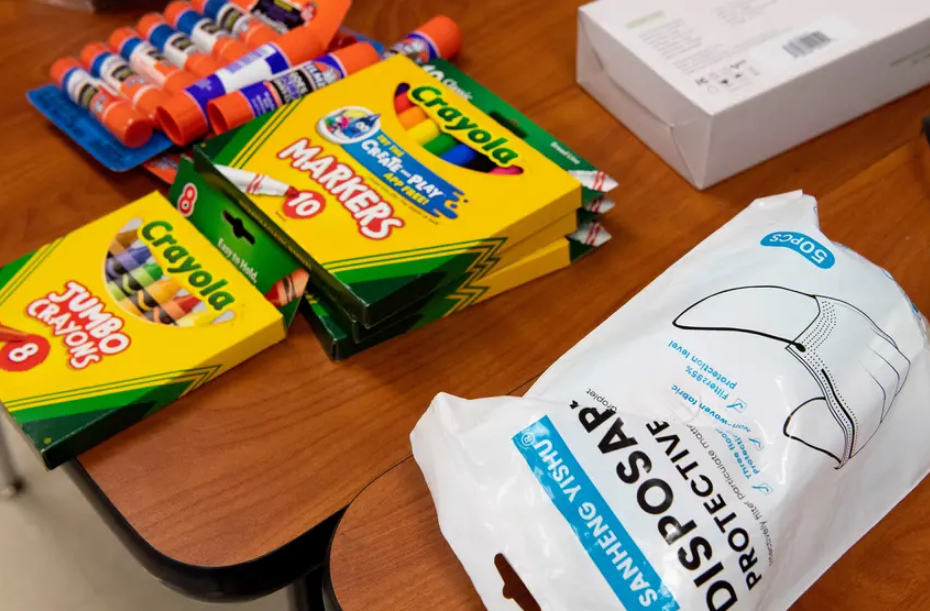 A group of parents are suing the Katy Independent School District, calling its continued requirement for masks in schools unconstitutional and a violation of Gov. Greg Abbott’s executive order from last month that lifted the statewide mask mandate, among other COVID-19 safety restrictions.

When Abbott announced his executive order, he did not address the ways rescinding the mask mandate affected public schools. In a later interview with radio host Chad Hasty, Abbott said he expected the Texas Education Agency to leave the decision to require masks up to local school boards.

The agency’s updated mask policy has allowed “local school boards have full authority to determine their local mask policy,” according to its website. In public planning guidance, the agency also recommends the use of masks.

Under Katy ISD’s policies, students who don’t comply with the mask policy will be moved to online school and aren’t allowed to participate in other student activities. Those who have medical conditions that preclude them from wearing masks must notify the school nurse and have documentation from their medical provider, according to the policy.

The lawsuit also argues under the U.S. Supreme Court’s decision in Brown v. Board of Education that forcing students to switch to virtual school is a form of “separate but equal” discrimination.

The Supreme Court case’s ruling focused on segregation between Black and white students in public schools and discrimination on the basis of race.

Experts at the Centers for Disease Control and Prevention say attending school in person can be relatively safe, if schools can contain the community spread of COVID-19 and follow safety procedures — including the universal and correct use of masks.

Jared Woodfill, the attorney who filed the lawsuit, said the district’s mask policy is illegal.

“You don’t create a policy that is geared around a minority,” Woodfill said of the fraction of students and teachers who are at risk because of health conditions.

Katy ISD responded to the lawsuit with a statement that it is complying with the agency’s public planning recommendations.

The lawsuit cites multiple international studies that show children are at low risk from COVID-19 and that masks do not prevent the spread of the virus. Although children are infected at lower rates, they are capable of spreading the virus to at-risk family members, and children with disabilities, who are immunosuppressed or who have other health conditions are still at high risk for severe symptoms from the virus, according to the CDC.

In the past, the TEA has opted against mask mandate enforcement in schools. Last November, the Tribune reported that North Texas-area Peaster ISD chose not to mandate masks as required, despite being in a county with more than 20 active cases. The agency said it would not take action because the concerns from parents “appear to be local in nature.”