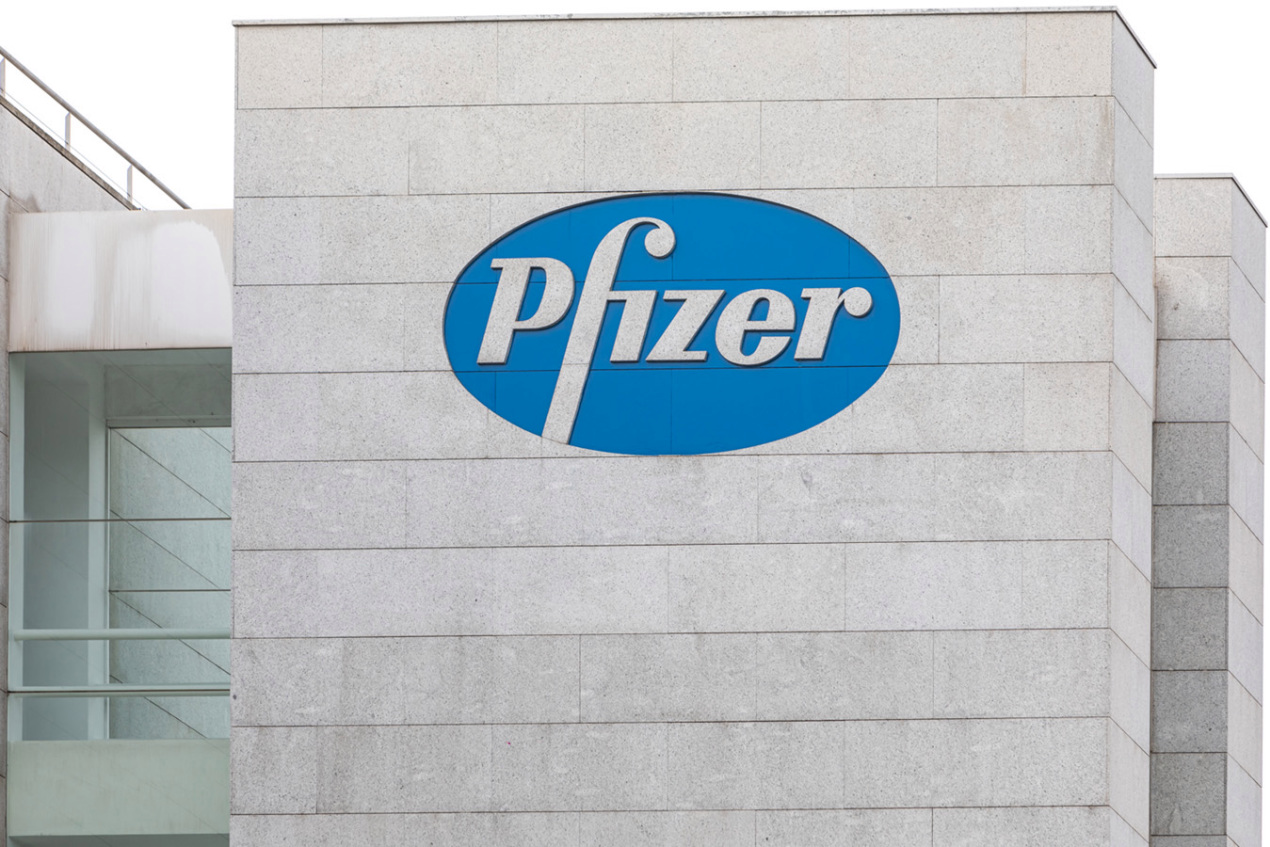 By making prohibitively expensive medicine essentially free for patients, the company induced them to use Pfizer drugs even as the price of one of those medicines, covered by Medicare and Medicaid, soared 44% to $225,000 a year, the Justice Department alleged.

Now Pfizer is suing Uncle Sam to legalize essentially the same practice it was accused of three years ago — a fighting response to a federal crackdown that has resulted in a dozen drug companies being accused of similar practices.

A Pfizer win could cost taxpayers billions of dollars and erase an important control on pharma marketing after decades of regulatory erosion and soaring drug prices, say health policy analysts. A federal judge’s ruling is expected any day.

“If this is legal for Pfizer, Pfizer will not be the only pharmaceutical company to use this, and there will effectively be a gold rush,” government lawyer Jacob Lillywhite said in oral arguments last month.

Pfizer’s legal argument “is aggressive,” said Chris Robertson, a professor of health law at Boston University. “But I think they’ve got such a political tailwind behind them” because of pocketbook pain over prescription medicine — even though it’s caused by pharma manufacturers. Pfizer’s message, “‘We’re just trying to help people afford their drugs,’ is pretty attractive,” he said.

That’s not all that’s working in Pfizer’s favor. Courts and regulations have been moving pharma’s way since the Food and Drug Administration allowed limited TV drug ads in the 1980s. Other companies of all kinds also have gained free speech rights allowing aggressive marketing and political influence that would have been unthinkable decades ago, legal scholars say.

Among other court arguments, Pfizer initially claimed that current regulation violates its speech protections under the First Amendment, essentially saying it should be allowed to communicate freely with third-party charities to direct patient assistance.

“It’s infuriating to realize that, as outlandish as they seem, these types of claims are finding a good deal of traction before many courts,” said Michelle Mello, a professor of law and medicine at Stanford University. “Drug companies are surely aware that the judicial trend has been toward more expansive recognition of commercial speech rights.”

Pfizer’s lawsuit, in the Southern District of New York, seeks a judge’s permission to directly reimburse patient expenses for two of its heart-failure drugs each costing $225,000 a year. An outside administrator would use Pfizer contributions to cover Medicare copays, deductibles and coinsurance for those drugs, which otherwise would cost patients about $13,000 a year.

Letting pharma companies put money directly into patients’ pockets to pay for their own expensive medicines “does induce people to get a specific product” instead of shopping for a cheaper or more effective alternative, said Stacie Dusetzina, an associate professor of health policy at Vanderbilt University. “It’s kind of the definition of a kickback.”

Government rule-makers have warned against such payments since the launch of Medicare’s Part D drug benefit in 2006. Drug companies routinely help privately insured patients with cost sharing through coupons and other means, but private carriers can negotiate the overall price.

Because Congress gave Medicare no control over prescription drug prices, having patients share at least part of the cost is the only economic force guarding against unlimited price hikes and industry profits at taxpayer expense.

At the same time, however, regulators have allowed the industry to help patients with copays by routing money through outside charities — but only as long as the charities are “bona fide, independent” organizations that don’t match drugmaker money with specific drugs.

Several charities have blatantly violated that rule in recent years by colluding with pharma companies to subsidize particular drugs, the Justice Department has alleged. A dozen companies have paid more than $1 billion to settle allegations of kickback violations.

Pfizer set up an internal fund at one of the charities, the Patient Access Network Foundation, to cover patient costs for a heart arrhythmia drug at exactly the same time it was raising the wholesale cost from $220 to $317 for a package of 40 capsules, the Justice Department said. Pfizer referred Medicare patients who needed the drug to the PAN Foundation, the government said.

Under such arrangements, every $1 million channeled through a charity “has the potential to generate up to $21 m[illion] for the sponsor company, funded by the U.S. government,” Andrew Baum, a Citi pharma stock analyst, wrote in 2017.

Pfizer settled the case, saying it was not an admission of wrongdoing but resulted from its “desire to put this legal matter behind us.”

The PAN Foundation and three other charities also made deals to resolve allegations that they functioned as disallowed conduits for patient assistance for multiple pharma companies. One organization, the Virginia-based Caring Voice Coalition, shut down after government scrutiny.

PAN’s settlement did not mention the alleged Pfizer transactions. Those were described in the separate government deal with Pfizer.

The 2019 PAN agreement related to “legacy matters” and “did not involve any of PAN’s current operations or disease funds,” organization CEO Dan Klein said via a spokesperson. “Nonprofit patient assistance programs like PAN are necessary to help people access the critical medications they need to stay healthy.”

Four penalized nonprofits agreed to stop directing money to specific drugs, but they continue to accept hundreds of millions of dollars in pharma donations to indirectly cover copays and other patient drug costs, organization reports and IRS filings show. HHS regulators allow the practice because the drug companies are not involved in deciding which patients and which drugs are subsidized.

Donations to six pharma-funded patient assistance charities reached $1.8 billion in 2019, only slightly less than the year before, a KHN analysis of their IRS filings shows. That was nearly 50% higher than the amount from five years previously, before the Justice Department started cracking down.

If Pfizer’s lawsuit seeking to earmark such donations for its tafamidis heart-failure drugs opens the way for similar practices industrywide, it would drive up Medicare costs through rising prices and numbers of prescriptions, said Gerard Anderson, an economist and health policy professor at Johns Hopkins University’s Bloomberg School of Public Health. Such a program for tafamidis alone would increase Medicare costs by $30 billion, the Health and Human Services Department’s inspector general estimated.

Pharma companies can “learn which patients are using the drug, and they can market [and offer financial assistance] directly to that patient,” Anderson said. “You get a huge return.”

Pfizer argues that its proposal, which the HHS inspector general called “highly suspect” in an advisory opinion before the company filed its lawsuit, is legal and sensible.

“Providing copay assistance to middle-income patients who have been prescribed tafamidis is an efficient and equitable way to lower their out-of-pocket costs,” company spokesperson Steven Danehy said.

But the real affordability problem for patients is that tafamidis is too expensive, federal attorney Lillywhite said in court arguments last month. (HHS’ Office of Inspector General declined to comment.)

Pfizer has “priced itself out of the market,” he said. The company is seeking to “do something that’s unprecedented, to upend decades of settled law and agency guidance” to boost sales of “what is the most expensive cardiovascular drug ever launched in the United States.”

After the oral arguments, Pfizer dropped claims that HHS rules violate its free speech rights. Judge Mary Kay Vyskocil is considering only the company’s contention that a dedicated fund for tafamidis would not violate kickback prohibitions because, among other arguments, it is the doctor who decides to prescribe the drug and create revenue for Pfizer, not the patient getting the financial assistance.

But legal analysts still see the case as part of a broad movement toward deregulation and corporate rights.

A 1970s Supreme Court case, viewed as paving the way for an explosion of drug, lawyer and liquor ads as well as corporate campaign donations, was about speech rights for prescription drug sellers in Virginia. In 2011 the court found that the First Amendment allows data miners to buy and sell prescription records from pharmacies, provided the patients aren’t identified.

A year later, a federal appeals court cited speech protections when it overturned the conviction of a pharma sales rep who had been promoting a drug for uses not approved by the FDA.

Even if Pfizer loses its case, the climate may be ripe for similar challenges by other drugmakers, especially after the appointment of more than 200 federal judges by business-friendly President Donald Trump, legal scholars said.

The federal kickback law doesn’t mention copay assistance charities “and wasn’t designed with these programs in mind,” said Mello, of Stanford. Pfizer’s lawsuit “should be a loud, clanging call to Congress” to explicitly define drug assistance subsidies as illegal kickbacks, she said.