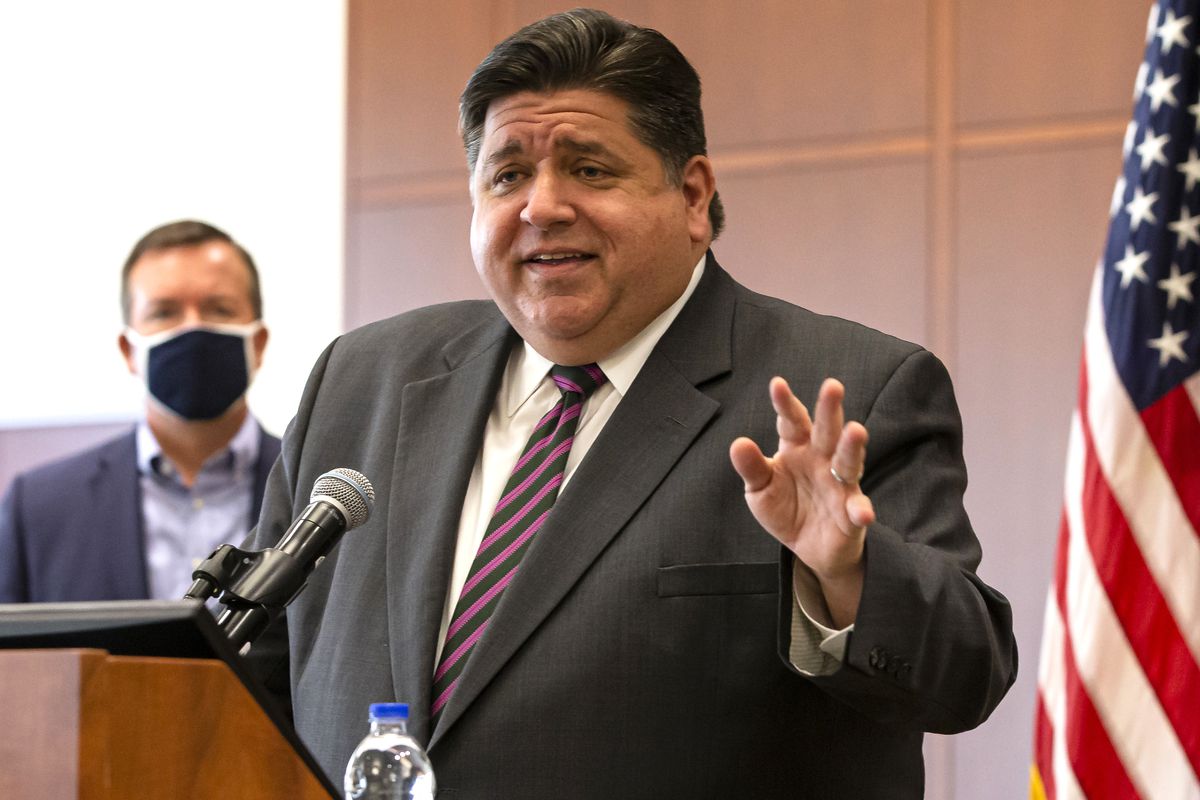 The plan to spend tax dollars in Illinois for the coming fiscal year includes providing up to $1 billion in tax relief, paying more than what’s required into public sector pensions, and putting hundreds of millions of dollars into the state’s depleted rainy day fund.

Gov. J.B. Pritzker delivers his State of the State and Budget Address at noon Wednesday. The next budget begins July 1.

During a briefing for the media Wednesday morning, Pritzker administration officials laid out the various elements of his proposed fiscal year 2023 budget, which totals $112.5 billion. Of that proposed spending, $45.5 billion would be from the state’s general revenue fund. The other dollars are federal passthrough funds.

The administration estimates a total of $45.8 billion in tax collections for the coming fiscal year, with expectations of nearly $890 million in income tax receipts. Officials note corporate tax revenues are expected to decrease.

A major cost in every budget is public employee pensions. The administration will propose fully funding the required contribution of $9.6 billion with an additional $500 million infusion. Administration officials say that will reduce the unfunded liability by $1.8 billion. The state’s unfunded pension liability is around $140 billion.

Already revealed is nearly $1 billion in tax relief the governor will propose in what his administration is calling the Illinois Family Relief Plan. The proposal would provide a temporary freeze of the annual gas tax increase that’s linked to inflation for a total of $135 million. Also proposed is freezing the grocery tax, totaling $360 million. Another proposal is up to $300 in property tax rebates for a total of $475 million.

Pritzker said Tuesday that record inflation and increased costs on consumers in combination with increased tax receipts drove the decision.

The budget will also propose increasing tax dollars for the state’s budget stabilization fund, commonly referred to as the rainy day fund. Pritzker administration officials said during the budget briefing that little has been invested in the fund over the past 20 years. Pritzker will advocate giving the fund $600 million in the current fiscal year and $200 million in the next fiscal year.

Officials also said they will propose using a portion of the state’s legal cannabis money for the rainy day fund. Part of the cannabis revenue is meant for paying unpaid bills. Changing that would require legislative action.

Among the many departments the Pritzker administration controls, the Department of Children and Family Services will see a proposed 15% increase, totalling $1.8 billion in state funds. There will be federal funds from the American Rescue Plan Act for the Illinois Department of Human Services totaling $5.25 billion.

Administration officials note some federal tax dollars for various programs, including billions for K-12 schools, but say they balanced the budget without those federal tax funds.

The Republican minority has been critical of that narrative.

“Money from COVID, that’s what he’s going to be using to quote-unquote kind of patch the budget instead of doing the real fundamental reforms that need to take place in this state,” said Senate Minority Leader Dan McConchie, R-Hawthorn Woods.

Following the governor’s address at noon from the Old State Capitol in Springfield, lawmakers will then begin hashing out details on a spending plan. Because of inclement weather, the General Assembly canceled session days this week. Both chambers are scheduled in session through April 8.