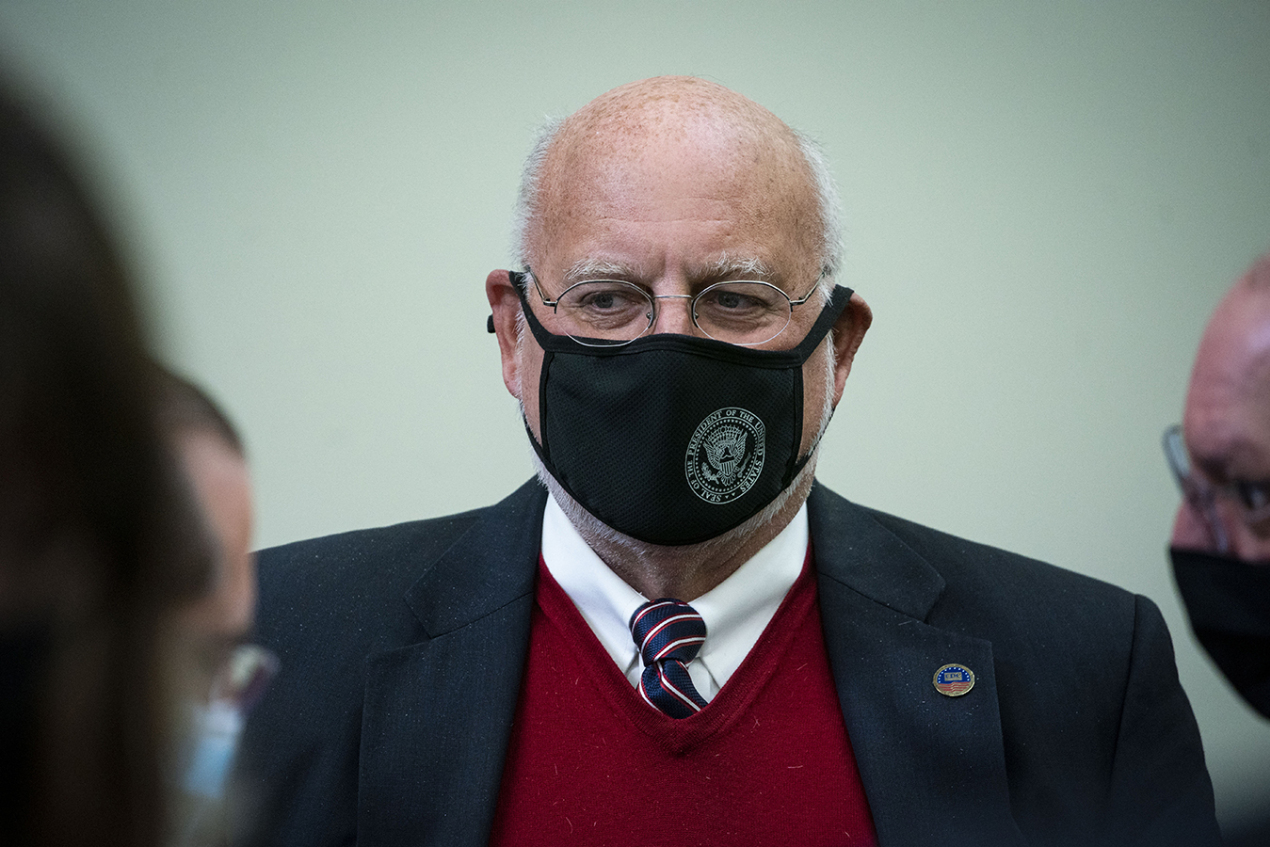 Dr. Robert Redfield, former director of the Centers for Disease Control and Prevention, has joined Big Ass Fans, lending his scientific credibility to a company division that says its ion-generating technology kills the coronavirus. The company charges $9,450 for a fan with technology that academic air quality experts question.

Dr. Robert Redfield, former director of the Centers for Disease Control and Prevention, has joined Big Ass Fans, lending his scientific credibility to a company division that says its ion-generating technology kills the coronavirus. The company charges $9,450 for a fan with technology that academic air quality experts question.

Redfield, who led the CDC during the Trump administration’s pandemic response, did not respond to requests for comment before publication. “Proper ventilation has a major role to play in mitigating transmission of COVID-19 and other respiratory pathogens,” Redfield said in a Big Ass Fans news release. “Big Ass Fans is a leader in designing airflow systems and making places where we live, work, and play, safer.”

“I’d much rather see good data transparently released than listen to Deborah Birx talk about how good this technology is when I know she isn’t an expert on air disinfection,” said William Bahnfleth, an architectural engineering professor at Penn State who studies indoor air quality and leads the American Society of Heating, Refrigerating and Air-Conditioning Engineers Epidemic Task Force.

Bertram said he studied the performance of various ion- and hydroxyl-releasing devices in classrooms and found that some emitted ozone, a gas associated with the onset or worsening of asthma. Others created other new small particles. When it came to improving ventilation, none performed as well as a HEPA filter, he said, which together with a MERV-13 filter in a heating system and increased outside ventilation is the standard recommendation. Bertram did not say which specific devices he reviewed, but said that will be detailed in a forthcoming study.

Big Ass Fans is entering the coronavirus air purifying market with brand recognition based on its uncontroversial air-moving mega-fans. Its Clean Air System fans are already used in schools and by companies such as Toyota, Tiffany & Co. and Orangetheory Fitness.

Some Clean Air System fans use UVC light, widely considered an effective air cleaning technology. Other fans use bipolar ionization, a technique that the Environmental Protection Agency warns is “an emerging technology, and little research is available that evaluates it outside of lab conditions,” adding that evidence of its effectiveness is less documented than the evidence for far more established choices like air filtration.

Big Ass Fans spokesperson Alex Risen stressed in an interview that its technology is just one layer of protection against the coronavirus. The company, headquartered in Lexington, Kentucky, says its technology “pairs scientifically proven air purifying technologies with powerful airflow solutions. This results in a system that kills 99.99% of pathogens to keep your people protected and your business booming.”

The company charges about $500 to $1,500 more for fans with Clean Air System technology.

In the pandemic, federal funding to buy such devices for schools has exploded, with roughly $193 billion available so far. Congressional Democrats are pushing for $100 billion more. With community pressure to reopen classrooms, school officials have begun to invest heavily in air cleaning technology, though some experts worry risks are not being considered.

The EPA has warned about bipolar ionization’s ability to generate ozone and other potentially harmful byproducts indoors. A study by top indoor air quality experts in the Building and Environment journal found that another company’s bipolar ionization technology created other byproducts, including toluene, which can have developmental effects after long-term inhalation exposure.

Risen, the Big Ass Fans spokesperson, stressed that its ionization technology does not emit ozone or other byproducts and is not “putting bad things into your lungs.” He said the products do not emit hydrogen peroxide. ActivePure, the air cleaning company Birx has signed on with, makes air cleaners that emit gaseous hydrogen peroxide, which it claims can seek out and destroy viruses, mold and bacteria, according to the KHN investigation.

“We know that we’re not producing any negative products,” Risen said. “We know that at the concentrations that you’re at, you’re not getting negative effects.”

Joe Urso, ActivePure Technologies CEO, said the “FDA has cleared a number of devices that emit hydrogen peroxide into the ambient air at a safe level for people to breathe, including our ActivePure Medical Guardian.”

Bahnfleth said Big Ass Fans had made more of a good faith effort with its studies than others in the market. But he added that, without measuring potential gaseous byproducts, the research was not complete.

Stephens added that the controlled testing spaces — without people or furniture or other products that would be in a classroom or office — did not reflect real-world circumstances. And he worried about the “really high” ion counts, saying he would not recommend them for occupied spaces.

Bahnfleth echoed Stephens’ concerns, pointing to a study that showed adverse health effects such as increased oxidative stress levels — which are linked to cancer and other neurological diseases — for those exposed to a high number of negative ions. Experts said more research is needed, as bipolar ionization, like that used by Big Ass Fans, produces both positive and negative ions.

Risen defended the safety of ions in an interview, noting they occur naturally.

It’s hard to tell if the fan moving the air or the bipolar ionization is having an impact on the virus in the studies provided by Big Ass Fans, said Delphine Farmer, a Colorado State University associate professor who specializes in atmospheric and indoor chemistry. Also, she said, without real-world testing, it’s unclear what sort of reaction this product could have when exposed to classroom fumes from paint, glue or markers.

“Anything that actually destroys a virus is potentially doing other chemistry as well,” she said.

Another Clean Air System study claimed a 99.999% reduction of the virus that causes covid from the air.