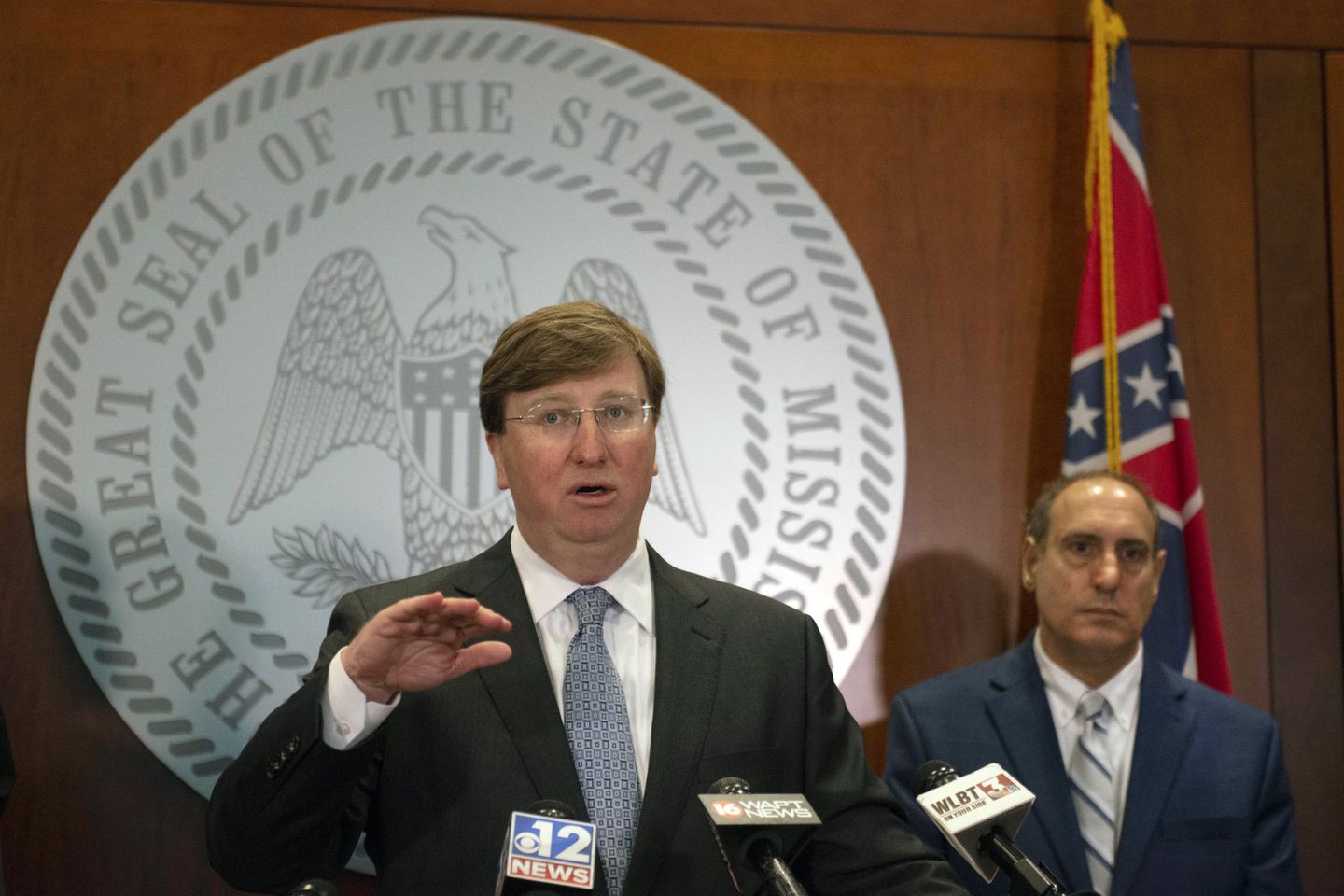 The elimination of the individual income tax is just one of Gov. Tate Reeves’ Executive Budget Recommendations for the coming fiscal year.

In a Monday news conference, Mississippi’s 65th governor outlined how he hopes to move the state forward in the job market while at the same time giving the state’s residents more money to work with to take care of themselves and their families.

“If we want to be competitive, we must be capable of pulling out a map of the United States and recognize that Texas is to our West, Florida is to our East, Tennessee is to our North,” Reeves said. “We compete with them every single day for new jobs, and in every instance, we are at a disadvantage because they don’t have an income tax and we do.”

Reeves said the state’s collection efforts during the COVID-19 pandemic have put the elimination of the tax within reach.

“We are proposing in this budget to allocate $1 billion in excess revenue towards eliminating the individual income tax,” Reeves said. “It will allow us to eliminate the 4% bracket in this fiscal year, or next fiscal year. To prevent increasing taxes in other areas, we must couple this tax cut with budget caps.”

Reeves said the goal is to eliminate the income tax in five years while not increasing taxes.

“I am opposed robbing Peter to pay Paul,” Reeves said. “I am opposed to cutting taxes here and raising over there. That is a tax swap. I want Peter and Paul to get more money in their pocket. I believe eliminating the income tax is a pay raise for every taxpayer in Mississippi. This will fuel the economy for decades to come, make us more competitive, grow jobs, and grow per capita incomes.”

Reeves has set goals in his plan for improving education, increasing the number of police, raising the per capita income, proving better health outcomes, and expanding access to broadband are key priorities in his budget recommendations.

The governor said he plans to spend $130 million in American Rescue Plan Act funding on workforce development and training.

“We must train for the jobs for the next 50 years, not the jobs of the last 50 years,” Reeves said in his address. “I have allocated $130 million towards Accelerate Mississippi to create a competitive proposal process with our community colleges and four-year universities to create and expand programs for high demand professions in health care, cybersecurity, engineering, fiber installation, and commercial trucking.”

Education is another focus for the governor, who wants to invest $3 million on math coaches to help students achieve and has set a goal to have each school offer a computer science courses with a $2 million investment. He also wants to invest $400,000 into schools for Career Technical Education.

Reeves is also pursuing free and fair elections as he wants to ensure each person voting is legally permitted to vote.

“We need to clean up state voter rolls,” Reeves said. “I want each county election office to distribute notices to each person on the voter roll. I want them to remove anyone who doesn’t respond, update voter registration for those registered and remove anyone who hasn’t voted at least once during the past four years, including two general federal elections.

“By implementing my proposal, we would be a leader in security and integrity and votes will have confidence in the state’s electoral system.”

Reeves said he wanted to “make it easier to vote, harder to cheat.”