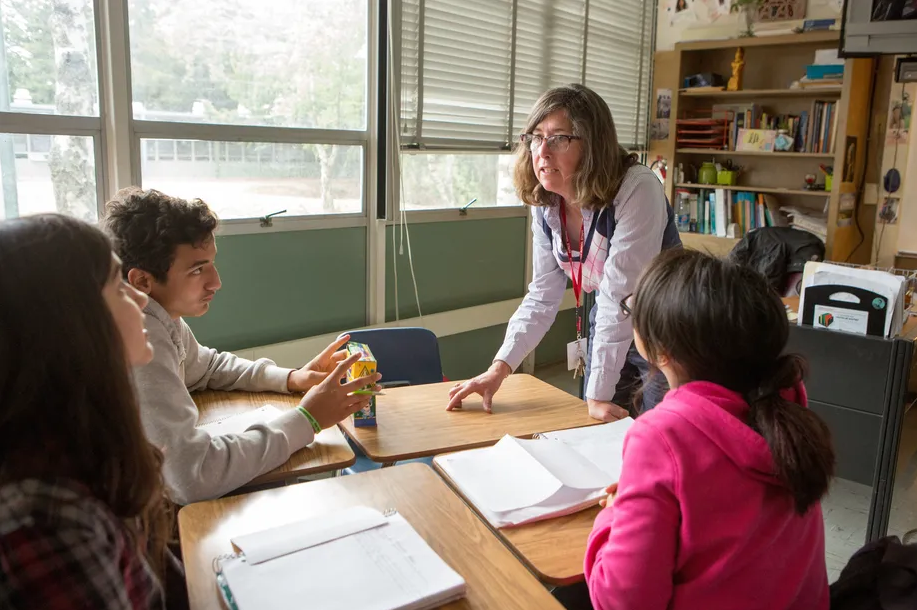 Selma City Schools in Alabama didn’t have any of its own social workers last year. Over the next few months, the district plans to hire four.

A few of its eight schools lacked a full-time counselor last year, too. This year, there will be a counselor for each.

“We need the additional support so that we can engage the families, so that we can address any trauma or mental health issues,” said Superintendent Avis Williams.

Students in her district, which has high rates of poverty and homelessness, would have benefited from that support before COVID, she said, and now their needs are even greater. “If we do not address those areas, then learning will absolutely be negatively impacted,” she said.

Many of her colleagues across the country are making similar moves thanks to an infusion of federal dollars, according to a new national survey. Three quarters of school district leaders say they want to add or have already added mental health–focused staff, it found.

That means that as students return to school, some will be greeted by an unprecedented amount of mental health support — although it remains unclear whether this will be enough to address students’ needs in the wake of the pandemic.

”We’ve heard from superintendents saying that students’ mental health — and staff mental health — are of top concern to them,” said Heather Schwartz, a researcher at RAND, which released the results of the survey Monday. “This is districts trying to respond.”

There have been a number of signs that the deadly pandemic, which has disrupted schooling and everyday life, has caused students’ mental health to suffer. In one survey from earlier this year, a majority of teenagers said their stress had spiked and their mental health had deteriorated since the pandemic hit. Another recent poll found that most high school students have felt disconnected from their teachers and classmates. Meanwhile, nearly 120,000 children have lost a parent or primary caregiver to COVID, according to one federal estimate.

The RAND survey of superintendents, conducted in June, confirms that schools are trying to address these challenges. Forty-four percent said they had already added staff focused on mental health, while another 32% said they want to bring on more staff but hadn’t yet.

But just because a school wants to hire, doesn’t mean they’ll be able to — or to sustain the support over the long term.

Jeff Dillon runs a small school district in rural Idaho, about 45 minutes west of Boise. With new federal money, he was excited to bring on the district’s first full-time counselor to work in both of its two schools. The problem: no one has applied for the role.

School starts this week, and Dillon expects the position to go unfilled. He’s also resisted raising the salary for the position, knowing the federal money is temporary.

Schools are trying to hire in many other areas too, the RAND survey shows. Most superintendents have brought on more teachers, paraprofessionals, and janitors, or want to soon.

Selma, for instance, has hired several teachers to staff a newly created virtual academy and plans to hire a dozen retired teachers as interventionists to help fill in learning gaps. But they too are struggling to hire as the school year is about to begin.

Los Angeles, the country’s second largest school district, has been looking to hire over 4,000 new professional staff but had filled less than half of those positions by the end of July, according to the Los Angeles Times.

Substitute teachers appear to be in particularly short supply. Sixty-three percent of superintendents said they want more subs but haven’t hired them yet, according to the survey.

This article was originally posted on Schools across U.S. staff up to address pandemic-fueled rise in mental health needs