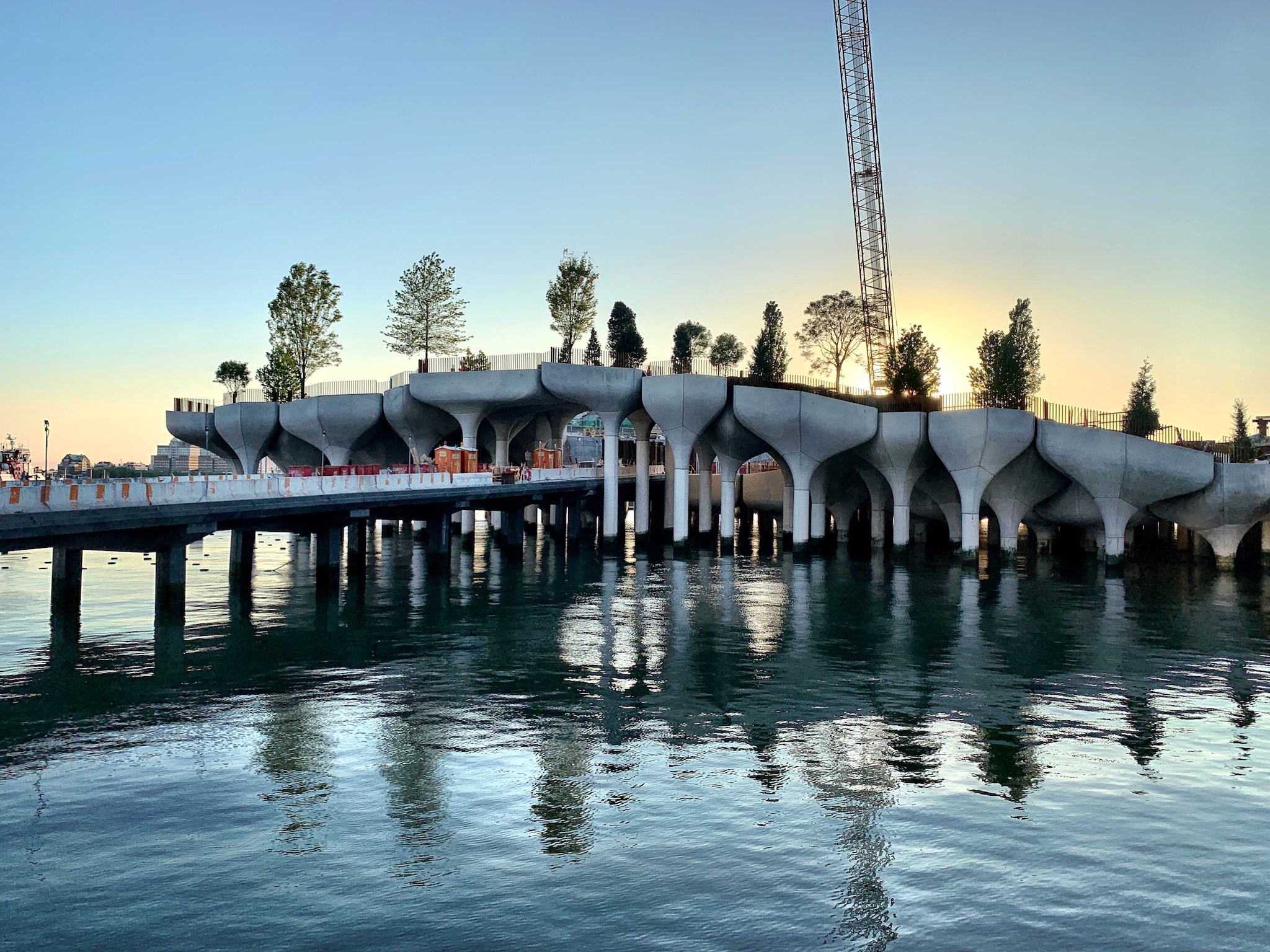 Despite departing other high-profile positions amid a slew of allegations about abusive behavior, famed producer Scott Rudin will remain as an advisor at a new Hudson River island-park built by his friend, media mogul Barry Diller, THE CITY has learned.

Little Island — the new Hudson River park-on-stilts bankrolled with a $250 million gift from power couple Diller and Diane von Furstenburg — lists Rudin as a major creative force driving the programming there. The space is weeks away from opening off Pier 55 on Manhattan’s West Side at around 15th Street.

Diller confirmed to THE CITY on Monday that Rudin will stay on an advisory board for the island. In a statement, Diller defended Rudin as a frequent collaborator who’s lived an “outstanding creative life.”

“I’ve never witnessed, nor heard of a single instance in all that time that would even be on the outskirts of anti-social behavior,” said Diller. “It is profoundly the opposite — and I believe that would be attested to in the thousands. All I’ve ever known of his behavior is that of one of the great creative collaborators and creators across the entire spectrum of entertainment.”

Rudin has been a part of the plans for Little Island, once nicknamed Diller Island, as far back as 2014 when the billionaire tapped him to oversee events there. A press representative for Little Island did not respond to a request for comment.

In recent weeks, Rudin has experienced a rapid fall from grace after a story in The Hollywood Reporter detailed allegations that he abused legions of employees. In mid-April, Rudin announced that he would no longer manage his Broadway shows, including “To Kill a Mockingbird” and “The Book of Mormon.”

On Saturday, he resigned from the powerful Broadway League trade association. The day before, the NY PopsUp festival, designed to revive New York’s performance industry, revealed that Rudin would “step back” from day to day operations.

NY PopsUp did not answer questions from THE CITY seeking clarity on what role Rudin is still playing with the festival, or whether he may return. Little Island was set to tap Rudin’s movie and theater production experience to put on the series of NY PopsUp events there this summer, Gov. Andrew Cuomo had announced in January.

Through years of controversy and a lawsuit in which the project stopped and started again, Rudin has remained on the Little Island team. The island was put on final track to completion in 2017 after Cuomo brokered a deal between Diller and opponents who had threatened a legal battle.

Together with Broadway luminaries George Wolfe and Steven Daldry, Rudin was slated to help bring music, dance and theater to the island, The New York Times reported in late 2018. Once opened, the new green space built on concrete pylons over the river will feature a 700-seat amphitheater.

Rudin and Diller are longtime friends who have worked together often, according to a 2018 New York Times profile — in which Diller, riffing on the #MeToo movement, said “all men are guilty.”

Accusations have mounted against Rudin since ex-staffers went public earlier this month with tales of a boss who was “unhinged,” abusive and violent.

Last week, theater workers marched against the powerful producer, demanding workplace changes in the industry. And this weekend, The New York Times published a new report about his behavior, including a damning account from actor Rita Wilson.

She said when she was diagnosed with breast cancer in 2015 while starring in a Rudin-produced play, he complained that she would need to take time off during Tony Award voting season. He also demanded to see her medical records, and made her feel “worthless, unvaluable and replaceable,” she told the paper.

A spokesperson for Rudin declined to comment on behalf of the producer, referring a reporter instead to a previous statement made about his diminished role with NY PopsUp.

Diller said he knows of “no one who is more selfless about the work.”

That’s “one of the prime reasons” Rudin stepped back, “so that he does not impair the productions in any way with his personal issues, and out of respect for the performers and staff,” Diller said in his statement.

“I don’t condone nor am I an apologist for actions relating to his work in his personal office but I do believe separate and special consideration be given to his work outside of that office, where to my knowledge he hasn’t been reprimanded or criticized for anti-social behavior by anyone in over 35 years of being in the center of an outstanding creative life,” Diller added.