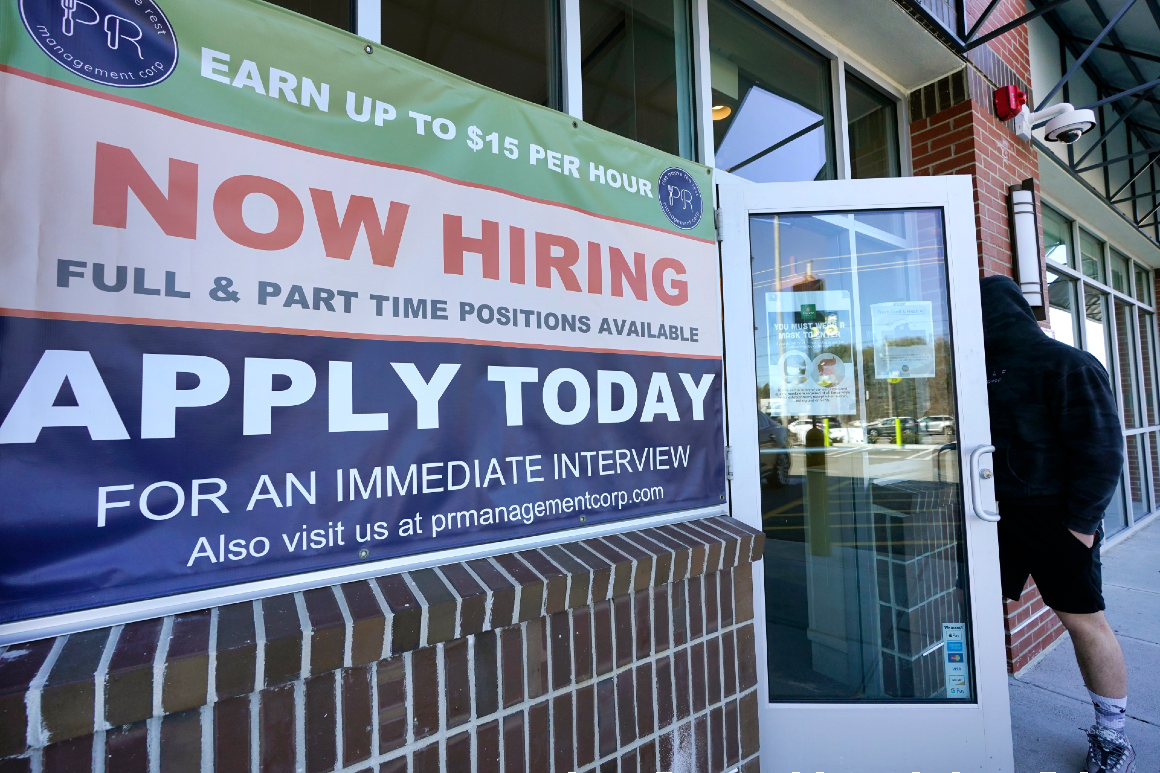 Small business owners are continuing to have problems attracting new workers in the wake of the coronavirus pandemic and are trying to entice them with new incentives, a new report from the U.S. Chamber of Commerce shows.

“Small businesses are bearing the brunt of the current worker shortage,” said Tom Sullivan, vice president of small business policy at the Chamber. “Many have given up on actively recruiting new workers as it is too hard to find skilled and experienced workers for their open positions.”

For those owners who are still trying to fill open positions, they have had to change their approach. Nearly three-fourths – 72% – report they have changed their hiring practices to attract new talent.

Many business owners say they are having a hard time competing with the federal government’s supplemental unemployment benefit program, which pays $300 a week on top of state benefits. A survey from Morning Consult released Wednesday found that 1.8 million Americans have turned down jobs even though they were unemployed saying, “I receive enough unemployment benefits without having to work.” The federal program is slated to expire in September, though many Republican-led states opted to end it early because of the hiring crisis.

Moving forward, an equal number of small business owners said they are either more optimistic or more pessimistic compared to before COVID-19 hit.

At this point, just one-third of owners say they have actively begun to recruit, interview or hire new workers.

The poll was taken during the third week in June and sponsored by the financial services and insurance company MetLife.

“We are so desperate for workers that if 15 people showed up at our front door tomorrow morning with work boots on and a willingness to landscape, we’d give them the keys to a truck and put them right to work,” said Ian MacLean, president of Highland Landscaping in Southlake, Texas, and president of the Chamber’s Small Business Council.

More than half of small business owners, 55%, think the economic climate will return to normal in six months to a year. Only 27% think that will occur in less than six months.

More than 60% of owners, however, are concerned about the pandemic’s effect on the well-being of their employees, themselves and their business.

“Workforce shortages are beginning to negatively impact our business,” Joe Shamess, co-founder of Flags of Valor in Winchester, Va., told the Chamber. “We are running lean, due to rising costs of supplies and the inability to find qualified and willing employees. The difficulty in hiring is an added cost because of the time devoted to finding talent and widespread wage inflation.”

Overall, 62% of owners say they are concerned for the future of their business, although that is down from 76% in the first quarter poll.