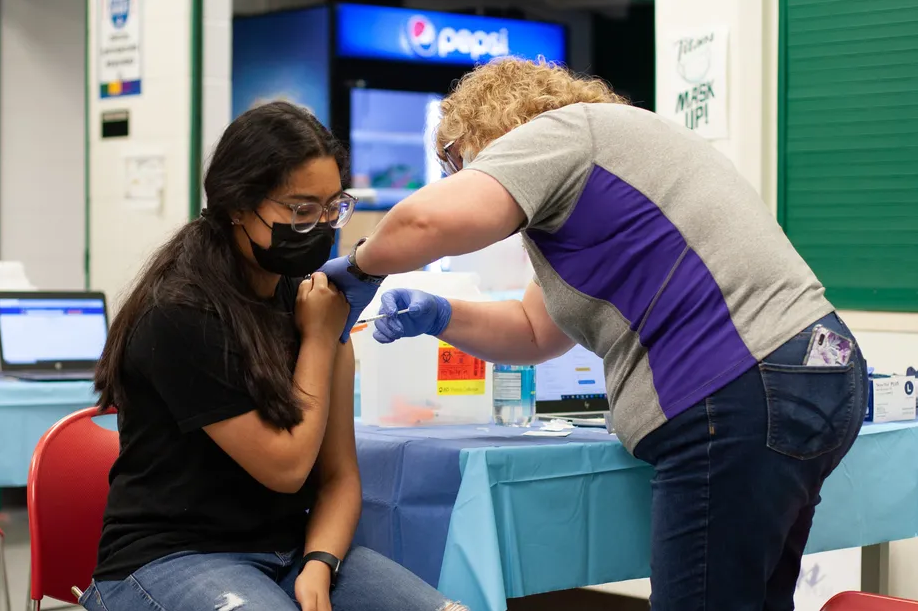 More than 1,200 of Indiana’s nearly 2,200 schools are not reporting their COVID-19 cases to the state this school year, health officials said Friday, as positivity rates and hospitalizations for children rise across the state.

In a news conference, State Health Commissioner Kris Box emphasized that these schools are out of compliance with Indiana code, which requires institutions like schools to report cases of COVID-19 in group settings.

This helps the state determine the number of students who need to be quarantined in order to reduce transmission of the disease.

“We do know, because we get lots of calls from school nurses, from parents … that there are many students being quarantined sometimes, but not positive cases reported,” Box said. “Other times, even individuals who are positive, if they’re asymptomatic, are allowed to come to school. And those are not being reported to us.”

The update comes at the beginning of a new school year and in the midst of a COVID-19 spike in Indiana. The state now has a positivity rate of 10.8%, up from just over 2% at the end of June, driven largely by the highly contagious delta variant, according to Box. Cases have risen sharply for children in all age groups, Box said at the news conference.

Box said having students in schools together is contributing to the rise in cases but that it would be possible to decrease the spread if students, teachers, and staff wear masks all day.

Beginning next week, the state will add a toggle feature to its online dashboard to separate the number of cases reported in schools this school year from the year before in order to give a more accurate picture of transmission.

The state is also encouraging more testing and vaccinations, especially in school environments.

Based on a survey sent to 2,000 schools to gauge interest in testing via BinaxNOW cards, a type of rapid COVID test. the state believes only around 10% of schools statewide are offering testing, according to Box.

Of the 318 schools that replied to the survey, around 53% indicated an interest in providing testing, and 35% indicated they already have testing in place.

Around 52% of all eligible Hoosiers are fully vaccinated.

While a number of Indiana school districts have put mandatory masking policies in place since the beginning of the year, Box said there is no state study showing the impact on pediatric cases.

Instead, she pointed to a July study from Duke University that showed the widespread use of masks in schools can reduce COVID-19 transmission.

“We want them in schools in in-person instruction, and the way to do that is layered mitigation,” Box said. “Get vaccinated, and wear your masks.”