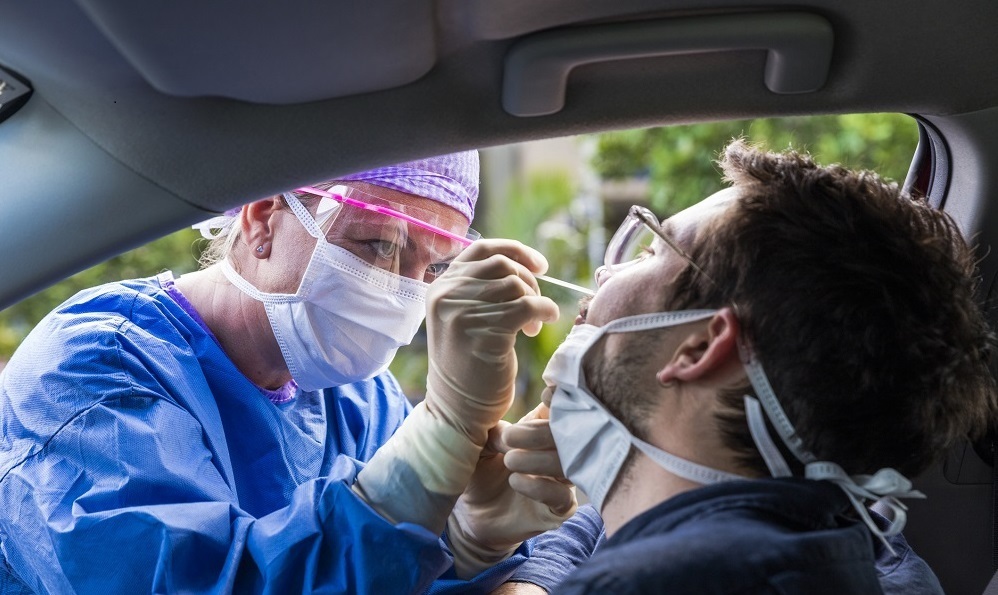 Spokane County Commissioners Al French and Josh Kerns expressed frustration this week with “misleading” reports being circulated in the press and on social media about the county’s decision to reduce the size of its lhealth district board.

They insisted the restructuring of the Spokane Regional Health District board from 12 to 8 members was allowed by a new state law and was not a “political power grab” as some had claimed.

“There’s been a lot of misinformation and political posturing over these last many months,” said French on Tuesday. “Even the legislator who has criticized us for following the law and not his intent or what was in his mind when he voted for the bill.”

The commission was set to vote Tuesday on the appointment of Dr. Alycia Policani, a medical professional, Charlie Duranona, a community stakeholder, and Christopher Patterson, a consumer of public health, to the board. However, French said he first wanted to add some comments to the record.

French said it was first important to note that the health district did not make medical decisions. Its role is to serve as a vehicle for the community to address public health issues, such as the COVID-19 pandemic.

“Our response to the pandemic is not a one-person response, but is an organizational response,” he said.

French then referenced criticism from Spokane Democratic Rep. Marcus Riccelli, about the county’s reconstitution of the board.

Riccelli has accused the commission of engaging in a “turf war” tied to the firing of Dr. Bob Lutz, the top health official, in 2020.

Lutz announced this week that he is suing the health district for “wrongful termination” and “defamation.” Spokane Regional Health District Administrator Amelia Clark said in October 2020 that Lutz was asked to resign due to “performance issues.”

Riccelli said he introduced House Bill 1110 in 2021 to provide people with public health and medical knowledge more influence over decisions. HB 1110, which was endorsed and signed into law by Gov. Jay Inslee, requires an equal balance between elected and non-elected members on a health board.

Riccelli told media outlets that Spokane County had “completely violated the spirit of the law” by reducing the size of its board. He said the change limited the number of medical professionals who could serve.

French, who has served on the board of health for 17 years, said Riccelli’s accusations that the county was hostile to input from medical professionals was simply not borne out by the facts.

From the early 1970s to 2011, French said there were no doctors on the local health board. He said Lutz was appointed in 2011 as the first physician to serve in more than 40 years and Andrea Frostad, a dental hygienist, was subsequently added.

He said doctors do not dominate the boards of area hospitals and the health district had been trying to maintain the same balance of viewpoints.

Per the new law, the three commissioners, French, Kerns and Mary Kuney, were each automatically given a seat on the board of health. They made the decision to eliminate the five seats representing the cities of Spokane and Spokane Valley and chose Millwod Mayor Kevin Freeman as the sole representative for cities and towns within the county.

Riccelli accused the commissioners of not appointing city councilors from Spokane, the largest municipality in the county, because these three officials had voted against the firing of Lutz.

“This was a direct attempt to cut particularly the city of Spokane out of the decision-making process,” he said.

Kerns subsequently explained to media outlets that the county chose to have a smaller board for two main reasons: First, the county alone funds the health district; and second, the commissioners represent all county residents.

“We are everybody’s voice on the board,” he said.

The community stakeholder category does not have much affiliation with health care and can be a businessman, veteran, member of a nonprofit or any in any other role.

“Those who are unhappy with the law should talk to your legislators; we are trying to abide by the law,” said French.

He and Kerns contend that if Riccelli had wanted more public health professionals and more elected city officials on the board, he should have written that into the bill.

The health district board will change again when Spokane County moves from three to five commissioners. When that happens later this year as part of redistricting due to population growth, all five elected officials will sit on the board.

That, in turn, will force the commissioners to add two more unelected representatives to maintain an equal number of elected and unelected board members. Starting in 2023, the board will have a minimum of 10 members.