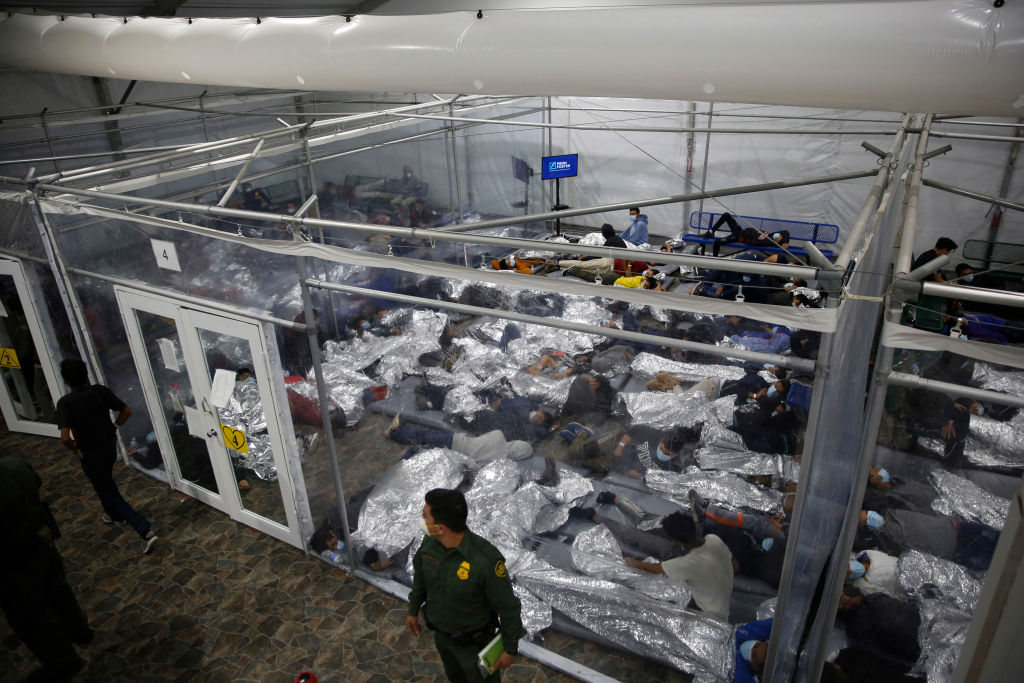 I recently traveled to the southern border with colleagues from both sides of the aisle to see the unfolding crisis firsthand and come up with solutions. The surge and resulting chaos is well documented.

Customs and Border Protection reported more than 172,000 total encounters at the border in March, up 70% from February and more than five times the March 2020 numbers. This includes more than 53,000 migrant family members, a more than 1,000% increase from March 2020; nearly 100,000 single adult migrants, an increase of 275% versus last year; and nearly 19,000 unaccompanied children, double the amount that crossed our border in February and a nearly 500% increase from March 2020.

The reason for the crisis is clear. The Biden administration’s policy changes encouraged families and unaccompanied children, mostly from the Northern Triangle countries of Guatemala, Honduras and El Salvador, to come to our southern border and apply for asylum. Traffickers are telling families they can come into the U.S. if they pay to make the treacherous trip north, then apply for asylum at the border. Under the Biden policies, there is a lot of truth to that.

The legal process to grant asylum takes several years, with a 1.2 million-person backlog and only about a 15% success rate for asylum applicants. Most waiting for immigration court dates or appeals are already in the United States and many do not show up for their court dates. People know there is very little chance they will be deported. In fact, more than 95% of the families who were released into the United States pending their asylum decision during the last surge in 2019 are still here.

Unfortunately, much of this overcrowding and chaos could have been prevented. Upon taking office, the new administration took a number of actions, including canceling the Trump administration’s Migrant Protection Protocols, which required immigrants to remain in Mexico while applying for asylum; announcing a 100-day pause on all deportations; halting construction of an essential part of the border wall; and reversing the Title 42 public health emergency travel restrictions for unaccompanied children and some families. The career professionals I spoke to at the border say these changes are the main reasons for crisis.

The Biden administration must change course before it gets worse. It should start by reinstating the ability to turn people back under the COVID-19 health emergency under Title 42 while implementing the following policies:

Second, give families and children seeking asylum relief a way to apply in their own country or a neighboring country rather than making the treacherous trip north. The Biden administration should do this by reviving the Safe Third Country agreements with Mexico and the Northern Triangle countries and working with the United Nations High Commission on Refugees so that individuals can seek asylum and are resettled in the country that makes the most sense for their situation – be it a neighboring country or the United States.

Third, the Biden administration should stop releasing children and families into the U.S. and instead restart and expand a pilot program that allows for due process through a rapid adjudication of asylum claims at the border, starting with the most recent cases. This will require additional resources, but it is worth it because it will create a powerful disincentive for future migration if people know they will be in custody on the border while their claims are being resolved.

Fourth, because American jobs are the magnet, the E-Verify program, which checks if a worker is legally eligible to work in the United States, must be made mandatory for all businesses, backed up by employer sanctions.

All four of these proposals would reduce the current incentives, or “pull” factors, to cross the border.

Congress and the administration should also provide additional smart development aid to the Northern Triangle countries to help with the long-term “push factors” that encourage people to leave their homes. This new assistance must be conditioned upon transparency and adherence to the rule of law, as well as assistance in the asylum process.

There is no doubt this is a difficult issue, but it can be addressed by putting in place sensible policies like these to reform the asylum process and better secure the border.

The American people support legal immigration, and over 1 million people a year, including thousands from Central America, come to our country legally. But the American people want to see the Biden administration work with Congress in a bipartisan basis to resolve the crisis at the border and come up with an orderly and legal process.

Without such action, the crisis will only grow worse.