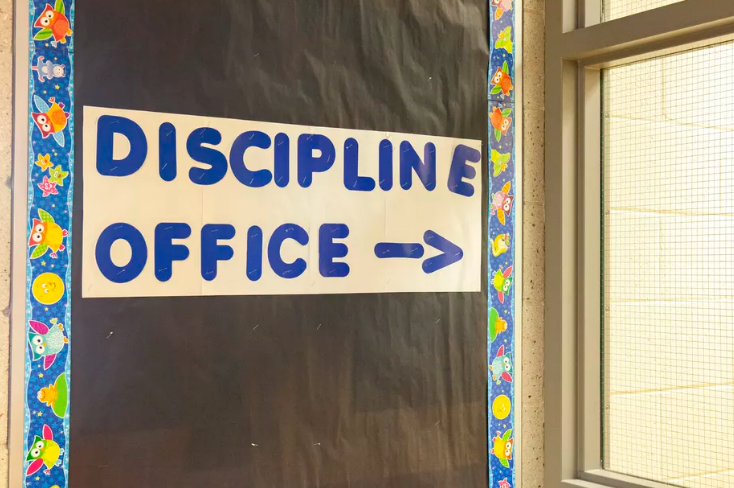 A Tennessee bill that could empower teachers to remove students with chronic discipline problems from their classrooms is moving quickly through the House of Representatives while also raising concerns that it might disproportionately affect students of color or students with disabilities.

The Teacher’s Discipline Act would create a uniform referral process allowing teachers to petition for removal of a student who repeatedly or substantially interferes with classroom learning. The proposal is backed by the Professional Educators of Tennessee, which says out-of-control behavior by some students is driving teachers out of the profession.

However, several student advocacy groups believe the legislation could unfairly affect some historically underserved students. Decades of research shows that schools disproportionately discipline students who are Black or who have special needs. Advocates worry that those students would be far more likely than their classmates to be disciplined, removed from the classroom, suspended, and even expelled under the legislation.

The bill has resurrected the perennial debate over how to help teachers manage disruptive, aggressive, or violent student behavior without targeting disadvantaged students for disciplinary action that could cause them to fall behind academically or even drop out of school.

“There comes a point when we have to do something different for the other 29 kids in the classroom who want to learn. We have to discipline the child,” Rep. Scott Cepicky told Chalkbeat Monday.

The proposal, which is cosponsored by Cepicky and fellow Republican Sen. Joey Hensley, includes a six-step referral process.

The teacher must document actions taken to address a disruptive student’s behavior, speak with the student’s parent or guardian, and bring in a school counselor or other helping professional to offer assistance, among other steps. When all steps are exhausted, the school principal would take action based on the district’s discipline policies or student code of conduct. That could include placement in another classroom, in-school suspension, referral to an alternative education program, or denying the teacher’s petition and finding support to help the teacher.

On Wednesday, the bill sailed through a second House education panel. Supporters testified the legislation would give a voice to exasperated teachers and a common-sense intervention process to keep unruly students from falling through the cracks.

Linda Cash, superintendent of Bradley County Schools, liked that the legislation mandates involvement from a parent, a counselor, and ultimately the principal.

“I know it’s called the teacher discipline bill, but in my opinion, it is more about collaboration,” she said.

While no one has testified against the bill, a few legislators and student advocacy groups oppose it. They believe racial and special-needs disparities will grow more stark if teachers have more leeway to remove students from class.

For instance, severe disciplinary actions against Black students could stem from implicit bias. While federal law prevents removing students with disabilities from classrooms, students who haven’t yet been identified as having a disability could be affected. Behavioral problems are often a key indicator that a student should get screened, said Brian Keller, an attorney with Disability Rights Tennessee, which opposes the bill.

“I think this is a step in the wrong direction,” said Sen. Raumesh Akbari, a Memphis Democrat and the only Black member of the Senate Education Committee, which is scheduled to take up the bill next week. “Instead of being punitive, we should focus on root problems of misbehavior.”

That would mean investments in social and emotional learning, physical and behavioral health, and social services, plus training for teachers and school staff on trauma-informed care.

“I’m not denying there are behavior issues in our classrooms,” said Gini Pupo-Walker, a former teacher who is state director of The Education Trust in Tennessee. “But we have to decide if we’re about supporting and healing and helping students or punishing them for behavior that often is caused by a whole range of circumstances beyond their control.”

This is the second time the bill has been introduced in Tennessee’s legislature. The measure passed unanimously last year in the House, but the Senate didn’t get to it when the pandemic interrupted legislative business.

Several teachers testified last spring that rowdy students often prevented them from effectively teaching the rest of their class. One said students had assaulted him on several occasions, and another said school administrators routinely ignored her write-ups of chronically disruptive students.

“I believe the general public has no idea how bad these behaviors have gotten,” said Angie McClanahan, an eighth-grade teacher in Columbia. “I know of no other profession where you can be verbally assaulted on a daily basis and there’s no consequence and there’s no outcry from it. We are begging for help.”

Such stories are the reason for the bill, said JC Bowman, executive director of Tennessee Educators of Tennessee.

“When we survey our members and teachers, student discipline consistently ranks in the top 5 concerns,” Bowman said. “Present law requires each school system to adopt a discipline policy or code of conduct, but there’s not a process for how to use those. This bill will make sure there’s a process at the building level.”