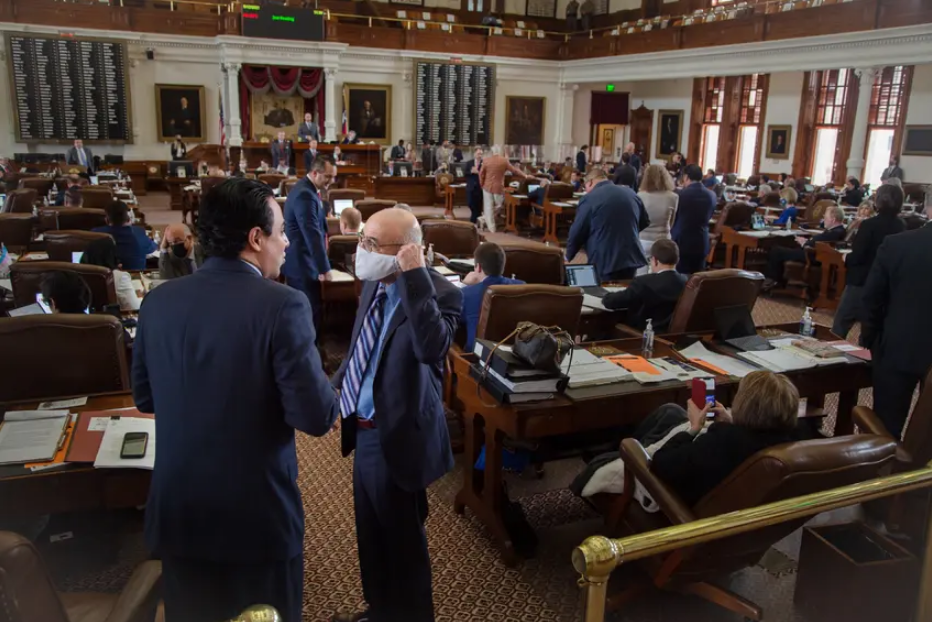 Maybe your job is like this, too: The Texas Legislature does most of its work on deadline.

And here we are, with two weeks to go in the regular legislative session, and many of the big things that appeared on the to-do list back in January remain unfinished.

Broadband expansion is headed for a study, though the federal pandemic relief includes some money to get internet service into some places that don’t have it now. Abbott’s other issues are still alive, though, and one — the voting changes proposed in Senate Bill 7 — could be the subject of negotiations after the House approved a much more modest set of voting restrictions than the Senate approved.

If you’re an expert-level government nerd, you might remember Lt. Gov. Dan Patrick’s long wish list — the Senate bills with the lowest numbers of 1 through 31. It overlapped with the governor’s a bit, and included the budget, which is often called the only bill that really must pass.

As of Friday morning, about a third of those bills were in final stages, a good number were still locked in House committees, and others will survive if they get some elbowing; that is, they can still be shaken loose.

This is the kind of thing that makes legislators and the people around them nervous.

Legislation that has won approval from both the Senate and the House is trickling into the governor’s office for signature, for approval without signature, or for vetoes. Abbott has said, for example, that he’ll sign a bill that outlaws abortions after the sixth week of pregnancy.

Some bills are headed for conference committees made up of five senators and five House members who work out the differences between what the full Senate and full House approved. A prominent example is House Bill 1927, which would allow Texans to carry guns without licenses or permits. The governor has said he’ll sign that one, too, if legislators send it to him.

It’s always dangerous to call anything completely and utterly dead while the Legislature is still in business, but some bills would come back only with parliamentary magic, like Sen. Joan Huffman’s proposal to remake the state’s intermediate appellate courts. Senate Bill 11 made Patrick’s wish list, but didn’t get out of committee; two identical House bills never even got hearings.

Some bills have no reason to come up at all, at least in this legislative session. Patrick included Senate redistricting on his list — an issue that can’t be addressed until Texas gets detailed data from the U.S. census. That’s not expected until September.

But the scorekeeping can wait. First, lawmakers have a sprint in front of them as they hurry to finish the work they promised voters earlier in the session. They have two weeks left on the calendar, but earlier deadlines loom on their internal calendars. It’s already too late for a House bill to be considered for the first time in the House; another deadline — for Senate bills — comes next Tuesday.

The legislation promised and proposed after February’s storm and the outages that came with it — from a warning system for the state when something like that is approaching to weatherization that would help electric plants stay in operation — still hasn’t won legislative approval.

The state budget is pending, but on track. But lawmakers haven’t explained how they’ll spend billions in federal relief money that isn’t included in that budget. That’s still on the list. So are many of the police reforms promised by Abbott and others after Minneapolis police killed George Floyd almost a year ago.

The list of things still undone is formidable — a regular feature of this stage of a legislative session.

Lawmakers haven’t finished yet, but they haven’t had to. Now they’re up against a hard deadline. That’s when we find out what they really think is necessary.