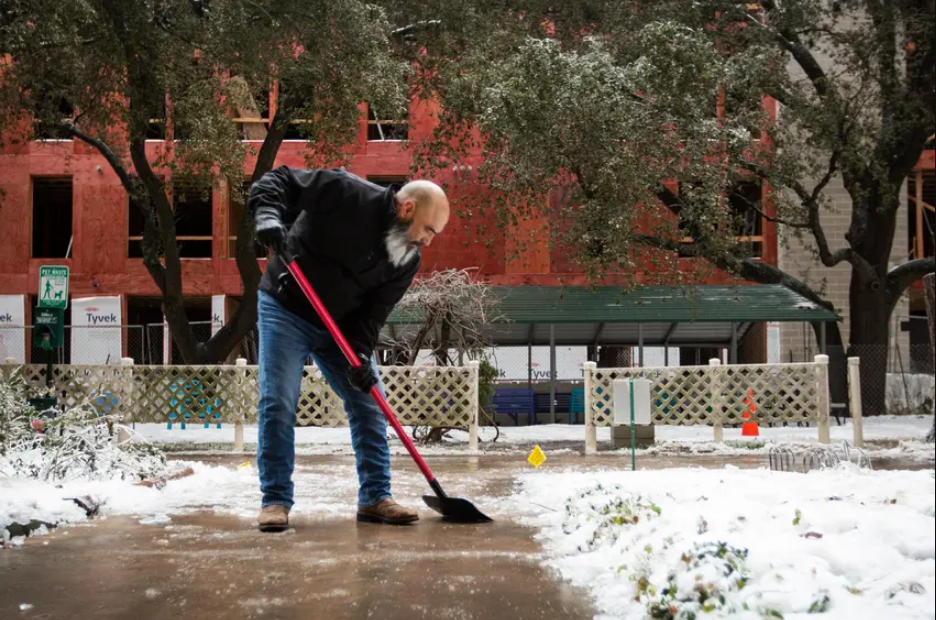 A bill that would overhaul Texas’ energy industry — including mandating weatherization for natural gas and power generators — was approved by a Texas Senate committee on Thursday.

The sweeping Senate Bill 3, sponsored by Republican state Sen. Charles Schwertner of Georgetown, includes a number of reforms that have been floating around the state Capitol since last month’s deadly winter storm left millions without electricity during freezing temperatures. While the Texas House earlier this month approved a package of similar, standalone bills, Thursday’s vote represents the first substantive action on the issue by the upper chamber.

Chief among the bill’s provisions is a requirement that all power generators, transmission lines, natural gas facilities and pipelines make upgrades for extreme weather conditions — a process known as weatherization. Many power generators and gas companies were ill-suited for the freezing temperatures in February, which led gas pipelines to freeze and power transmission to falter.

The measure would delegate rulemaking authority to the Texas Railroad Commission, which regulates the oil and gas industries, and the Texas Public Utility Commission, which regulates the electric and telecommunication industries. If a gas or energy company fails to comply with the weatherization rules, it would face a fine up to $1 million for each offense. The bill does not address funding to pay for the required upgrades.

Indexed retail electric plans, in which rates fluctuate based on the price of wholesale electricity, would be banned under the proposal. Following the freeze, customers of those plans reported receiving massive bills that sometimes ran as high as $20,000. Griddy, the most prominent indexed electric provider, filed for bankruptcy earlier this month and is the subject of investigations by both the Texas attorney general’s office and the PUC.

A key criticism from public officials and industry leaders has been the lack of communication during the storm, both between stakeholders and with the public. Schwertner’s measure would formalize the Texas Energy Reliability Council “to ensure high priority, human needs are met in the event of necessary curtailment of gas distribution or supplies.”

The board would consist of leaders from the RRC; the PUC; the Texas Commission on Environmental Quality; the Electric Reliability Council of Texas, the nonprofit organization which operates the state’s power grid; and representatives of the oil and gas and power industries who are appointed by the governor. TERC is currently a voluntary body with no regulatory authority.

SB 3 would also create a statewide emergency alert system in the event of widespread blackouts. It would direct the Texas Department of Transportation to work with media outlets and local governments to notify residents of impending outages.

While most provisions of the bill were met with wide support from the committee, state Sen. Nathan Johnson, D-Dallas, criticized part of the bill that would require wind and solar generators to purchase ancillary services, or products that ensure grid reliability. Currently, these products’ costs are distributed among every company that that sells power to consumers, based on the amount of power they sell. This provision in the bill would divert some of those costs specifically to renewable energy.

“We are going to do something that we have never done in this market … with the complete absence of any evidence that that’s a smart thing to do,” Johnson said. “I’m convinced that we’re making a big mistake by attacking a problem that isn’t a problem, just because we feel like it is a problem.”

Earlier this month, the state Senate scrambled to pass Senate Bill 2142. The measure would have forced ERCOT to claw back billions of dollars in charges after an independent market monitor found that the grid operator artificially inflated prices and overbilled companies. But the Texas House has so far taken a more deliberative approach, and Speaker Dade Phelan all but declared the Senate’s bill was dead.

The full Senate on Thursday also unanimously approved a fast-tracked bill that would change membership requirements for those who serve on the PUC, also sponsored by Schwertner. His bill would expand the utility regulator’s board from three members to five. Two of the members would no longer be required to be experts in utility regulation, as is required now. It would also require Gov. Greg Abbott to fill a vacancy on the commission within 30 days.

The PUC has been the subject of immense scrutiny in recent weeks. Lt. Gov. Dan Patrick, who leads the Texas Senate, called for the resignation of its three members in the aftermath of the winter storm. The lone remaining commissioner submitted his resignation from the board last week after Texas Monthly reported that he told out-of-state investors on a call he would work to throw “the weight of the commission” behind stopping calls to reverse billions of dollars in charges for wholesale electricity. He will remain on the PUC until Abbott appoints a successor.