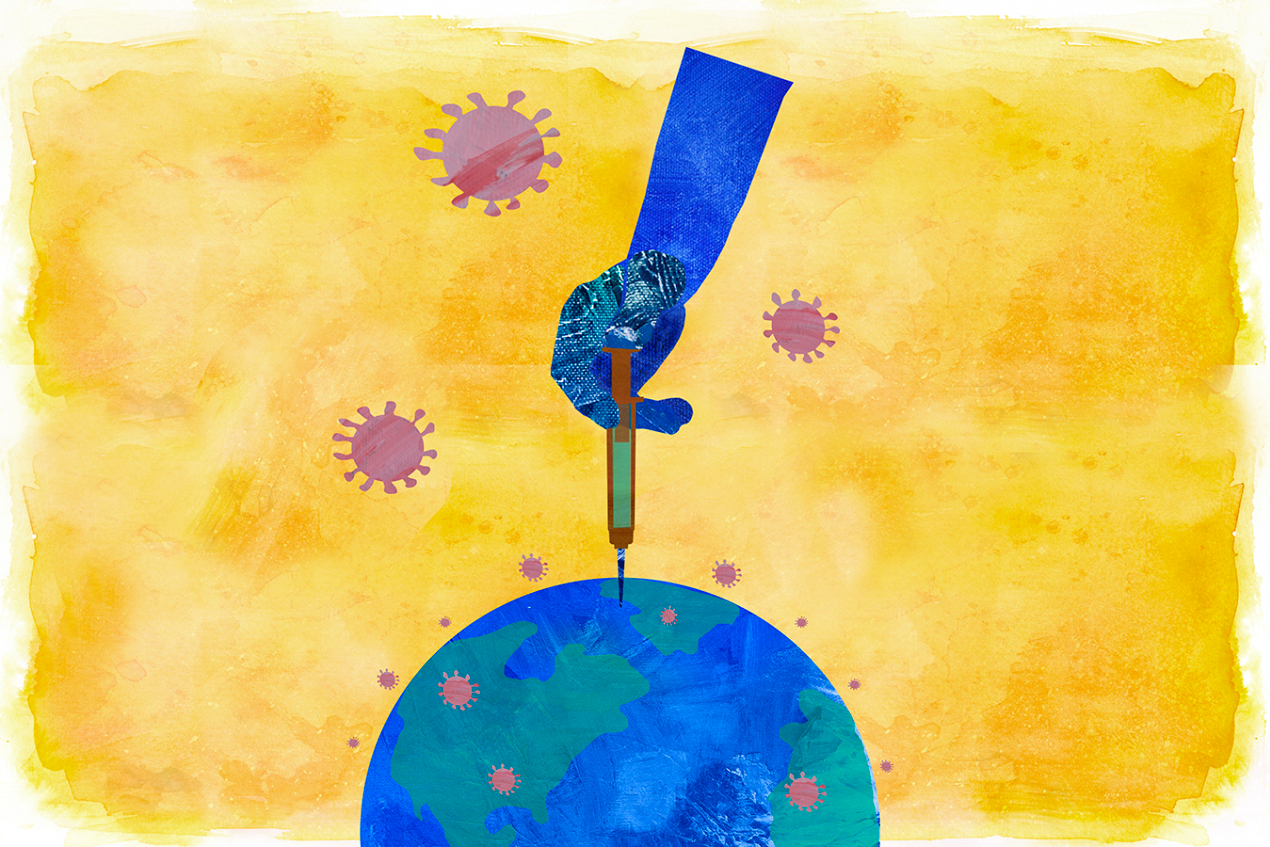 A Senate committee grilled federal officials about the shortage of vaccines to protect Americans against a pandemic virus. Two months later, the U.S. public had lost interest in the virus, and millions of vaccines were sitting in warehouses — although poor countries still needed them.

This happened during the 2009-10 swine flu pandemic. One official on the hot seat was Dr. Nicole Lurie, who was in charge of preparedness and response at the Department of Health and Human Services. Today, she’s a senior adviser at the Coalition for Epidemic Preparedness Innovations, which is helping to vaccinate the world against covid. And she’s worried about history repeating itself.

Lurie told Congress back then that vaccine production was unpredictable. In any case, the swine flu virus turned out to be relatively tame, but the experience holds a lesson for today, she said: Pandemics shift directions quickly, so it’s best to be prepared for threats and opportunities — anywhere in the world.

In particular, Lurie and others are urging the Biden administration to make plans for getting surplus U.S. covid vaccine supplies overseas once Americans are vaccinated. They note that the administration has secured at least 700 million doses of vaccines — more than enough to fully vaccinate every adult and child in the U.S. — by the end of July. The current focus must be the United States, which has had more covid cases and deaths than any other country. But in the longer term, global immunization will be crucial.

“We need to take care of the problem everywhere to be able to take care of it anywhere,” said Dr. Mark Feinberg, president and CEO of the International AIDS Vaccine Initiative, a remark echoed in a petition circulated by leading U.S. scholars. “Even if we get high-level vaccine coverage here, we’ll still be vulnerable to imported variants that are less responsive to the first-generation vaccines. It’s going to be an ongoing problem.”

Vaccine experts and activists give the Biden administration high marks for reengaging with the World Health Organization and its global partners. They also understand that the United States has to take care of itself first.

“Until we have enough for Philadelphia, I don’t see them wanting to give vaccine away,” said Feinberg, who is 64, lives in Philadelphia and had yet to be vaccinated as of March 18. “We have a long way to go.”

In the coming months, however, many believe the Biden administration should at least partially pivot to a global approach. The Trump administration wisely spread its risk on vaccine development, spending $14 billion on contracts with eight different companies. Five now have vaccines authorized for use in the United States or overseas.

“Now that there are five vaccines that work, the hedging is looking a lot more like hoarding,” said Tom Hart, North American executive director of One, a global anti-poverty group. “You don’t need more than one or two inoculations to become immune. As soon as you become immune, you need to share.”

Biden is committed in principle to sharing vaccine doses with the world. On Day One, the administration issued a national security memorandum calling on the secretaries of state and HHS to promptly deliver Biden “a framework for donating surplus vaccines, once there is sufficient supply in the United States, to countries in need.”

In a largely symbolic move, the administration on Thursday said it planned to provide 1.5 million doses of vaccine to Canada and 2.5 million to Mexico. The donation would come from a cache of vaccine produced by AstraZeneca, which has yet to apply for its use in the United States.

The administration also has promised other countries cash for vaccines. It pledged $4 billion to the COVAX facility, the coordinating group that aims to distribute 2 billion covid vaccines to low-income and middle-income countries by the end of the year. Half of that money has been paid out.

The administration is also helping to expand vaccine manufacturing in the developing world — a key objective to protect these countries against covid, as well as routine childhood diseases and future pandemics.

Biden and the leaders of India, Australia and Japan just signed an agreement that calls on the U.S. International Development Finance Corp., which supports projects in poorer countries, to help Biological E., an Indian pharmaceutical company, produce 1 billion covid vaccine doses by the end of 2022. Johnson & Johnson, Novavax and AstraZeneca have partnered with several Indian manufacturers over the past year in unusually cooperative arrangements.

But donating vaccine would be the quickest way to help — and here the picture is murkier. The administration hasn’t said when or how it will determine there is a “sufficient supply” of U.S. vaccine to be shared.

Federal officials are working on the framework for future donations, an HHS official said.

“Our primary focus is to vaccinate Americans first. However, the U.S. will not be completely safe until the entire world is safe,” said the official, who spoke on condition of anonymity.

White House press secretary Jen Psaki said last week that Biden “wants to be overprepared and oversupplied,” with extra doses that could be used for “booster shots.” That’s a fuzzy goal, however, since it’s unclear when or whether or what type of booster shots could be needed.

It’s also not clear whether vaccine donations would all go through COVAX, which decides where to send them, or would be given out bilaterally to allies like Mexico.

This is a shame, said Hart, of One, because vaccine sharing could have a big payoff in building goodwill. China and Russia, which already have donated or sold their vaccines in Africa, the Mideast and Latin America, “are increasing their spheres of influence through vaccine diplomacy,” he said. “People don’t soon forget when you saved their lives and the lives of their families.”

Now is the time to think about these issues, Lurie said. During the swine flu pandemic, tens of millions of unused U.S. influenza vaccines were held in warehouses for months, awaiting shipment overseas, because of cumbersome rules imposed by the U.S., the World Health Organization and overseas governments.

“There were 68 steps that no one knew about,” Lurie recalled. “My favorite was the fumigation certificate required for the wood pallet for exporting doses to the Philippines.”

Merck faced similar problems when it tried to ship its Ebola vaccine to West Africa during the 2014-16 epidemic there. Commercial and trade rules, Food and Drug Administration regulations and other red tape make shipping an unlicensed vaccine out of the country very complex, said Feinberg, who was then a senior Merck scientist. “It took a lot of jumping through hoops to even send the vaccine to Guinea or Liberia or Sierra Leone.”

The donations to Canada and Mexico would apparently come from some 30 million doses that AstraZeneca has reportedly warehoused in Ohio while the company prepares to submit data to the FDA for authorization of the vaccine. The U.S. could put those doses to good use by exporting them if they are not going to be used here, Lurie said. “That would be a fine alternative to having the vaccine just sitting in a warehouse.”

However, several countries have suspended use of the AstraZeneca vaccine while European drug regulators study reports that the vaccine might cause blood clots. Exporting U.S.-made supplies of this vaccine now would be a mistake, Feinberg said, because it could undermine confidence with the perception that the U.S. was offloading a vaccine the FDA hadn’t deemed worthy.

“The administration has been thoughtful in addressing the key issues,” he said. “In the long term and maybe even the short term, that may be better than a one-time donation of doses.”