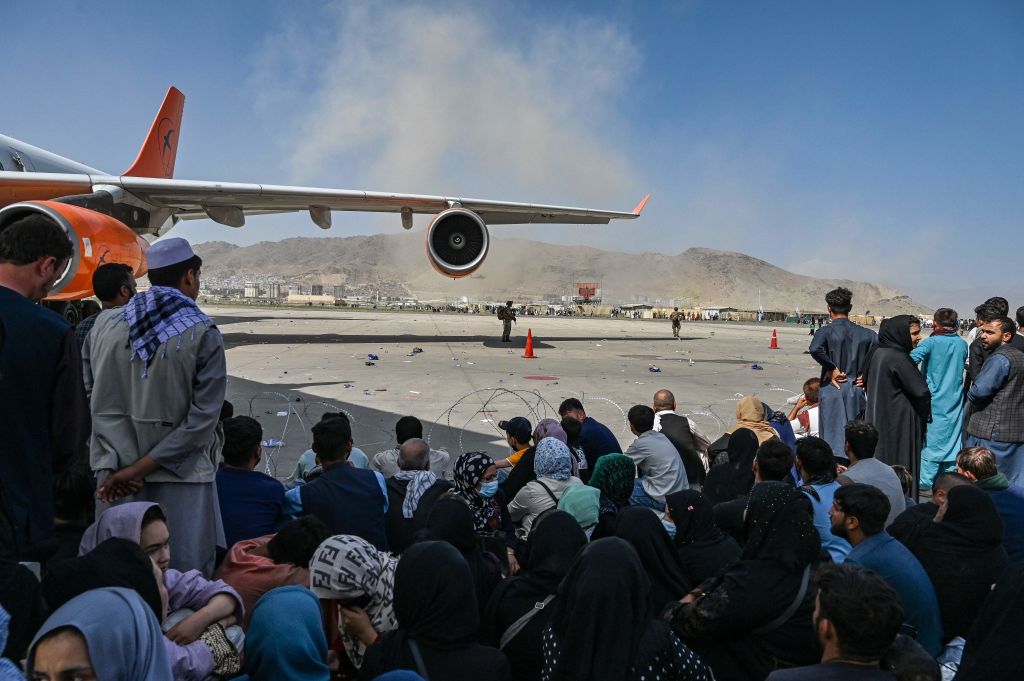 By first denying and then granting visas to more than 100 Afghan contractors who guarded its embassy in Kabul, Australia has shone a light on the murky world of the private security industry.

According to the lawyer and former army officer representing the security guards, his clients had yet to receive the humanitarian visas and the about-face was merely an attempt by Australian officials “to look like they have done their job when they sat on their hands for so long”.

They, too, were initially informed they were ineligible for emergency evacuation due to being employed by Canadian private security firm GardaWorld, only for the decision to be overruled late last week.

In both cases, these Afghan contractors have fallen into the shady legal gap between the private security company that employed them locally and the governments that contracted their employers.

As one GardaWorld employee said when he was told his contract would be terminated:

Afghanistan, famously known as “the graveyard of empires”, has been a gravy train for the global private security industry for the past two decades, as the war was increasingly privatised and outsourced.

Under the Trump administration, private security companies with Pentagon contracts numbered nearly 6,000, costing US$2.3 billion (A$3.1 billion) in 2019. When the US military withdrawal began, these private contractors dropped to about 1,400 by July.

Until now, however, private security firms were such a critical element of the war effort that their departure was considered a key factor in the collapse of the Afghan army.

The appeal of these private security contractors lies in their arms-length advantage — they are relatively disposable and carry little political cost. This allows the industry to operate opaquely, with little oversight and even less accountability.

In the case of the Australian embassy guards, it would appear their direct employers have done little to secure their safety. How, then, can these companies and the governments that employ them be held accountable?

The International Code of Conduct for Private Security Service Providers (ICoCA) – known as “the code” — lays out the responsibilities of private security under international law. It requires signatory companies to:

Australia is a signatory to the ICoCA, as are private security companies Gardaworld, Hart International Australia and Hart Security Limited, all of which operate in Afghanistan and have at various times been contracted by the Australian government.

But again, like the Montreux Document, the ICoC is non-binding. However, ICoC Executive Director Jamie Williamson has said:

Still no guarantee of safety

This duty of care now appears to have been extended to those guards who worked for the Australian and British governments in Afghanistan — albeit at the last minute. As one contractor told Australian media, he and his colleagues first applied for protection visas in 2012.

But their safety remains uncertain. The visas do not guarantee safe passage to Kabul’s international airport where evacuation efforts are chaotic. In the past weekend alone, 14 civilians were killed trying to flee the Taliban takeover.

There are also concerns about safe passage through Taliban checkpoints not being properly coordinated by US and NATO allies, leaving dangerous alternative routes the only option.

Sheltering until they can safely travel to the airport is also fraught. As one guard explained:

Australia has made a legal and moral commitment to provide refuge to these people. But with the Taliban’s so-called red line of August 31 looming, the window to evacuate them and their families is closing.

And while the global private security companies may have shut up shop in Afghanistan for now, the consequences and human costs associated with outsourcing war linger on.