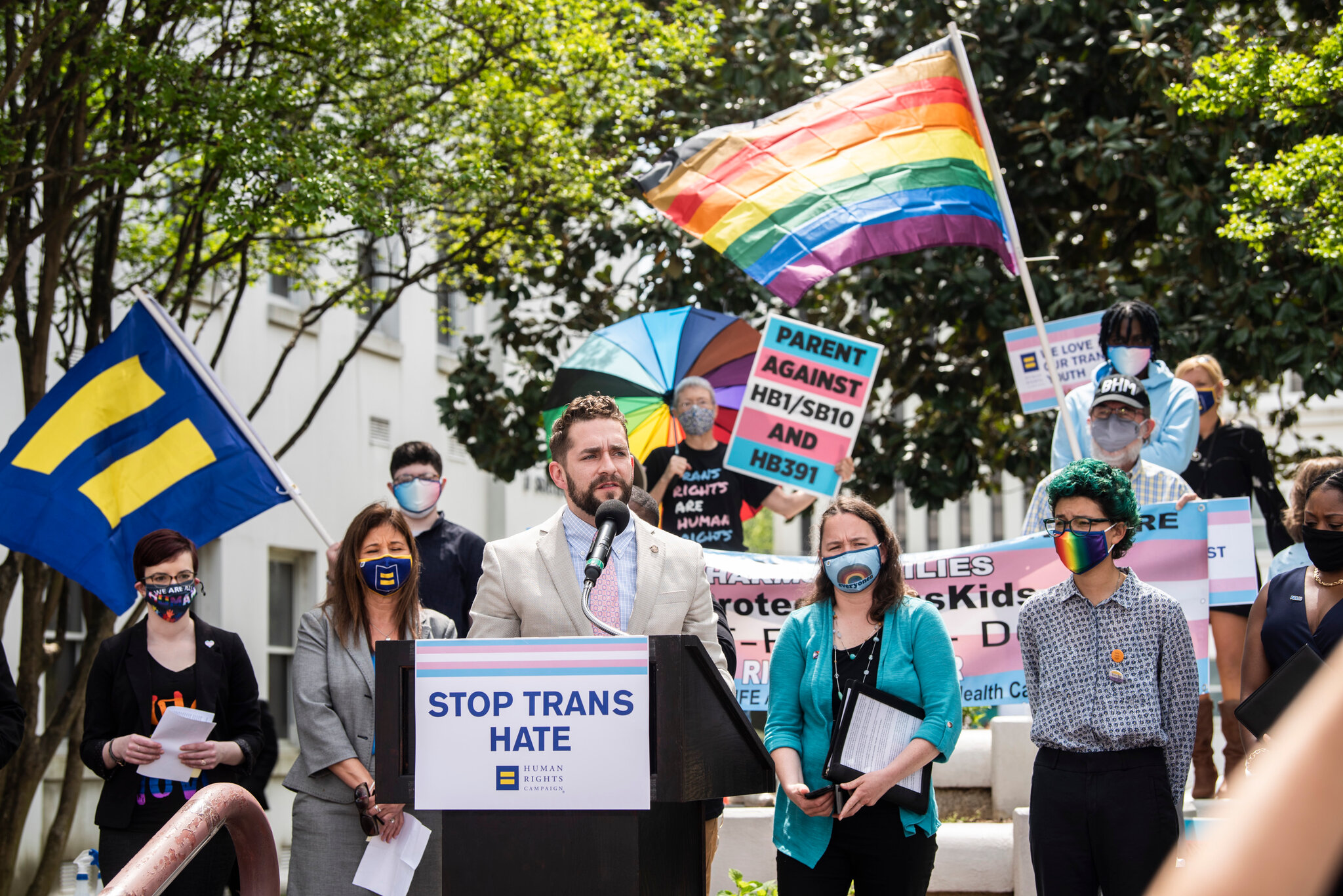 A controversial bill that would ban gender-affirming health care for transgender children missed a key deadline Thursday for consideration in the Texas House.

But a similar Senate bill still has time to be approved by both chambers before the legislative session ends May 31. Senate Bill 1311 also bans gender-affirming treatment and mandates the revocation of a physician’s medical license if someone performs or prescribes such treatment. That bill passed out of committee nearly a month ago. Hours before the House’s deadline to pass many of its own bills, the Senate legislation appeared on a list of bills that could let the upper chamber take up the measure as soon as Friday.

“It’s harmful to debate anybody’s basic human and civil rights and to bring humanity into question as something that is not valid,” said Adri Perez, policy and advocacy strategist for the American Civil Liberties Union of Texas. “That has a lasting impact on people and whether or not they can conceptualize a future for themselves in the state of Texas.”

Shelly Skeen, senior attorney for Lambda Legal, called the bill “one of the most extreme anti-transgender bills in the country” in a statement. Lambda Legal and the ACLU of Texas had decried the bill as unconstitutional and vowed to challenge it in court if it had become law.

There has been a slate of anti-transgender bills in the Texas Legislature this session, many of them still active. Senate Bill 1646, which would label the treatments as child abuse, passed the Senate and is waiting to be heard by the House Public Health Committee that approved HB 1399.

In a House Public Health Committee hearing, state Rep. Matt Krause, a Fort Worth Republican and HB 1399’s author, called the treatments banned by the bill “life-changing” and argued that children should wait until their 18th birthday to make the decision to go forward with treatment.

According to Mooney, children begin to develop ideas about gender by age 2 or 3 and have a relatively stable gender identity by age 6 or 7.

“The things that children are watching all tend to be really gendered. You have these princes and princesses, and you have girls marrying boys,” she said. “Kids see themselves represented in characters in books, movies, television, etc., and say, ‘Oh, this is how I identify.’”

Forcing them to wait until 18 increases suicide risk and rates of depression, Mooney said, and puberty can especially be a traumatic time for transgender children.

Perez, with the ACLU of Texas, said the organization has already been in contact with doctors reporting more calls about suicidal ideation after HB 1399 passed out of committee.

According to the ACLU, 19 other states have considered similar legislation this year. Only Arkansas has successfully signed the bill into law after Gov. Ava Hutchinson’s veto was overridden.

Meanwhile, Texas Agriculture Commissioner Sid Miller — whose top political aide was recently arrested on allegations of soliciting money for state hemp licenses — threw his weight behind the bill in an ad urging voters to pressure state Rep. Dustin Burrows, a Lubbock Republican and chair of the House Calendars Committee, to bring it to the lower chamber’s floor.

State Rep. Erin Zwiener, D-Driftwood, a Public Health Committee member and treasurer of the House LGBTQ Caucus, said the bill would likely have had the floor votes to pass, but the backlash against the bill made it one her colleagues did not want to have to vote on.

This article was originally posted on Time runs out on Texas House bill banning gender-confirmation health care for kids, but another attempt lives on in the Senate