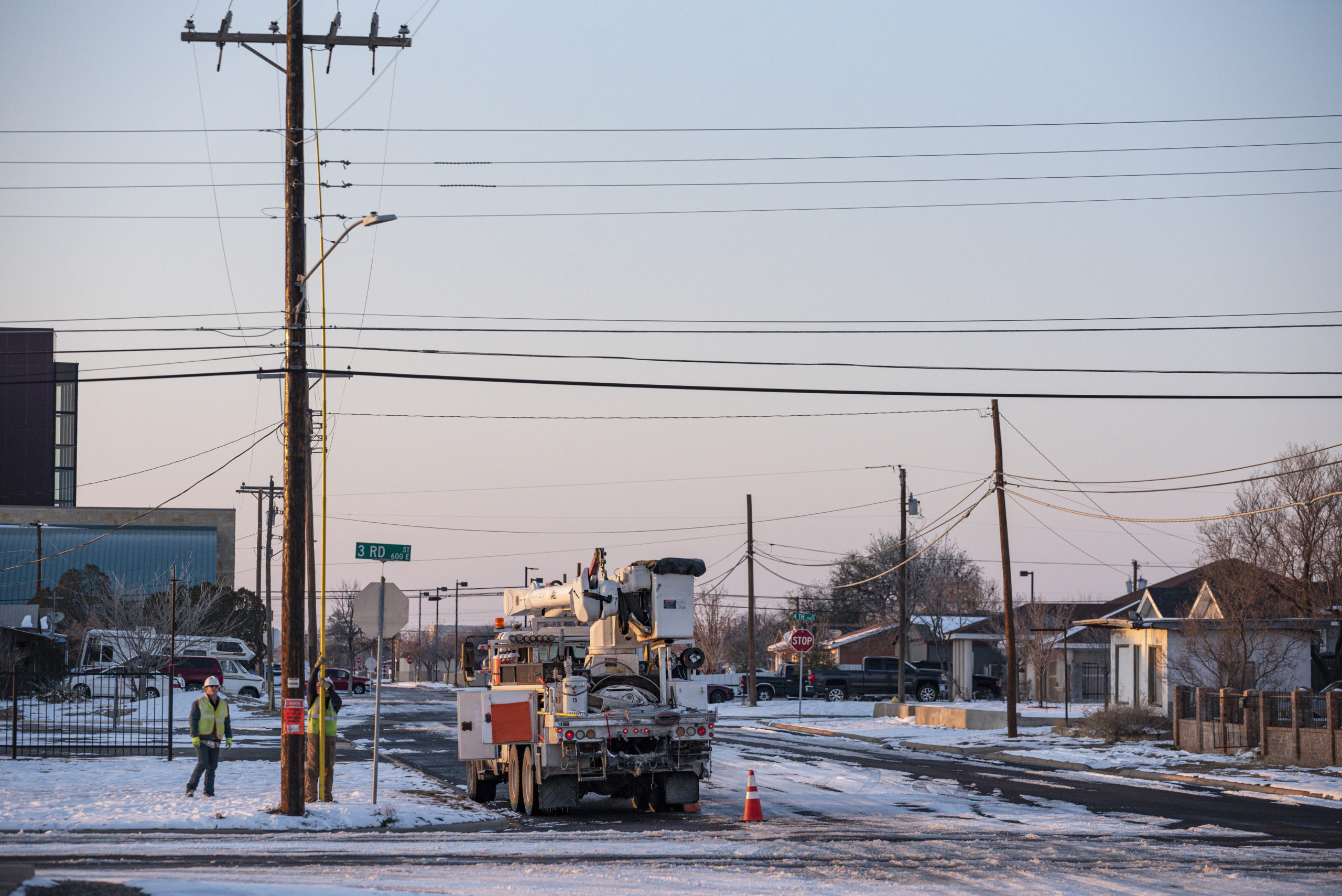 You can watch the meeting, which was hosted by the committee’s oversight and investigations subcommittee, above. It came after the Texas Legislature held marathon hearings of their own soon after the storm, grilling public regulators and energy grid officials about how power outages happened and why Texans weren’t given more warnings about the danger.

Wednesday’s hearing examined the destructive February winter storm’s impact on the Texas electrical grid, the need to winterize the system, the impact of climate change, how different forms of energy perform in extreme weather and better processes once a grid becomes troubled.

While four Texans serve on the larger committee, only Republican U.S. Rep. Michael Burgess of Lewisville sits on the subcommittee. Even so, committee leaders allowed the three other Texans, Republican U.S. Rep. Dan Crenshaw of Houston and Democratic U.S. Reps. Lizzie Pannill Fletcher, also of Houston, and Marc Veasey of Fort Worth, to also participate.

Turner, a former member of the state House of Representatives, said the state had ignored climate change warnings about the grid and missed opportunities to fortify the grid against the threat of extreme weather. Magness said one obvious improvement state officials are examining is how to better alert the public once a grid’s failure becomes a public safety issue because currently such a widespread public warning system is “well beyond the communications capabilities this company has.”

From the natural gas wellheads in West Texas to the power plants that burn gas to generate electricity to the companies that deliver power to Texans, multiple systems failed during the storm and made what should have been a mild inconvenience into a statewide crisis, executives, regulators, lawmakers and experts said. Yet politically powerful natural gas companies, along with their regulators, have largely escaped the wrath of Gov. Greg Abbott and the Legislature.

At least 57 people died during the winter storm that plunged large swaths of Texas into subfreezing temperatures and overwhelmed the state’s electricity infrastructure, causing massive power outages. At the height of the crisis, nearly 4.5 million Texas homes and businesses were without power. That’s because nearly half of the total power generation capacity for the main state electricity grid was offline as weather conditions caused failures in every type of power source: natural gas, coal, wind and nuclear. Millions of Texans went days without power.

Policy observers blamed the power system failure on the legislators and state agencies, who they say did not properly heed the warnings of previous storms or account for more extreme weather events warned of by climate scientists. Instead, Texas prioritized the free market. Dozens of natural gas companies failed to do the paperwork that would have kept their facilities powered during an emergency, so utilities last month cut their electricity at the very moment that power plants most needed fuel.