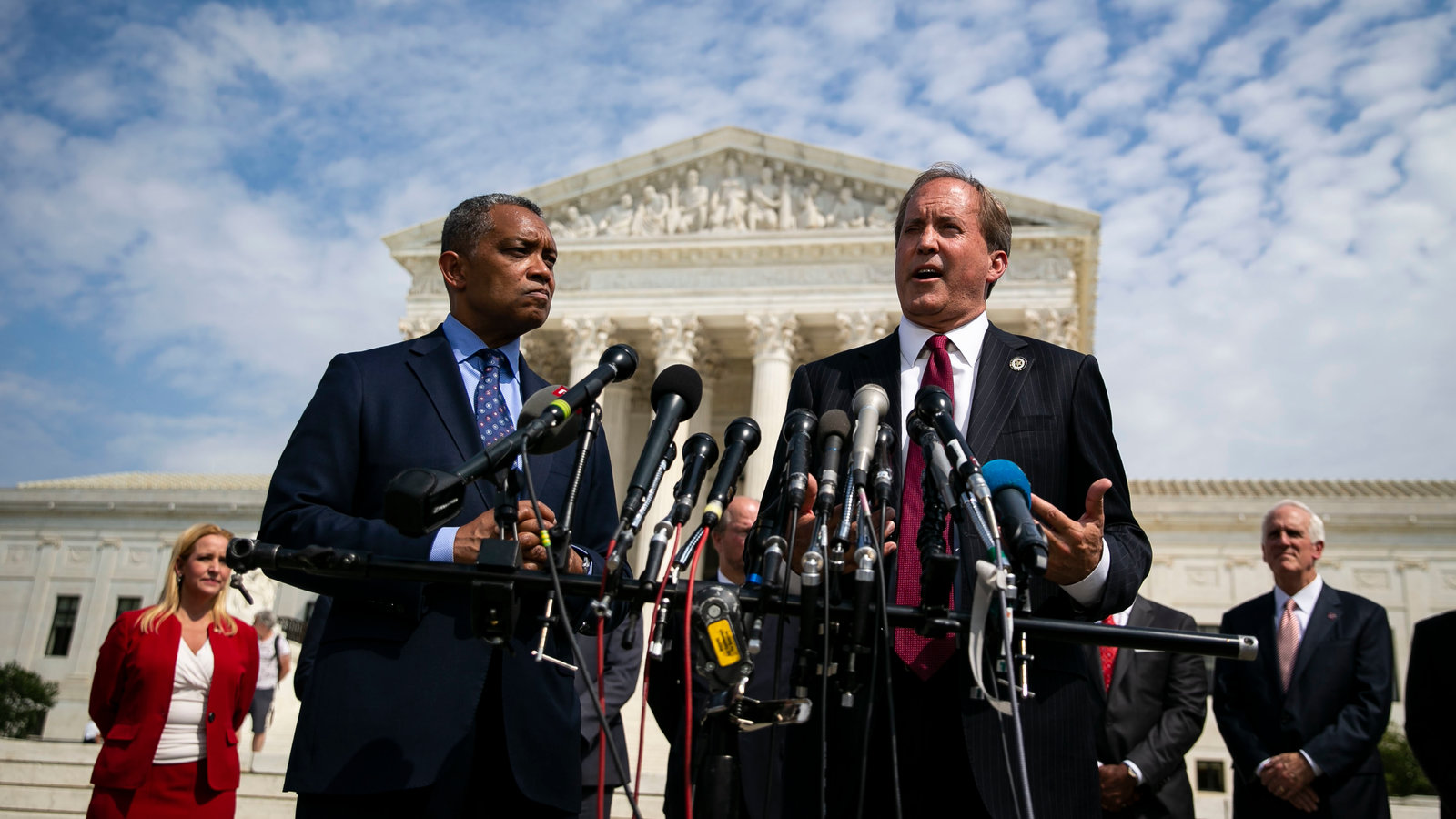 The U.S. Supreme Court on Monday rejected an attempt by Texas Attorney General Ken Paxton to challenge a California ban on state-funded travel to states with discriminatory laws — a list Texas landed on in 2017 after the Legislature approved a religious-refusal law for adoptions in the state.

The move comes as the Texas Legislature grapples with a slate of anti-LGBTQ bills that business leaders warn could be harmful to Texans and a threat to the state’s economy, which is still reeling from the recession that accompanied the coronavirus pandemic.

There was no reason given for the denial of Paxton’s request, but Justices Clarence Thomas and Samuel Alito dissented. Both were appointed by then President George H.W. Bush, the first Houston Republican elected to Congress. Paxton couldn’t be immediately reached for comment late Monday.

In June 2017, shortly after the Texas Legislature moved to allow foster care agencies to use religious reasons to deny same-sex couples the right to foster children, California Attorney General Xavier Becerra blasted the law that he said “allows foster care agencies to discriminate against children in foster care and potentially disqualify LGBT families from the state’s foster and adoption system.”

The law was authored by state Rep. James Frank, a Wichita Falls Republican who now chairs the House Human Services Committee, and allows faith-based organizations to deny services for certain contraceptives and refuse to contract with organizations that don’t share their religious beliefs. It requires providers to refer parents or children to a different agency if they refuse to provide services themselves.

Paxton, who has made religious liberty a top priority of his office, at the time criticized the California statute as an unconstitutional and misguided attempt to police other states.

“California is attempting to punish Texans for respecting the right of conscience for foster care and adoption providers,” he said.

But if the move by the Golden State was meant to curb Texas’ appetite for anti-LGBTQ legislation, it has not had the intended effect.

Last fall, under recommendations from Republican Gov. Greg Abbott, a state board that oversees behavioral health workers stripped three categories from the code of conduct establishing when a social worker may refuse service to someone: On the basis of disability, sexual orientation or gender identity.

Abbott said at the time that those protections went beyond state law, but the move set off such a firestorm of criticism that the board reinstated the protections two weeks later.

Then last week, members of the business group Texas Competes — composed of more than 1,450 Texas employers, business and tourism groups and backed by big tech companies like Houston-based Hewlett Packard — listed 26 proposals winding through the Texas Legislature that they say will infringe on LGBTQ Texans’ rights, “tarnish Texas’s welcoming brand” and scare away tourism and business.

They include restrictions on access to gender confirmation health care for transgender children, which is awaiting a debate in the Texas Senate. A bill already passed by that chamber would prevent public school students from participating in sports teams unless their sex assigned at birth aligns with the team’s designation.

While that bill would only affect students in K-12 schools, two similar bills in the House would include colleges and universities in that mandate. Last week, the chair of the House committee assigned the Senate’s sports bill told the Houston Chronicle that the lower chamber’s companion legislation likely doesn’t have enough support to leave committee.

The Texas Senate passed the bill on transgender athletes shortly after the NCAA announced that they would only hold national championships in states where transgender student-athletes are allowed to participate.

If Texas lands on that list as well, the state could lose out on as much as $1 billion dollars of economic impact if the NCAA canceled its events currently slated to take place in Texas — such as the 2024 College Football Playoff National Championship game set for Houston and the 2023 Women’s Final Four in Dallas, said Lisa Hermes, CEO of the Chamber of Commerce in McKinney, north of Dallas.

Among the states California has targeted with its travel ban is North Carolina, after the state enacted a law requiring state agencies to maintain separate-sex bathrooms and changing facilities.

Texas Lt. Gov. Dan Patrick has championed similar legislation in the past, even making the so-called “bathroom bill” a legislative priority in 2017, but it did not pass.