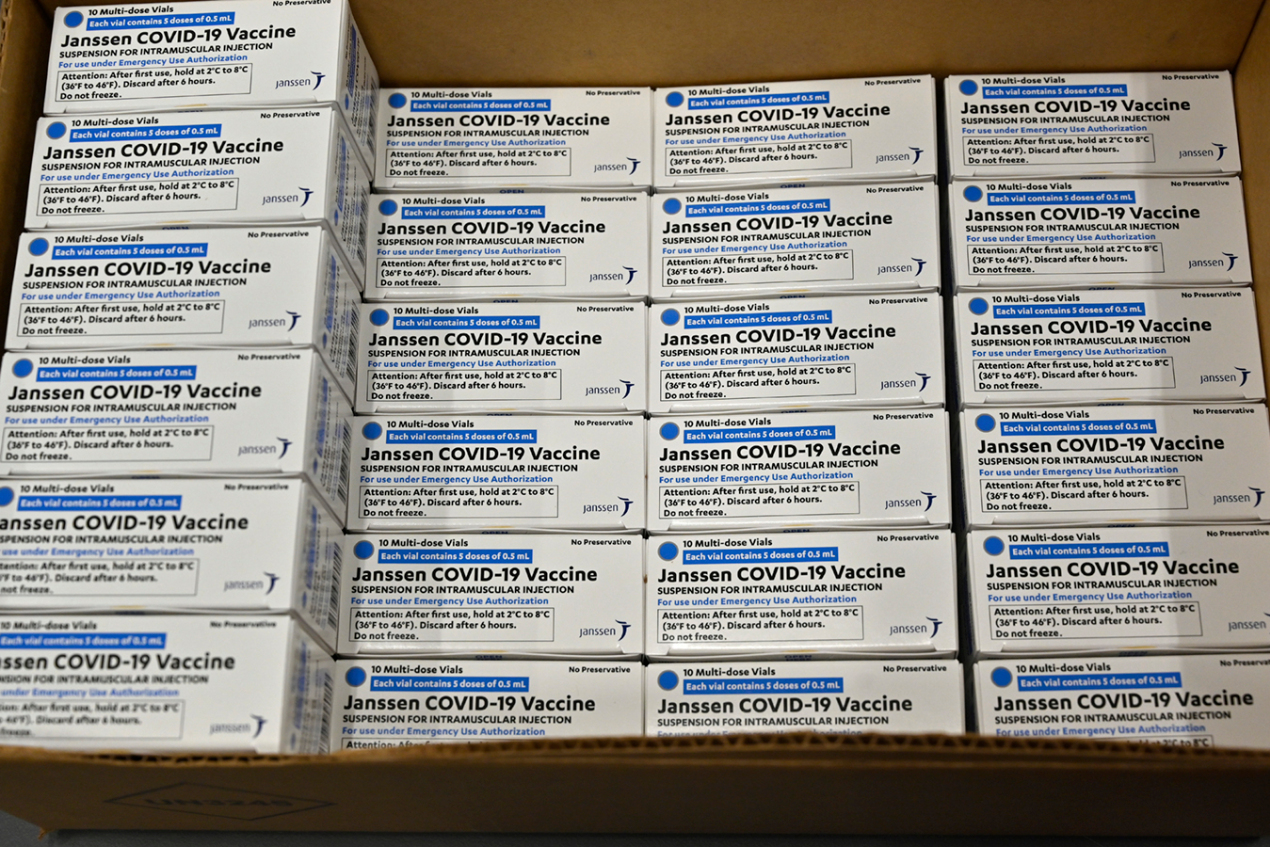 The Biden administration is encouraging states to hold on to hundreds of thousands of soon-to-expire covid vaccine doses from Johnson & Johnson, given the possibility that additional data will show the shots are viable beyond their expiration date at month’s end.

Dr. Janet Woodcock, acting commissioner of the Food and Drug Administration, told state officials during a White House call Tuesday that they could store expired doses until new data shows whether the vaccines are safe to use, according to multiple state officials.

State health officials have strenuously warned vaccine administrators against using expired doses. Now, though, the FDA appears optimistic that the Johnson & Johnson expiration dates — which begin to kick in later this month — could be extended, according to state officials who were on the call.

“This is really welcome news,” said Dr. Joseph Kanter, state health officer for the Louisiana Department of Health. Louisiana has 14,000 J&J doses that will expire this month. “I think at the end of the day there’ll be less waste.”

The federal government has delivered 21.4 million doses of the company’s vaccine to states, but just more than half — 11.2 million — have been administered, according to the Centers for Disease Control and Prevention. The quantity is a fraction of shipments of Pfizer-BioNTech’s covid vaccine, which are approaching 200 million doses, as well as Moderna’s shot, which stands at more than 150 million doses.

As demand for vaccination has dwindled across the nation, state officials have stepped up public pleas for holdouts to get a shot. They’ve held discussions with the Biden administration about how to avert a glut of J&J doses — hundreds of thousands at a minimum — from going to waste. On Monday, Ohio Gov. Mike DeWine said 200,000 J&J doses would expire June 23 and the state had no legal way to send unused doses to other states or countries.

The J&J single-dose vaccine lasts three months under refrigeration and two years frozen. Extending the expiration date is seen as a more feasible option for quickly preserving thousands of doses, as opposed to redistributing them to other states or countries, state officials say.

“There aren’t that many states right now that are needing more vaccine than what they have in hand,” said Dr. Marcus Plescia, chief medical officer of the Association of State and Territorial Health Officials. “There’s enough out there.”

Federal officials believe data about the expiring June doses from an ongoing stability study will come in in roughly a month, two state officials said.

“We also continue to conduct stability testing with the goal of extending the amount of time our covid-19 vaccine can be stored before expiry,” a J&J spokesperson said. “We will share further information as we are able to.”

The White House declined to specify the number of J&J doses nationally that will expire this month. The FDA declined to comment on Woodcock’s remarks.

Once viewed as crucial to the U.S. vaccination effort for persuading on-the-fence people to get the single-shot dose, J&J has played a modest role. Officials partly attribute that to federal regulators temporarily halting its use in April after reports of rare but serious blood clots.

“That just appears to have slowed demand,” Plescia said. The company previously said it would deliver the 100 million doses by the end of June.

As far as Jim Mangia, chief executive of St. John’s Well Child and Family Center, can tell, the demand ground to a halt once the FDA OK’d resuming use of the J&J vaccine. Mangia said his network of 26 clinics in the Los Angeles area has more than 14,000 doses on hand that county officials have been unwilling to take back.

He said patients who liked the one-shot benefit requested it before the safety concerns, but since then there have been no requests. “Whenever we offer it, everyone says no,” he said.

Mangia said his clinic network is seeing overall distribution of the vaccines remain steady as sites expand hours and offer Friday night vaccine events for those concerned about missing work because of possible side effects. But given the lack of interest in J&J’s vaccine, he said, he doesn’t think moving the expiration date will improve matters.

Officials in West Virginia have more than 20,000 doses of J&J’s vaccine on hand but little backlog of other covid vaccines, said state covid czar Dr. Clay Marsh, who is also vice president of West Virginia University Health Sciences. Officials offered the excess to other states, but there were no takers. Marsh said they approached the federal government about sending the unused doses to countries that need it, but have learned the logistics are challenging.

“If we’re not able to use something that can save lives, we’re trying to see if there’s someone who can,” he said.

As of Tuesday, 52% of Americans had received at least one dose of covid vaccine, according to the CDC.

Officials have also engaged in public finger-pointing about the expiring doses, with some state and local officials calling for more federal help to redistribute the doses already delivered. Meanwhile, Andy Slavitt, White House senior adviser for the covid-19 response, noted in a Tuesday call with reporters that vaccine doses ordered by state officials “should end up in people’s arms” and governors should work directly with the FDA on proper storage.

“There are plenty of people across the country, in every state, that still haven’t been vaccinated, that are eligible, that are at risk and need to get vaccinated,” he said.