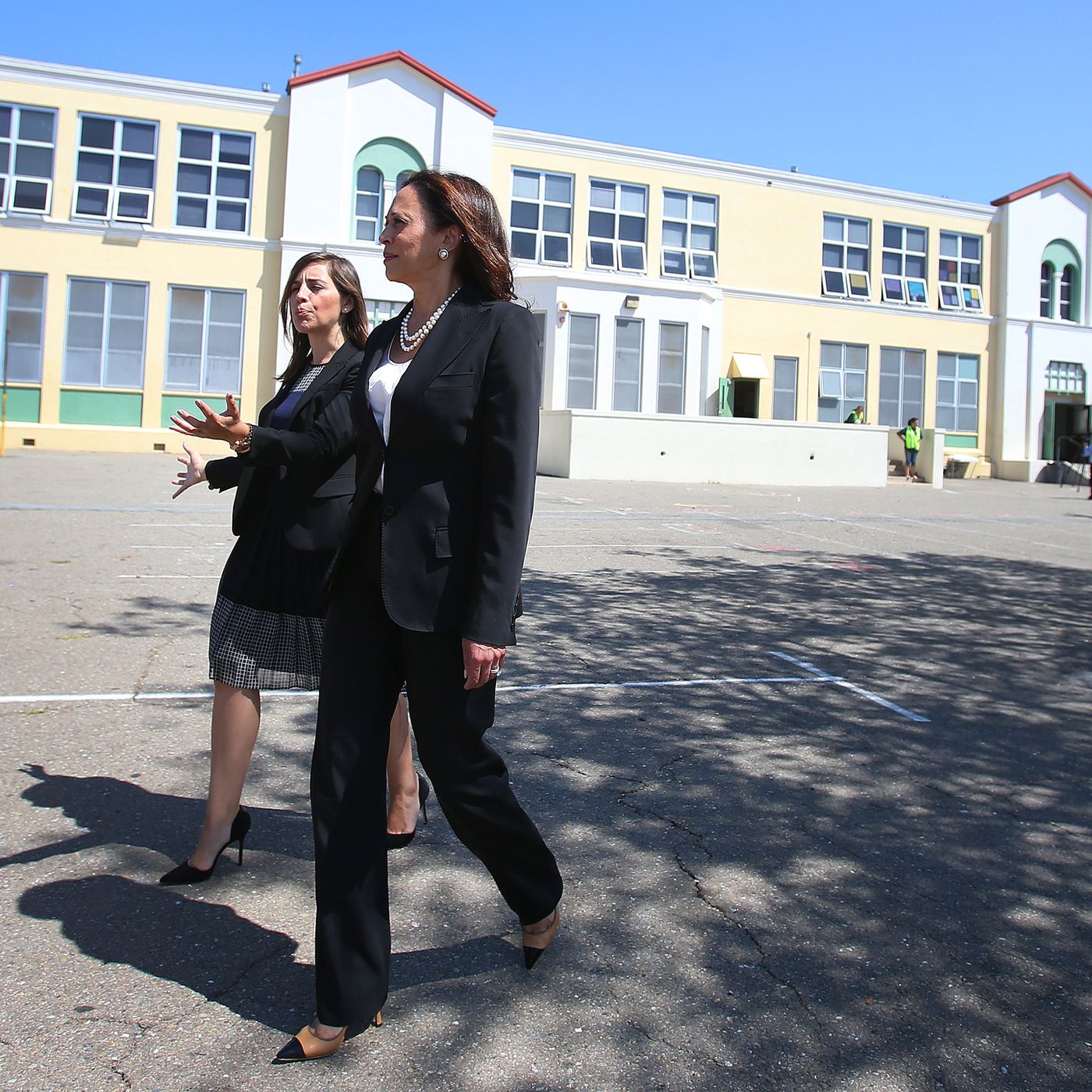 Former Vice President Joe Biden announced California Sen. Kamala Harris as his vice presidential pick on Tuesday. Harris’ own primary campaign was defined in part by education issues, including an extended clash with Biden on school segregation and a proposal to substantially raise teacher pay.

The choice could bring additional attention to those education policy issues, and her views on schools could have broader influence if Biden reaches the White House.

Perhaps the highest-profile moment of Harris’ presidential primary campaign came in a June 2019 debate clash with Biden. “There was a little girl in California who was a part of the second class to integrate her public schools and she was bused to school every day. That little girl was me,” Harris said, referring to Biden’s opposition to court-ordered busing for school desegregation.

The comments quickly thrust school segregation into the center of the national conversation. And in their next debate, Harris reiterated her criticism of Biden.

Notably, though, Harris herself did not detail or stake out an aggressive position on how to integrate America’s schools, which remain highly segregated by race and socioeconomic status. “Senator Harris supports federal measures to increase school diversity, including resources for busing,” her campaign told Chalkbeat at the time.

That mirrors Biden’s current platform, which promises that as president he would “provide grants to school districts to create plans and implement strategies to diversify their schools.”Become a Chalkbeat sponsorhttps://222e2ade8af7c5b6ae11fb9c1f012c4b.safeframe.googlesyndication.com/safeframe/1-0-37/html/container.html

Meanwhile, one of Harris’ signature proposals as a candidate was to pay teachers more. She issued a plan to make teachers salaries commensurate with similarly educated professionals, which would be an average of a $13,500 raise. The idea came with a hefty price tag, but many experts said it could help attract and retain high-quality teachers.

“It isn’t enough to just say our teachers shape the future of our country. We should pay them like it,” Harris said at the time. “It’s past time we value and respect their work, compassion, and dedication to our kids.”

Her then-campaign rivals, including Biden, would almost uniformly follow suit in calling for a greater investment in public schools, including by raising teacher salaries. Biden’s platform calls for tripling Title I funding and requiring some of those dollars to go to increasing teacher pay.

Harris has faced criticism for one education-related element of her record. When Harris was San Francisco District Attorney, she issued citations to parents of truant students, and she went on to back a law making a students’ chronic truancy a misdemeanor for their parents. On the presidential campaign trail, she said she regretted the consequences of the policy.

The article was published at VP pick Kamala Harris clashed with Biden on school desegregation, pushed for teacher pay hike