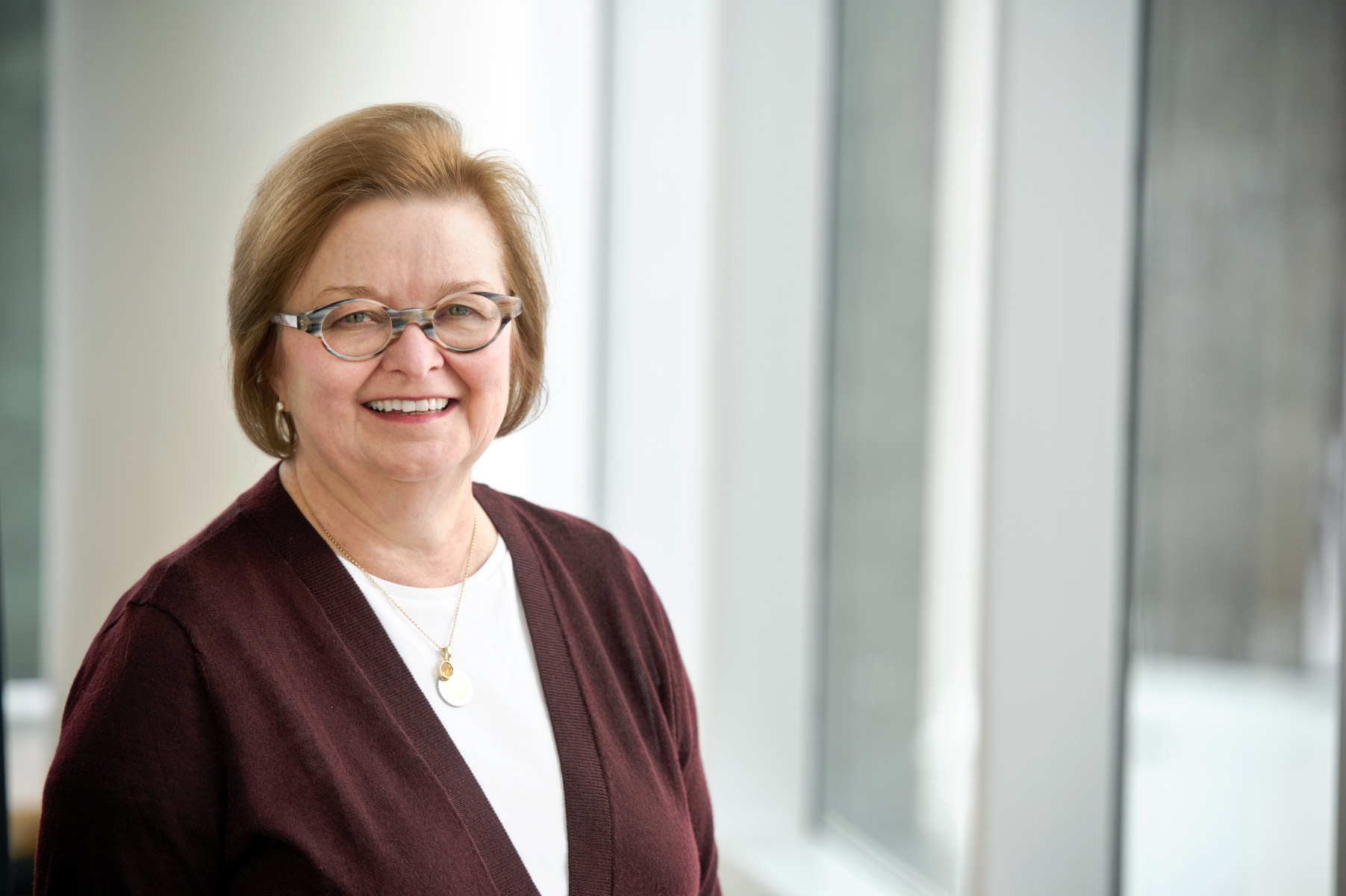 In 2018, Jennifer Rogers warned a task force of lawmakers and college presidents that state financial aid had reached a “tipping point.” The number of students qualifying for financial aid had shot up, but funding hadn’t kept pace. The state’s three main financial aid programs were at risk of running at a deficit. If the Legislature didn’t act soon, students could start to see their aid cut, Rogers said.

Heeding the advice of Rogers, who is the director of the Mississippi Office of Student Financial Aid (OFSA), the task force in early 2019 proposed four solutions to Mississippi’s financial aid woes.

Its most ambitious recommendation was to eliminate two of the state’s primary grants — the Mississippi Tuition Assistance Grant (MTAG) and the Mississippi Eminent Scholars Grant (MESG) — and expand the Higher Education Legislative Plan for Needy Students (HELP) program. Not only would this proposal help the state afford its financial aid programs, but it would ensure money got to the students who need it most.

Two years later, the Legislature has yet to act on a single recommendation from the task force — and it has funded the state financial aid programs at a deficit for the second year in a row, according to statistics released this month in the Mississippi Office of Student Financial Aid’s annual report.

The report also shows that Mississippi continues to disproportionately subsidize college for white students from wealthier families at the expense of working class students of color.

Of the 26,322 students who received a portion of the $45.5 million the state meted out in financial aid last year, more than two-thirds were white. Only 19.7% of all recipients were from the most poverty-stricken families in the state, those that make less than $30,000 per year, while the largest percentage were from homes that make $48,000 or more. This is disproportionate to Mississippi’s demographics.

Essentially, Mississippi is spending almost half of its strained financial aid budget on programs that disproportionately benefit students who are likely to go to college regardless of whether or not they receive state support.

“We’re excluding the highest need students,” said Ann Hendrick, the director of Get2College, a nonprofit that works to increase the number of students attending college statewide.

Not only have these programs become more expensive since they were enacted in the late 1990s, Hendrick and other advocates for college access say the grants are no longer achieving the goals the state set out to meet when it created them.

For example, MESG, the state’s primary merit-based grant, aims to keep the best and brightest students in-state for college. But a study from Mississippi State University research center NSPARC commissioned in 2018 found that MESG did not increase in-state enrollment of high-achieving students. Mississippi awarded $7.4 million in MESG grants last year.

MTAG, the state’s largest program in terms of recipients, was created to support students who do not qualify for need-based federal aid. The idea was to help students from middle-class families who don’t qualify for the Pell Grant but would still struggle to pay for the cost of college. But the Legislature hasn’t increased the amount MTAG awards — between $500 and $1,000 per semester, depending on a student’s academic year — since the program was created in 1995.

When the Legislature created MTAG, “it really made sense,” Rogers said. “The federal Pell Grant program was helping the low-income students and did nothing for the middle-income, working-class parents who wanted to send their kids to college but really couldn’t afford to do so and were getting help from nowhere.”

That year, MTAG covered 41% of tuition for juniors and seniors at the state’s eight public universities. As the cost of college has increased, the program covered just 12% of tuition last year.

MTAG, while “still helpful for the middle,” Rogers said, “no longer has the (purchasing) power that it once did.”

Because the goal was to help students who don’t qualify for Pell Grants, MTAG also excludes low-income students that receive the full Pell Grant.

“I will be honest. While everybody appreciates every aid they get … I have never heard anybody say without that $500 I could’ve never gone to college,” Hendrick said.

HELP, the state’s only need-based grant, covers the full cost of tuition and fees for students attending public colleges and universities. It is the state’s fastest growing program: 4,411 students were awarded aid last year, nearly double the number of recipients in 2016.

But only about half the students who apply for HELP actually get it. Part of the reason so many applicants are denied is that, in order to qualify, students must come from families that make no more than $39,500.

Hendrick said the HELP grant is the most useful one for families.

“The game changing one is the HELP grant. I’ve seen people do dances, tears — it is a game changer because Pell can’t pay for tuition at (one of the state’s public universities). The only way a low-income student who got 20 on the ACT is gonna go to a four-year college or university is [if] they get the HELP grant.”

For years, OFSA has repeatedly warned in its annual reports to the Legislature that Mississippi’s financial aid programs are growing at a financially unsustainable rate. The Legislature, the office warned, has two options to fix the funding gap: Invest more money in the state’s existing financial aid programs or redesign the state aid offerings to more wisely spend its dollars.

The 2018 task force to study financial aid recommended the state redesign its programsto prioritize working class students by phasing out MESG and MTAG and creating one grant solely based on need. Significantly, the committee also suggested creating a pilot program to smooth the funding cliff for HELP, so that families making more than $39,500 could still receive need-based aid.

But the Legislature never did this. Instead, Hendrick says it seems like legislators have mainly attempted to limit who can qualify for financial aid. She pointed to Senate Bill 2547, a bill introduced this session by Sen. Briggs Hopson, R-Vicksburg, that would raise ACT scores to 17 for MTAG, 30 for MESG, and 20 from a single test administered to be eligible for HELP.

Currently, students must score a 15 on the ACT to get MTAG, a 29 for MESG and a superscore (highest cumulative score) of 20 for HELP. Raising the qualifying ACT scores is problematic, Hendricks said, because the current data shows it can have the effect of excluding students of color, who often don’t have access to the same ACT preparation programs as affluent, majority white districts. Because ACT scores highly correlate with income, MESG is one of the most racially disparate financial aid programs in the state, while HELP is the most racially equitable program.

In a Senate Universities and Colleges Committee meeting last week discussing SB 2547, Sen. David Blount, D-Jackson proposed an amendment to the bill that would eliminate MTAG, limit MESG recipients to students from families making 200% or less of the median household income in the state, and raise the income limit for HELP by $10,000.

The amendment failed, but the bill ultimately passed out of committee and will come before the full Senate by Feb. 11 if lawmakers intend to move it forward in the legislative process.

Meanwhile, the Mississippi Postsecondary Education Financial Assistance Board, which oversees OFSA, has started a series of strategic planning meetings to push the Legislature to act.

Hendrick said she would encourage the Legislature to look at “who benefits the most rather than just making changes across the board that would change financial aid for all students.”

“Are we giving the right amount of money to the right students in order to make college accessible and affordable?” Hendrick added. “Are we really looking at it to see who benefits the most?”

This article was originally published on ‘We’re excluding the highest need students’: Most recipients of financial aid in Mississippi are from wealthier families