Please ensure Javascript is enabled for purposes of website accessibility When I was 14, an English teacher saved my life without knowing it - Mid Year Media Review
Skip to content 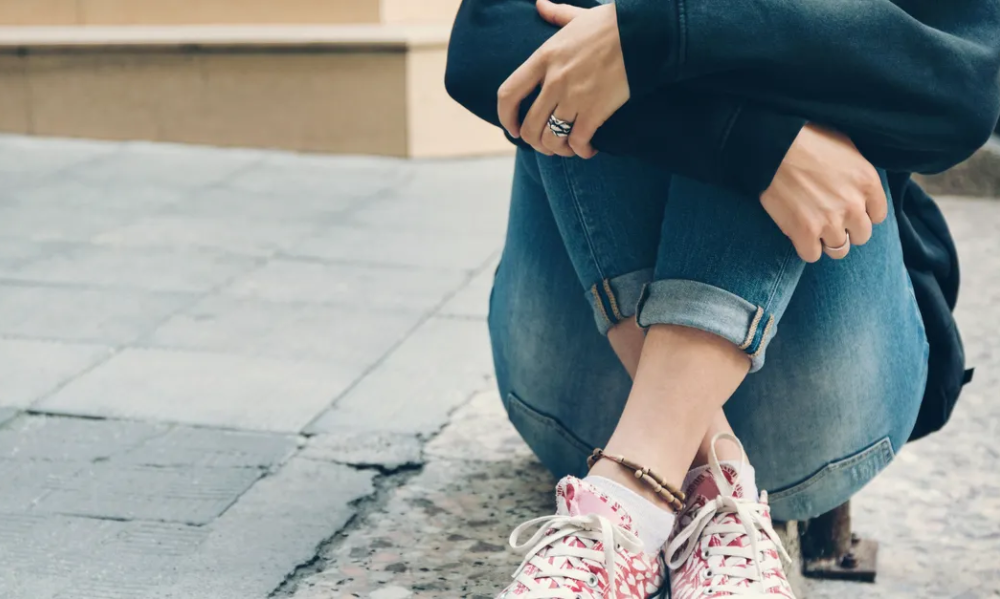 I don’t know why I gravitated toward her so much. Maybe it was her enthusiasm for getting us to act out scenes from Julius Caesar or the way she called me “Kel” when I walked into her room for English class.

I don’t know what it was. But somehow Ms. Hunt became my light when I began to doubt whether my life was worth living at all.

At 14, I was a nerdy kid with bushy eyebrows and frizzy curls that I had yet to learn how to take care of. I was deeply lonely. My divorced parents were constantly at war with one another, my mom was increasingly focused on her new marriage, and my dad was endlessly arguing with my younger brother. I prayed every day that I would be invited to make plans with a friend and crossed my fingers that I wouldn’t be dismissed at lunch by two girls who had decided they were no longer interested in hanging out with me.

Amid all of this, I realized I was gay. In love with a girl on my varsity softball team, I felt the type of longing I didn’t know existed. I was terrified. Despite growing up in a relatively liberal area of Los Angeles, a sense of abnormality and shame sank deep into my bones.

I became severely depressed. Alone in my room, I’d fill pages upon pages of diary entries on Microsoft Word about my crush — each one password protected out of sheer terror that someone would find out.

The one constant presence in my world was Ms. Hunt. I began visiting her in her classroom after school. Every morning, I’d make up an excuse to one of my parents as to why they needed to pick me up 30 or 45 minutes after school ended. And then, every day at 3:15 p.m. when that final bell rang, I would ask myself: Should I go visit today? Will she think I’m weird? Is it too much to go today since I saw her yesterday? Should I just wait for her to come downstairs to say hi instead?

I’d endlessly question the decision as I sat on the brick wall outside the middle school, trying to figure out the exact number of times I could reach out before I became what I told myself I already was: a burden.

Her room, bright and airy from the windows that lined two walls, became my safe place. Although I didn’t mention my sexuality or share the depth of my self-loathing, she let me talk about my day, listened to the problems I was having with my mom, and gave me advice on how to deal with the loneliness I felt among the girls in my class. I can still picture her concerned eyes as she listened to my pain and gave me space to unravel the tightly wound ball of feelings in my chest.

Our brains are wired to remember, long after we think we have forgotten. And so one warm morning before work nearly 20 years later, I push open the door of Starbucks and my eyes land on a dark green Ford Explorer. It looks just like hers, parked outside the middle school all those years ago. Without warning, the scene comes sharply into focus:

At 14, I’m sitting in my room, the house silent around me. Over winter break, the week before, I had been in Mammoth mountain with my mom and soon-to-be stepdad, Craig. My mom, furious with me about my admittedly somewhat-hostile attitude toward Craig, barely spoke more than a few sentences to me the entire trip.

It’s been a few days since we returned, and the house feels just as icy as Mammoth. Alone in front of my computer on a small pink swivel chair, I stare at the screen. I hate this. Before I know it, my body begins to shake with silent sobs. My friends hate me. No one cares. I hate my life. I put my head in my hands, the tears streaming down my face and through my fingers. After a few minutes, I lift my head and stare back at the screen through blurry eyes. When does this end? I just want this all to end. The heaviness feels overwhelming.

Should I email her? I go back and forth in my head a million times, but finally, desperation wins.

I just felt like emailing you, especially because all we talked about on Tuesday (my mom and all that) has gotten worse. Yuck. :o( Anyways, I obviously couldn’t share this with my mom, or my friends considering the fact that at the moment, I have huge problems with them (again) and so I just needed to tell someone. I’m sorry to bother you with my problems though :o( They’re probably not very fun for you to read about. Anyways, I also wanted to say that I hope you had a really really really great birthday!!!!! Hopefully I’ll talk to you soon!!

The next morning, I eagerly sign into my email before school. And there it is.

So sorry to learn that things have gone from bad to worse. I’m holding you in my heart and know that “this, too, shall pass,” for you, as they say.  Please don’t ever think that you’re a bother to me in any way. I treasure our times together and feel quite honored that you trust me enough to share parts of your life with me. From the very first weeks that we were in class together, I could just tell you would be a very special person in my life, and you are. I look forward to getting together soon. In the meantime, know that I’m sending you all my love and support.

I eventually came to understand my 14-year-old thinking as suicidal. Ms. Hunt never heard these exact thoughts. I never told her how much I wanted it all to end. But she did know a little. She welcomed me into her classroom with a long hug. She listened as I cried. She got excited when I won a softball game.

She doesn’t know this, but I credit my life to Ms. Hunt’s presence. I eventually became a teacher myself in the hope I could maybe be a figure like Ms. Hunt to another lonely eighth grader struggling to see her place in the world. And while I’m no longer in the classroom these days, the nonprofit I now run is centered on helping schools become safe and inclusive environments so students are able to thrive.

It’s been nearly 20 years since Ms. Hunt unknowingly saved my life. But I can still picture the pink Mickey Mouse ball high above the hood of her dark green Explorer, gleaming at me from the parking outside the middle school building — a sign that at least one person would see me that day.

This article was originally posted on When I was 14, an English teacher saved my life without knowing it