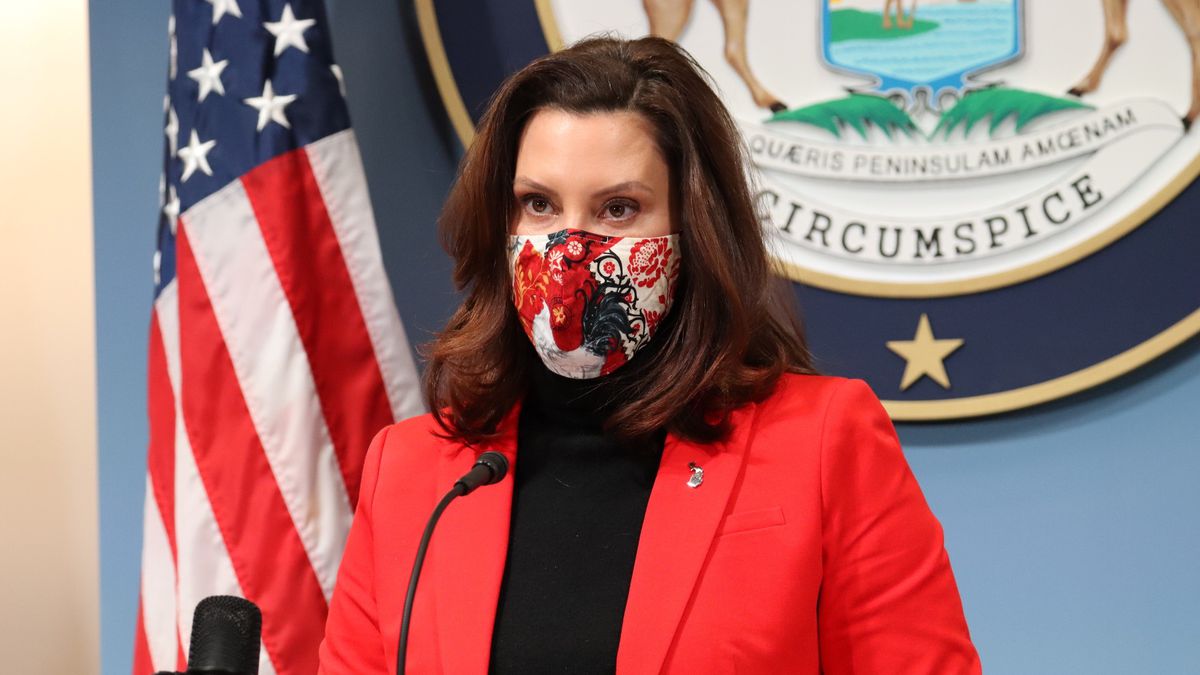 Gov. Gretchen Whitmer signed a bill Tuesday to send coronavirus aid to schools, but vetoed a related bill that would have limited the state government’s epidemic powers, leaving part of the $1.9 billion in limbo.

“Why the Legislature rushed this bill to my desk while they continue to let billions of dollars for schools and aid to Michigan families gather dust is a mystery to me,” Whitmer said in a letter to Republican lawmakers. Republicans, who control the state legislature, didn’t negotiate with Whitmer over the bills.

Even as many states quickly passed federal aid on to schools, the money has become a bargaining chip in an ongoing political battle over Whitmer’s pandemic powers. GOP leaders want to limit her ability to close schools and cancel sporting events even though she has pushed schools to open in recent months and most have done so.

Schools have already received some COVID-19 relief funds and the state did not cut their budgets this year as expected. Still, school leaders have pressed the legislature to appropriate the funds, saying that schools needed the money quickly to plan for summer school and next year’s school budgets.

Roughly $1.1 billion out of $1.9 billion in federal and state aid can now be distributed to schools. Under the Republican plan, the remaining $800 million could only be distributed if Whitmer signed a separate bill that would prevent her from closing schools or canceling sports games “during an epidemic involving coronavirus.”

Whitmer believes those limitations are unconstitutional, which would mean she can send the remaining money directly to schools without signing the bill.

Whitmer’s administration will review the restrictions on her pandemic power to determine whether they are constitutional, said Steve Liedel, an expert on the Michigan constitution and a member of the law firm Dykema. While the legislature could challenge the administration’s ruling, it probably wouldn’t have standing to challenge Whitmer in court over the issue, he said.

The aid would come mostly from a federal aid package passed in the last days of Donald Trump’s presidency. Most would go straight to school districts to cover costs associated with COVID-19, such as cleaning, personal protective equipment, and helping students close learning gaps.

Districts would receive $1.78 billion in federal money under the bills Whitmer signed, plus an additional $170 million from state coffers.

Whitmer vetoed a part of the bill that would have sent $87 million in state money to private schools, as well as $10 million that would allow parents to pay for private after school programs. Whitmer may be open to including that money in a future bill, her budget director said Tuesday, if GOP leaders are willing to negotiate further on the school funding. Last year, former U.S. Education Secretary Betsy DeVos tried unsuccessfully to divert hundreds of millions of dollars in federal school aid to private schools.

In addition to the federal aid, the bill Whitmer signed on Tuesday sends $170 million in additional state funds to schools, most of which would ensure that even upper-income school districts receive at least $450 per pupil of coronavirus aid. The formula for federal school aid is designed to send more money to districts in low-income communities. Some in Michigan had criticized the federal formula, arguing that all schools incurred additional costs related to the coronavirus, even those in affluent communities.

This article was originally posted on Whitmer signs bills to send $1.1 billion in school funds to Michigan students. Another $800 million is still in limbo amid political battle.