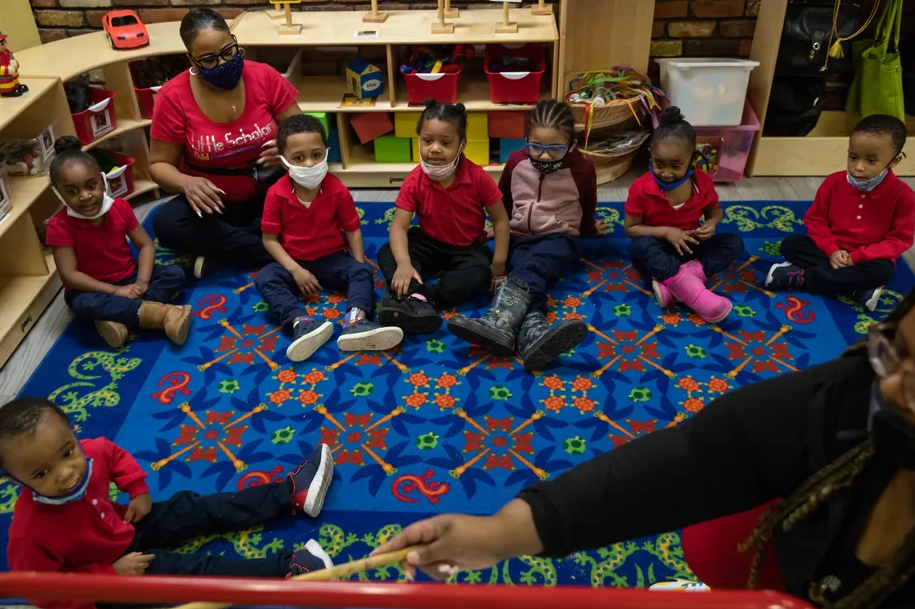 Many of the changes sought by providers are included in Whitmer’s plan, which draws on $1.4 billion in federal child care funds. It is part two of Whitmer’s proposal to beef up Michigan’s child care offerings by tapping federal coronavirus funds and the state’s $3.5 billion budget surplus. Last week, she laid out a proposal to dramatically expand the Great Start Readiness Program (GSRP), the state’s highly rated free preschool system for 4-year-olds.

Under the plan announced Monday, payments to providers would be larger and more reliable, allowing them to build budgets and increase pay for staffers. Income limits would be raised for families participating in the program, meaning more children would be eligible for subsidized care.

“When parents have access to affordable, available, reliable, and safe child care — it is transformative for Michigan’s economy,” Lt. Gov. Garlin Gilchrist, a Democrat, said in a statement. “When we invest into our child care system, we’re allowing … parents to work and be even more productive and provide an environment that children can thrive in.”

Funding for the plan will come from emergency coronavirus aid dollars approved during the Trump and Biden administrations. Michigan must spend the last of the funds by 2024.

The Republican-led legislature must sign off on Whitmer’s plans to spend the federal funds. The two sides agreed last month to negotiate over budget issues after months of political hostilities. Child care issues have generally had the support of both parties in Michigan, with Republicans sponsoring the last major expansion of GSRP.

Michigan’s child care subsidies served 48,000 children in 2019, more than other government-funded programs such as GSRP and Head Start.

The subsidies are paid to private providers, from tiny home-based preschools to child care centers with multiple locations, to help parents with low incomes pay for care. Payments to providers are among the nation’s lowest, and teacher turnover is unrelenting. Michigan child care workers make $12.30 an hour on average — less than housekeepers and parking attendants.

Many centers were only able to keep their doors open with the help of emergency federal grants. The pandemic only tightened the financial pinch for providers. More parents stayed home with their children, and enrollment plummeted.

Among other changes, the plan would:

Child care advocates applauded the plan, which was released on Monday.

“Governor Whitmer’s announcement today marks a historic opportunity to truly prioritize the needs of young children and their working parents,” Matt Gillard, president of Michigan’s Children, said in a statement. “For far too long, Michigan has trailed behind other states when it comes to supporting investment in our child care system.”

This article was originally posted on Whitmer’s plan for $1.4 billion in COVID aid includes raise for Michigan early educators