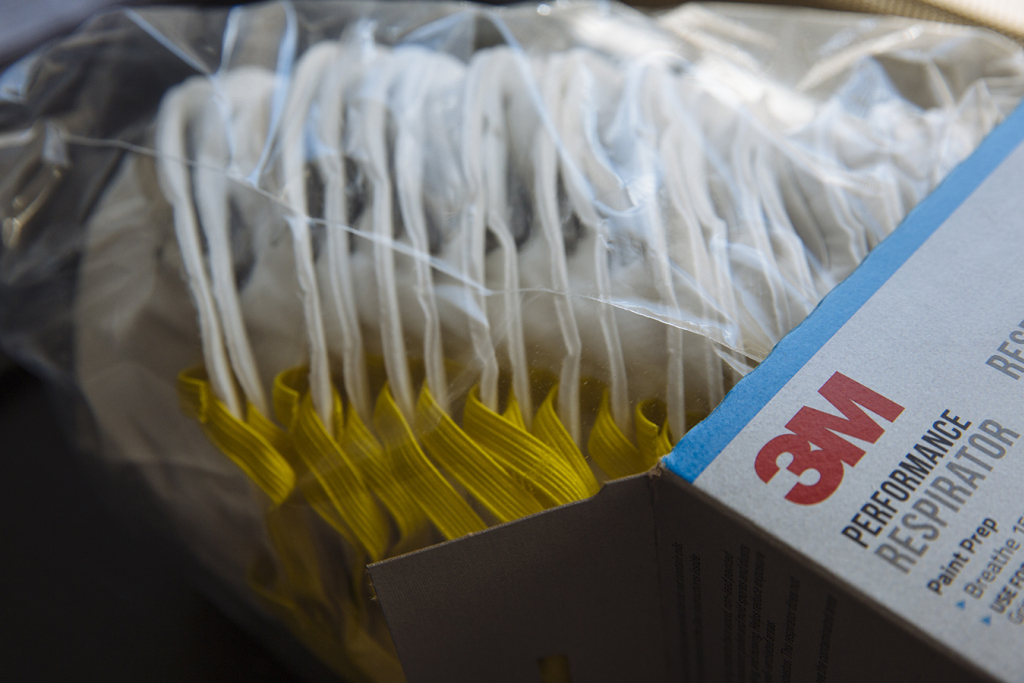 Nursing homes, small physician offices and rural clinics are being left behind in the rush for N95 masks and other protective gear, exposing some of the country’s most vulnerable populations and their caregivers to COVID-19 while larger, wealthier health care facilities build equipment stockpiles.

Take Rhonda Bergeron, who owns three health clinics in rural southern Louisiana. She said she’s been desperate for personal protective equipment since her clinics became COVID testing sites. Her plight didn’t impress national suppliers puzzled by her lack of buying history when she asked for 500 gowns. And one supply company allows her only one box of 200 gloves per 30 days for her three clinics. Right now, she doesn’t have any large gloves on-site.

“So in the midst of the whole world shutting down, you can’t get PPE to cover your own employees,” she said. “They’re refilling stuff to larger corporations when realistically we are truly the front line here.”

More than eight months into the pandemic, health care leaders are again calling for a coordinated national strategy to distribute personal protective equipment to protect health care workers and their patients as a new wave of disease wells up across most of the country. The demand for such gear, especially in hot spots, can be more than 10 times the pre-pandemic levels. While supply chains have adjusted, and the availability of PPE has improved dramatically since the mayhem of the spring, limited factories and quantities of raw materials still constrain supply amid the ongoing high demand.

In this free-market scramble, larger hospitals and other providers are stockpiling what they can even while others struggle. Some facilities are scooping up supplies to prepare for a feared wave of COVID-19 hospitalizations; others are following new stockpiling laws and orders in states such as California, New York and Connecticut.

Over a quarter of nursing homes in the country reported a shortage of items such as N95 masks, gloves or gowns from Aug. 24 through Sept. 20. A recent survey from the American Medical Association found 36% of physician offices reported having a difficult time securing PPE. And about 90% of nonprofit Get Us PPE’s recent requests for help with protective gear have come from non-hospital facilities, such as nursing homes, group homes and homeless shelters.

“I can completely understand that large health systems don’t want to find themselves short on PPE,” said Dr. Ali Raja, co-founder of Get Us PPE and executive vice chairman of emergency medicine at Massachusetts General Hospital. “Smaller places simply not only can’t stockpile but also can’t get enough for their day-to-day usage.”

From the outset of the pandemic, the fight for PPE has been about who has had the most money and connections to fly supplies in from China, sweet-talk suppliers or hire people who could spend their time chasing down PPE. At various points, hospitals with sufficient supplies have shared their wealth, as has California, which sent millions of masks to Arizona, Nevada, Oregon and Alaska this summer.

But the fight for PPE is becoming even more challenging as states, such as California, pass stockpiling requirements, Saha said. Premier asked California Gov. Gavin Newsom to veto a bill that requires hospitals, starting in April, to have stockpiles of three months’ worth of PPE, or face $25,000 fines. However, Newsom signed the bill into law in September, and Saha worries it could become model legislation for other states.

For an average hospital, a 90-day supply is $2 million worth of equipment filling about 14 truckloads, said Chaun Powell, Premier’s group vice president of strategic supplier engagement — or about a football field and a half of warehouse space.

Traditional supply chains were ill equipped to handle the onslaught of demand caused by the pandemic, which has led to the frantic search for PPE. When distributors face such shortages, they rely on past orders to allocate who gets what share of their existing products, so no single buyer buys up everything. Nursing homes and clinics never used this much protective gear in the past, so they lack an ordering history and get put at the back of the line. That has forced many of them to rely on lower-grade masks like KN95s and other workarounds, Saha said.

Shortages of PPE put facilities’ workers and patients at risk, while also limiting their ability to treat their communities. At least 1,300 U.S. health care workers have died of COVID-19.

In Kirksville, a college town in northern Missouri, Twin Pines Adult Care Center Administrator Jim Richardson said his nursing home is running low on gowns. It also is reusing N95s after staffers treat them with UV light. Although major medical supplier Medline Industries has supplied him with extra products at times, he’s still had to turn to eBay.

“I’m a little-bitty facility and I’m bidding against a Life Care nationwide,” he said. “Guess who Medline is going to take care of?”

COVID-19 cases are rising in Kirksville following the students’ return to campus, Richardson said. Visitors are starting to return to the nursing home, and flu season is beginning.

Dr. Michael Wasserman, immediate past president of the California Association of Long Term Care Medicine, said the lack of supplies for smaller providers like nursing homes speaks to the nation’s priorities when it comes to caring for older adults.

“Here we are in October, and the fact that there is not an abundance of PPE for every nursing home in the country is a literal abomination,” he said. “Without PPE, you lose to this virus.”

Stuart Almer, president and CEO of Gurwin Jewish Nursing & Rehabilitation Center, has managed to scavenge the 60-day stockpile required by New York state law for his facility on Long Island, but it’s come at a great financial cost. And he worries that as long as hot spots and stockpiling persist, massive price fluctuations and delivery concerns will continue.

He learned early on no one was coming to save him. Even deliveries from the Federal Emergency Management Agency, which he appreciated, were too small in quantity and not always easy to use. The heavy floor-length gowns it provided needed to be trimmed.

American Medical Association President Dr. Susan Bailey said in an emailed statement that federal officials need to step in: “We urge the administration to pull every lever to ramp up PPE production — for N95 masks, gowns, and testing supplies — and coordinate distribution.”

Get Us PPE’s Raja argued for a more fair, robust, centralized and transparent allocation process that doesn’t rely on donations to fill gaps. What good does it do a community to have a hospital stockpile, he asked, when the nursing home down the street has no PPE?