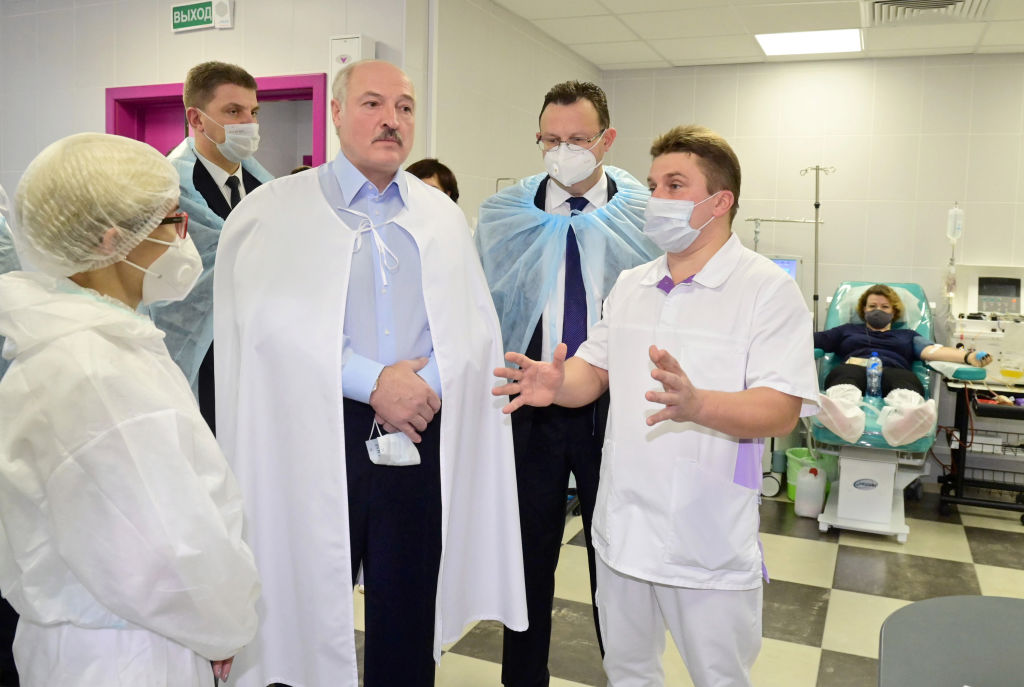 India is the new epicenter of the global pandemic, recording some 400,000 new cases per day by May 2021. However grim, this statistic fails to capture the sheer horror unfolding there. COVID-19 patients are dying in hospitals because doctors have no oxygen to give and no lifesaving drugs like remdesivir. The sick are turned away from clinics that have no free beds.

Many Indians blame one man for the country’s tragedy: Prime Minister Narendra Modi.

In January 2021, Modi declared at a global forum that India had “saved humanity … by containing corona effectively.” In March, his health minister proclaimed that the pandemic was reaching an “endgame.” COVID-19 was actually gaining strength in India and worldwide – but his government made no preparations for possible contingencies, such as the emergence of a deadlier and more contagious COVID-19 variant.

Even as significant pockets of the country had not fully suppressed the virus, Modi and other members of his party held jampacked outdoor campaign rallies before April elections. Few attendees wore masks. Modi also allowed a religious festival that draws millions to proceed from January to March. Public health officials now believe the festival may have been a superspreader event and was “an enormous mistake.”

As Modi touted his successes last year, India – the world’s largest vaccine manufacturer – sent over 10 million vaccine doses to neighboring countries. Yet just 1.9% of India’s 1.3 billion people had been fully inoculated against COVID-19 by early May.

Brazilian president Jair Bolsonaro did not just fail to respond to COVID-19 – which he derides as a “little flu” – he actively worsened the crisis in Brazil.

Bolsonaro used his constitutional powers to interfere in the Health Ministry’s administrative matters, such as clinical protocols, data disclosure and vaccine procurement. He vetoed legislation that would have both mandated the use of masks in religious sites and compensated health professionals permanently harmed by the pandemic, for example. And he obstructed state government efforts to promote social distancing and used his decree power to allow many businesses to remain open as “essential,” including spas and gyms. Bolsonaro also aggressively promoted unproven medicines, notably hydroxychloroquine, to treat COVID-19 patients.

Bolsonaro used his public profile as president to shape the debate around the coronavirus crisis, fostering a false dilemma between economic catastrophe and social distancing and misrepresenting science. He has blamed Brazilian state governments, China and the World Health Organization for the COVID-19 crisis, and has never taken responsibility for managing his own country’s outbreak.

In December, Bolsonaro declared that he would not take the vaccine because of side effects. “If you turn into a crocodile, it’s your problem,” he said.

Many countries around the world have responded to COVID-19 with tragically inadequate policies. However, we argue that the worse pandemic leaders are those handful who chose total denialism over ineffective action.

Alexander Lukashenko, the longtime authoritarian leader of Belarus, has never acknowledged the threat of COVID-19. Early in the pandemic, as other countries were enforcing lockdowns, Lukashenko opted not to implement any restrictive measures to prevent the spread of COVID-19. Instead, he claimed the virus could be prevented by drinking vodka, visiting the sauna and working in the fields. This denialism essentially left preventative measures and pandemic aid to individuals and crowdfunding campaigns.

Over the summer of 2020, Lukashenko stated that he had been diagnosed with COVID-19 but that he was asymptomatic, which allowed him to continue insisting that the virus was not a serious threat. Allegedly thwarting the disease and visiting COVID-19 hospitals without a mask also supported his desired image of a strong man.

Belarus has just started vaccination efforts, but Lukashenko says he won’t get vaccinated. Currently, fewer than 3% of Belarusians are inoculated against COVID-19.

Donald Trump of the United States

Trump is out of office, but his mishandling of the pandemic continues to have devastating long-term consequences on the United States – particularly on the health and welfare of communities of color.

Trump’s early denial of the pandemic, active propagation of misinformation about mask-wearing and treatments and incoherent leadership harmed the country as a whole – but the outcome was much worse for some groups than others. Communities of color suffered disproportionate illness and deaths. Although African Americans and Latinos make up only 31% of the U.S. population, for example, they account for over 55% of COVID-19 cases. Indigenous Americans were hospitalized 3.5 times more and suffered 2.4 times the mortality rate of whites.

Unemployment rates are also disproportionate. During the worst of the U.S. pandemic, they soared to 17.6% for Latino Americans, 16.8% for African Americans and 15% for Asian Americans, compared with 12.4% for white Americans.

These crushing gaps amplified existing inequities such as poverty, housing instability and quality of schooling – and will likely continue to do so for some time to come. For example, while the overall U.S. economy shows signs of recovery, minority groups have not made equivalent progress.

Finally, Trump’s blame of China for COVID-19 – which included such racial epithets as calling the virus the “kung flu” – immediately preceded a nearly twofold increase in attacks on Asian Americans and Pacific Islanders in the past year. This disturbing trend shows no signs of abating.

The Trump administration supported the country’s initial development of the vaccine, an achievement few world leaders can claim. But the misinformation and anti-science rhetoric he broadcast continues to compromise America’s path out of the pandemic. Latest polling suggests 24% of all Americans and 41% of Republicans say they will not get vaccinated.

With 9.2% of its COVID-19 patients dying from the disease, Mexico has the highest case fatality rate in the world. Recent estimates show that it has likely suffered 617,000 deaths – on par with the U.S. and India, both countries with much larger populations.

A combination of factors contributed to Mexico’s prolonged, extreme COVID-19 outbreaks. And inadequate national leadership was one of them.

Throughout the pandemic, Mexican President Andrés Manuel López Obrador sought to minimize the gravity of the situation in Mexico. In the very beginning, he resisted calls to enact a nationwide lockdown and continued holding rallies nationwide before eventually, on March 23, 2020, Mexico shuttered for two months. He frequently refused to wear a mask.

Having inherited an underfunded patchwork of health services when he took office in 2018, López Obrador increased health-related expenditures during the pandemic only slightly. Experts said hospital budgets are insufficient to the enormous task facing them.

Even before the pandemic broke out, López Obrador’s policy of extreme fiscal austerity – in place since 2018 – had made tackling a health crisis much more difficult by significantly limiting the COVID-19 financial aid available to citizens and businesses. That, in turn, aggravated the economic shock caused by the pandemic in Mexico, feeding the need to keep the economy open all last year, well into the ferocious winter second wave, from which Mexico is only beginning to emerge.

Today, mask-wearing is up and Mexico has fully vaccinated 10% of its population, compared with 1% in neighboring Guatemala. Things are improving, but Mexico’s road to recovery is long.