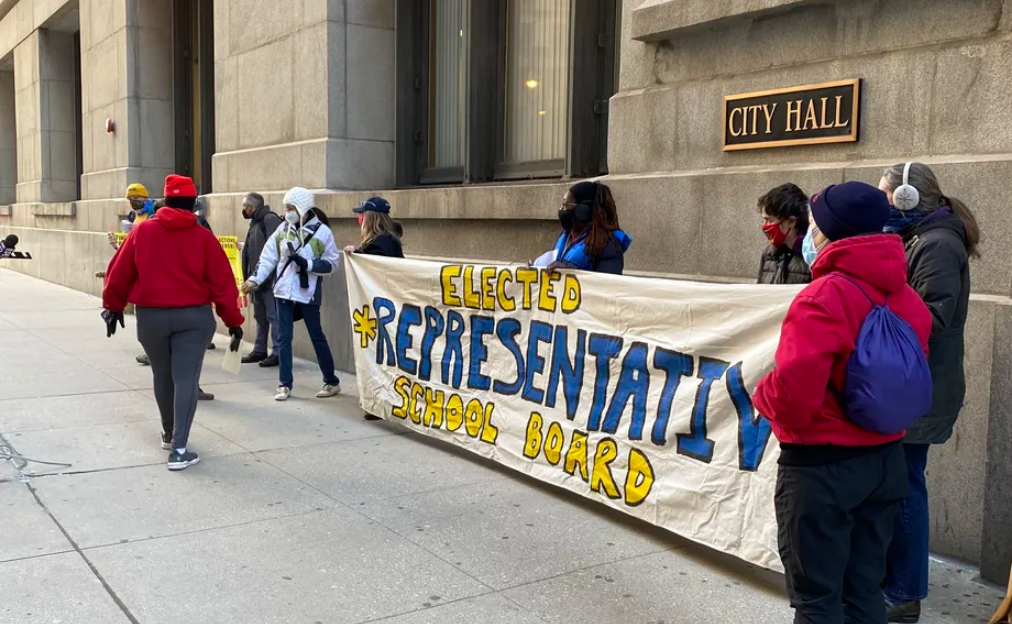 For the first time in Chicago’s history, voters would get a say in who runs the city’s school board under two competing proposals now before the state legislature.

One calls for a fully elected board of education, and the other for a “hybrid” model splitting the school board into some elected members with the majority still appointed by the mayor.

In an interview with The Daily Line’s “CloutCast” podcast, the state senator sponsoring the fully elected school board plan addressed his opponents by pointing to referendums, surveys and previous House floor votes showing overwhelming support of a fully elected board.

“The idea that there is opposition to this, it is super-minority opposition,” said state Sen. Robert Martwick, a Chicago Democrat who has pushed for a fully elected board for years. “It’s just a couple of loud voices.”

Is the record of support for a fully elected school board as strong as Martwick described? The Better Government Association decided to find out.

For 150 years, the Chicago Board of Education has been chosen through a political appointment process headed by the city’s mayor. That stands in contrast to over 90% of school districts nationwide, according to a 2016 Pew Charitable Trusts study.

There is no consensus among researchers about which form of governance fosters better student performance or fiscal management, however, the Pew study noted. And school boards in some other major cities, such as New York, are run by appointed members too.

Still, overwhelming majorities of Chicagoans have long favored a switch. The Chicago Tribune published the results of a 2011 Tribune/WGN-TV poll that found 77% supported an elected board. A 2015 Tribune poll found roughly the same level of support. And last month, Crain’s Chicago Business released the finding Martwick cited during the podcast: 79% of business executives surveyed backed his proposal for a board elected by citizens in 20 districts across the city.

Chris Mooney, a state politics expert at the University of Illinois’ Institute of Government & Public Affairs, cautioned that surveys on questions like this don’t necessarily show the depth of public support for or understanding of a policy change, however.

If you ask voters whether they favor an elected school board, Mooney said, the answer will be, “‘yeah, well of course, why wouldn’t we? It’s America, we have democracy.’”

Martwick said he believes democracy is what’s at stake.

“People say, ‘Oh, well this’ll fix all of our financial problems?’ Didn’t say that. ‘Provide for better student outcomes?’ Didn’t say that either,” Martwick told us in a phone interview. “It’s about the ability to choose my government and hold them accountable.”

Chicago voters also have backed the chance to have that kind of say in two non-binding referendums. Ahead of both elections, then-Mayor Rahm Emanuel and his allies blocked the question from appearing citywide, but the Chicago Teachers Union and other supporters were able to collect enough signatures for it to appear on ballots in some parts of the city. In 2012, the elected school board question received 87% support in 327 precincts, and in 2015, 89% of voters in 37 wards backed it.

The measure also received near-unanimous support in previous years when it came up for votes in the General Assembly, which would have to pass a bill changing state law in order to alter how the board is governed.

In 2016, 2017 and 2019, the House voted to approve Martwick’s plan for a 21-member fully elected board, by margins of 110-4, 105-9 and 110-2, respectively. A modified version calling for fewer members and an independent commission to draw district maps also passed the Senate 53-2 in 2017, but was never taken up by then-House Speaker Michael Madigan.

Asked why the bill has languished in Springfield for all these years despite its popularity, Martwick told us the short answer is “politics.” Emanuel, he said, “had a lot of influence over the process and he was able to stall that bill successfully in the Senate.”

Mayor Lori Lightfoot, who supported an elected school board during her campaign, opposes Martwick’s plan and has called a 21-member board “unwieldy.” The city’s counter proposal would create a board of seven members and later grow to 11, a minority of whom would be elected by voters. State Sen. Kimberly Lightford is sponsoring that bill. The mayor would appoint five, and later eight, of the members.

One version of Martwick’s plan passed the House 71-39 last month, with all Chicago-based legislators voting in favor of it. Following that vote, Senate President Don Harmon promised to put a bill creating an elected Chicago school board on Gov. J.B. Pritzker’s desk this year. However, Harmon has asked the sponsors of the different proposals to first work toward a compromise that would transition the board from appointed to elected members gradually rather than immediately.

Martwick said opposition to letting voters pick who sits on Chicago’s school board is in the “super minority.”

For support, he pointed to surveys, referendums and House floor votes all overwhelmingly favoring an elected board. Several older polls Martwick did not mention garnered similar results, as did a vote on a modified version of his plan in the state Senate. A recent House vote on the measure this year also gained majority approval.

TRUE — The statement is accurate and there’s nothing significant missing.