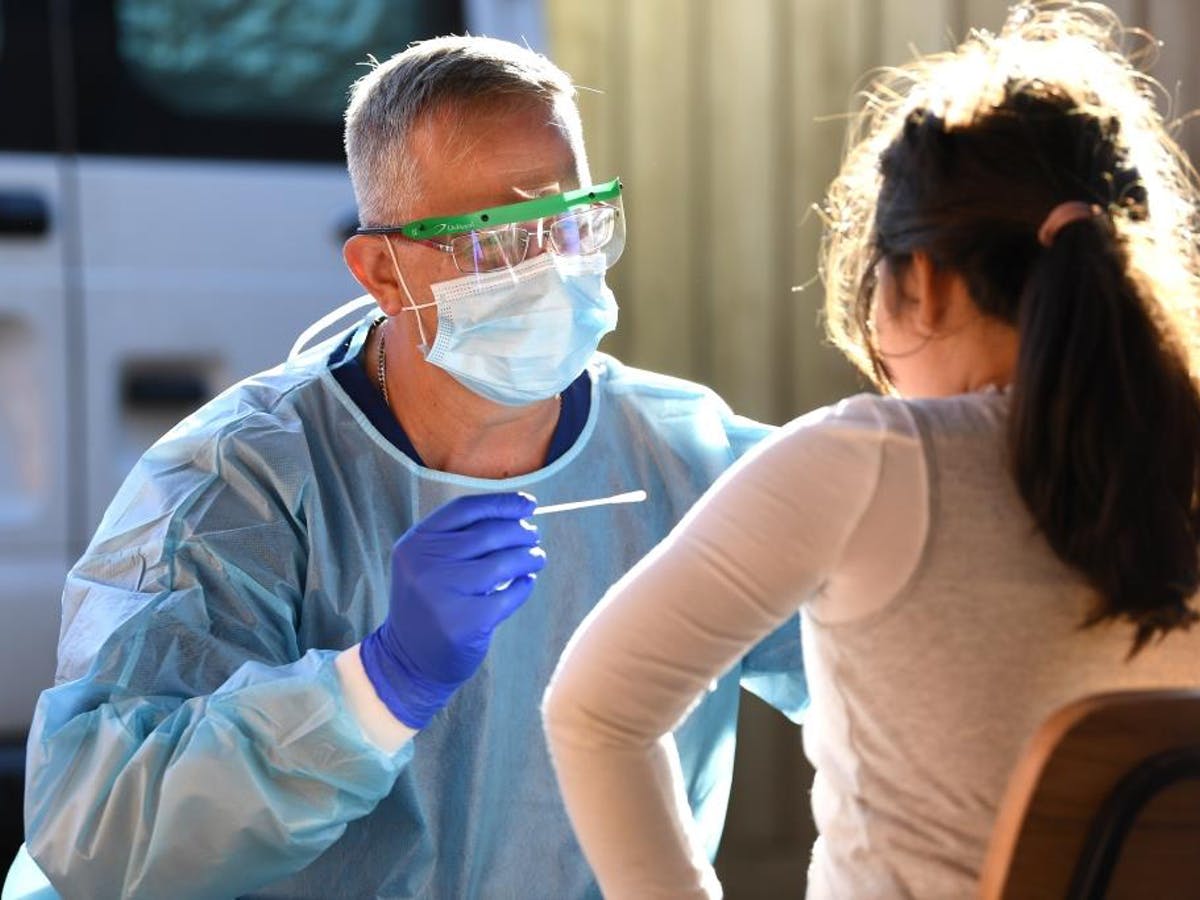 School districts that were planning to spend some of their pandemic relief money on COVID testing got another financial boost Wednesday, as federal health officials announced they would provide $10 billion to states and some cities specifically for COVID testing in schools.

The money, which will come from the U.S. Department of Health and Human Services, can be used to help schools put new testing programs into place or to pay for existing ones. It will help cover the costs of diagnosing students or staff who come to school with symptoms, as well as the routine screening of asymptomatic students and teachers that has allowed some schools to keep their buildings open during the pandemic.

The Biden administration said the money, included in the $1.9 trillion stimulus package that the president signed into law last week, is part of its bigger effort to reopen more schools for in-person learning this spring. By one estimate, around one in five students attend school districts that are still fully virtual.

As more and more teachers and school staff are able to get vaccinated, it’s unclear how many school districts will want to launch new COVID testing programs. In late February, around one third of school district leaders said they were testing at least some staff or planned to do so when they reopened for in-person instruction, according to a nationally representative survey by the EdWeek Research Center.

But the large sum is a sign the Biden administration wants to remove all possible barriers to getting more students back into school buildings. Some also see COVID testing as a key strategy for not just reopening buildings, but encouraging hesitant families to send their children into them.

“I don’t see a world in which we’re going to get everyone back to school next year unless we have some approach to comprehensive testing for students and staff,” Mike Magee, who heads the organization Chiefs for Change, which works with superintendents across the country, said last week. “My sense is that communities are going to need that level of reassurance.”

In Baltimore, Superintendent Sonja Brookins Santelises said the district’s pilot COVID testing program allowed officials to show families the low incidence rate of COVID in schools. When the district did pool testing for some 3,300 students in kindergarten to second grade last week, it saw an infection rate of less than half a percent, she said — a figure low enough to build trust with hesitant families.

“Because the real question in communities like Baltimore is: Is there trust that we are actually going to be able to keep people informed and keep young people safe,” she said. “Incorporating it in the regular routine of the school day and getting the essential information back really has been a game-changer for the security and confidence of families and staff who are returning.”

A January report looking at early results from COVID testing programs in six school districts, funded by the Rockefeller Foundation, found that weekly screening of all students and staff can reduce in-school infections, but that less frequent or widespread testing didn’t add much value.

The new federalmoney for states ranges from $888 million for California to $17 million for Wyoming. Public health departments in large cities that are home to some of the nation’s largest school districts will get their own pots of money. They include New York City ($251 million), Los Angeles County ($302 million), Chicago ($81 million), Houston ($70 million), and Philadelphia ($48 million).

It’s unclear how long the money will last. Mara Aspinall, a professor at Arizona State University’s College of Health Solutions who has been looking at COVID testing programs at schools, estimated that the $10 billion wouldbe enough to cover the cost of every school district doing five or six rounds of testing during the spring semester — though she expects some districts will not use the money.Usual swab tests for schools run around $33 per person, she has found, though pool testing — where tests are run in batches — can reduce costs.

Santelises in Baltimore said her district had estimated it would cost $9 million to do saliva testing for high schoolers and pool testing for younger students through the end of the school year.

“Long-term, we’re going to have to continue to monitor the cost-benefit analysis,” she said.

This article was originally posted on $10 billion coming to states for COVID testing in schools, as feds push for reopening