Please ensure Javascript is enabled for purposes of website accessibility A $5.5 billion shift in who pays for public education in Texas - Mid Year Media Review
Skip to content 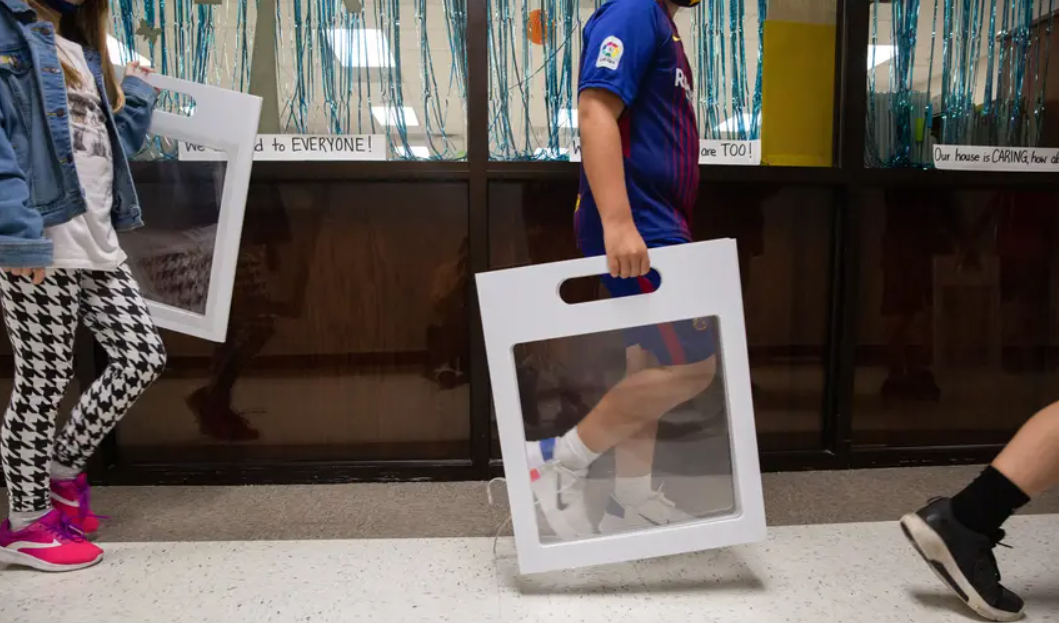 Fast-rising property values in Texas can be hard on local taxpayers, but they’re gravy to the state government.

Because of the way public schools are funded, a rise in local property tax revenue means the state doesn’t have to send as much money to local school districts. The schools would get the same amount as before — it’s not a budget cut — but the money that might have come from the state comes instead from local school property taxes.

This year, that amounts to $5.5 billion — most of it from property value increases. About 21% of that amount — $1.2 billion — comes from what the Legislative Budget Board called “lower-than-anticipated Average Daily Attendance rates, increased non-General Revenue Funds revenues, and federal Coronavirus Aid, Relief, and Economic Security (CARES) Act funding.”

In plain language, that’s a drop in the average number of students that school funding is based on, money that comes from sources other than state taxes and money from the first round of federal COVID-19 relief.

That last one is a sore spot for local officials, who see the state skimming from a pot of money that was supposed to go to public education. Here’s how that scam works: The money is still going to public education, but the amount the state would have sent is being reduced by the same amount, freeing the state to use money it would have used on schools on some other part of government.

The budgeteers’ word for that is “supplanting” — instead of getting the state money that was coming to them, with the federal money on top, the schools get the same amount of money they’d have received without any federal aid.

That first round of federal COVID-19 relief was small beer compared with the money in play now. For public education, the first round amounted to $1.3 billion — some of which was used in the supplemental budget. The second round was $5.5 billion, and the third round is $12.4 billion. The state hasn’t distributed the second and third rounds. Given what happened to the first-round money, some districts are wondering if they’ll ever see their share of that aid — much of it was needed as soon as possible to bring the state’s public school students to the educational levels they’d have reached had there been no pandemic.

The school districts, the Legislature, the governor and the Texas Education Agency, among others, are haggling over that right now.

The $5.5 billion that’s coming out of the state’s spending on public schools is part of House Bill 2, a customary “supplemental budget bill” that patches holes in the current state budget that ends on the last day of August. Supplemental budgets are often spending bills that account for higher-than-expected spending during a two-year budget cycle. But this one, according to a summary prepared by the Legislative Budget Board, includes a big drop in anticipated spending, partly from that lower education spending, from $3.9 billion in federal COVID-19 aid that supplanted what the state would have spent paying its own employees and $793 million from the 5% budget cuts at state agencies ordered by state leaders last summer, when it looked like the pandemic would put a bigger dent in the economy.

That’s a long way from where lawmakers thought they would be at this point. When the state’s economic outlook was at its most dire last summer, Texas Comptroller Glenn Hegar thought lawmakers might face a multi-billion-dollar deficit in the current budget, with more problems ahead for the two-year budget they needed to write. It got better as the year went on and the economy recovered. And this week, writing a new state budget seemed to get pretty easy.

The Senate’s version of that next budget, approved unanimously earlier this week, would spend $250 billion without the scrimping and belt-tightening Hegar and others had feared. And they haven’t yet turned to more than $38 billion in federal COVID-19 relief — including the money for schools — available to the state.

It’s good news for the state. For school districts in Texas, there are still a couple of asterisks. The local share of public education costs is rising, thanks to property values. And federal money that’s supposed to be coming their way appears to have encountered some obstacles in the Texas Capitol.

This article was originally posted on A $5.5 billion shift in who pays for public education in Texas