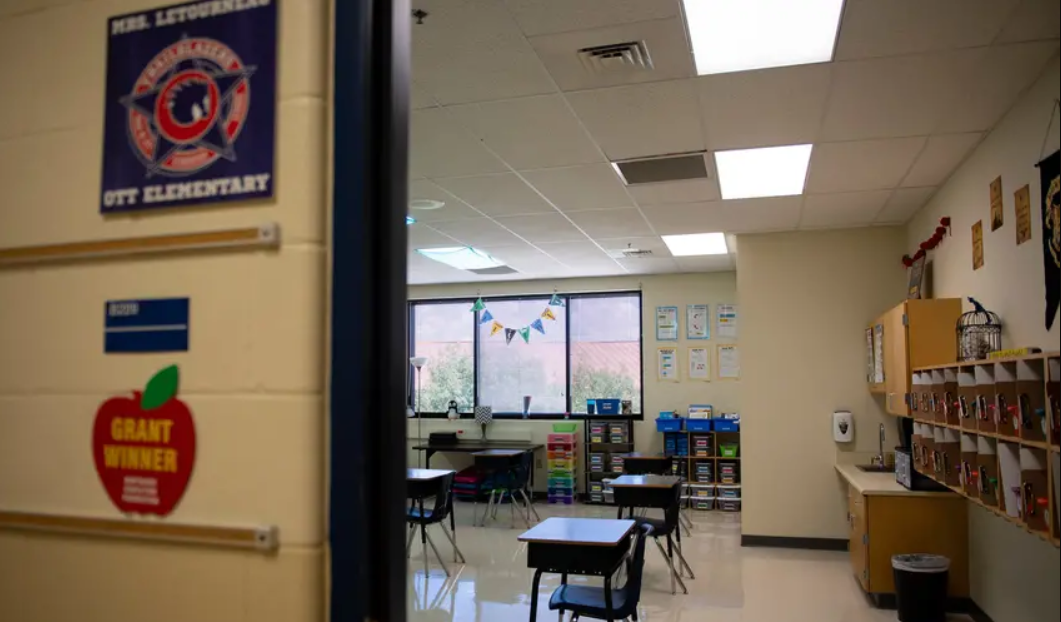 Intel nearly built a massive chip fabrication plant near Fort Worth in 1991, but the tech giant instead picked Arizona because Texas property taxes were too high. Two years later, Texas lawmakers reacted by creating Chapter 313, also known as the Texas Economic Development Act, to offer property tax breaks to major companies that locate new facilities in the state.

Since then, oil refineries, petrochemical factories and even the upcoming Tesla plant outside Austin have enjoyed massive breaks on their property taxes thanks to the program. Today, Chapter 313 agreements account for almost a billion dollars in tax breaks for some of the largest companies in Texas.

In exchange for the tax incentive, those corporations pay fees directly to local school districts to make up for their share of the lost property tax revenue.

But the program is set to expire at the end of 2022, so the Legislature either has to renew it or allow it to lapse, letting any existing agreements between companies and schools slowly fizzle out.

A few months ago, renewal seemed like a guarantee, but debate over revisions to the program has stalled efforts to extend 313.

“I think the session started as if it was a win-win done deal, and I think the argument that’s pretty clear now that we have been making is it’s not a win-win,” said Doug Greco, the lead organizer for Central Texas Interfaith and an affiliate of the Texas Industrial Areas Foundation. “There’s winners and losers, and when the big winners are a small number of companies, and losers are kids in urban school districts, that’s not a deal we want to make.”

For Greco and other advocates, a major problem with Chapter 313 is that the payments from companies to school districts lie outside of the traditional school finance system, which requires wealthier districts to share some of their bounty with poorer ones. The state can’t redistribute excess funds from 313 agreements to districts more in need of money. Instead, school districts that make deals with companies get a massive revenue boost, while other Texas schools lose out.

If that problem can’t be fixed, critics would prefer to see the 313 program scrapped entirely. But neither of the two primary bills proposed to extend the program change the fundamental approach, although they contain other sweeping changes that many experts see as controversial. Rep. Jim Murphy, R-Houston, authored House Bill 1556, which eliminates negotiations between districts and companies while limiting the supplemental payments that districts can receive. Murphy’s bill also would expand the types of projects eligible for 313 deals and remove the requirement for companies to create between 10 and 25 new jobs, according to Dick Lavine, senior fiscal analyst for Every Texan. Rep. Brian Birdwell, R-Granbury, also proposed Senate Bill 1255, which would make renewable energy companies ineligible for 313 agreements.

Those changes aren’t enough to get 313 opponents on board.

“Some of these districts have multiple projects, so it’s really quite important to them, and the money is sort of outside the school finance system, so it’s not subject to recapture or anything like that,” Lavine said. “I don’t doubt that they do good things with it, but it’s an enormous advantage for the maybe 100 school districts that happen to be lucky enough to be located where somebody wants to put a facility. And it leaves the other 900 just out of the game.”

According to the most recent report on Chapter 313 from the Texas Comptroller, 222 school districts in the state have a total of 509 agreements with companies through the program. That’s less than 20% of all Texas school districts, and the districts that have 313 deals encompass about 5% of K-12 students in the state.

A single district near Houston, Barbers Hill ISD, has 36 active 313 agreements with different corporations conducting projects in the area. Barbers Hill Superintendent Greg Poole has even started his own consulting firm, Jigsaw School Finance Solutions, to broker deals between school boards across the state and companies.

“These deals may – and I emphasize the word may – benefit a small number of school districts, but they provide more benefit to the businesses getting the tax breaks,” said Clay Robison, a public affairs specialist for the Texas State Teachers Association. “And they rip off the vast majority of Texas taxpayers, school districts and school children, who end up covering for the property tax revenue lost to each abatement deal.”

According to an analysis conducted by Nate Jensen, a government professor at the University of Texas at Austin, an estimated 85% of the firms with 313 agreements would have constructed facilities in Texas regardless of the tax break, even though the law requires a company to show that it needs the incentive to move to the state.

Losing out on the Intel chip fabrication plant 20 years ago fueled the passage of Chapter 313 in the legislature, according to Texas Taxpayers and Research Association President Dale Craymer.

“The fact that Texas had lost this kind of marquee project drove home for a lot of legislators that, as distasteful as economic incentives may be on the surface, they’re probably a necessary evil,” Craymer said. “And that led, in 2001, to the creation of Chapter 313.”

Craymer said TTARA supports Murphy’s bill because it will simplify the negotiation process and create more incentives for companies to build factories and offices in Texas. Many opponents argue that renewing the program at all will mean more lost opportunities for additional school funding and add to existing economic inequities between school districts.

“Ironically, what makes [Chapter 313] so bad is what makes it so difficult politically to stop, and that’s kind of a common theme when we talk about some of these policies,” Jensen said. “The ones that are the most lucrative, they’re free money for some interest groups, and they’re really complex and hard to explain to the public.”

Despite a longer than expected delay, the House Ways and Means Committee voted out Murphy’s bill 9-2 during a Wednesday afternoon hearing.

But with just over a month left in the session, some experts now believe that House Bill 4242 by Rep. Morgan Meyer, R-Dallas, will offer a compromise between battling interest groups. Meyer’s bill would renew Chapter 313 for two more years without any changes, affording the legislature another chance at changing the law during the next session. The House Ways and Means Committee also voted out Meyer’s proposed legislation on Wednesday, with just one member voting against.

“Now, it seems as if they’re looking for something to get out of committee that is shorter term, two-year or four-year extension,” Greco said. “So that, to me, seems to be the most likely scenario right now.”

This article was originally posted on A Texas economic incentive offers massive tax breaks to companies, but its renewal isn’t a done deal