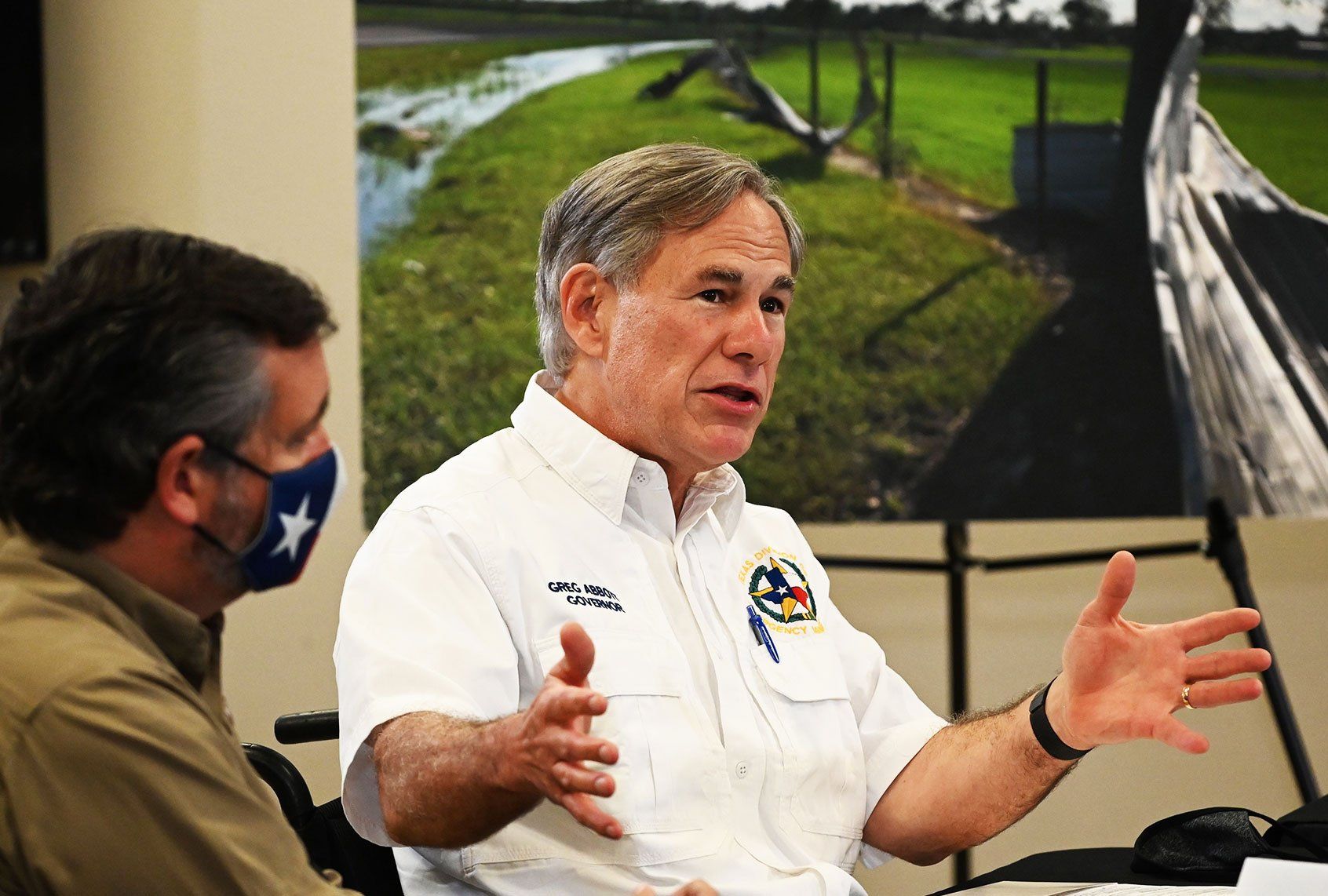 Greg Abbott sounds like a guy who’s had both of his COVID-19 shots. Such confidence!

The governor went to a Lubbock restaurant Tuesday to announce that he’s rescinding his coronavirus restrictions. No more mask requirements. No more capacity limits. None of it.

He said people know how to take care of themselves and don’t need the government to tell them what to do. “It is now time to open Texas 100%,” he said, clearly delighted to be delivering the news.

Two weeks ago, when Texans were shivering in their own homes after their electricity went off and melting snow to flush toilets after their water systems failed, Abbott was flailing, looking for someone else to blame and slowly being exposed as the guy who appointed the people who oversee the people he was trying to blame.

It wasn’t much better for the Texas Legislature, which was given a preview of that disaster 10 years earlier and responded by suggesting, instead of requiring, that the outfits that generate electricity and the companies that supply them with fuel might take precautions against very cold weather. That’s what they do in places where winter electricity is reliable.

The Legislature held its first hearings. They weren’t pretty, but the response is only beginning. The chair of the Public Utility Commission, an Abbott appointee named DeAnn Walker, quit after legislators flambéed her for not using the full powers of her post to prepare the state’s chain of electricity providers for periodic freezes that put millions of Texans in the dark.

There will be more hearings, more roasted appointees and employees, and then the Legislature and the governor will presumably get around to working on the actual problem, which is so expensive and contentious that lawmakers punted the last time this came up, after blackouts in 2011.

Who wants to talk about that?

The coronavirus numbers are going in the right direction, but the current plateau is significantly higher than earlier ones. Daily counts of new cases, hospitalizations, deaths — the horrible statistics that have become so commonplace over the last year — are on downhill slopes. Vaccinations are picking up again, after being stalled by the blackouts and the winter weather. Another vaccine has been added to the toolbox, and the latest news is that there could be enough doses for everyone who wants them by the end of May.

That’s not all the news. The day before the governor was in Lubbock to say everything’s great and he’s getting rid of his precautionary restrictions, the head of the federal Centers for Disease Control and Prevention, Dr. Rochelle Walensky, was telling people like him to hold off. She noted that while caseloads were flattening out, variants of the coronavirus could bring another wave of the pandemic.

“Please hear me clearly,” she said. “At this level of cases with variants spreading, we stand to completely lose the hard-earned ground we have gained.

“Now is not the time to relax the critical safeguards that we know can stop the spread of COVID-19 in our communities, not when we are so close. We have the ability to stop a potential fourth surge of cases in this country.”

Texas voters are more concerned about the spread of the coronavirus than they were in October, according to the latest University of Texas/Texas Tribune Poll — a result that reflects the surge in cases in the months between the two surveys. But that latest poll also found that 82% of Democrats said it’s more important to control the virus, while 72% of Republicans put a priority on helping the economy. The governor’s latest pronouncement is right in line with his fellow Republicans.

It’s not like this is our first rodeo. Almost a year ago, Abbott was a fully vested member of the flatten-the-curve club, closing businesses and telling Texans to socially distance, to do what they could to stop the spread of what we were all still calling the novel coronavirus.

By the end of April, we were already tired of it. Our hair was getting long and unruly. The kids were home from school, and they were unruly, too. Voters were getting cranky and whiny. Abbott, along with some of his counterparts in other states, started lifting restrictions.

That was the beginning of the summer surge. Cases were down again in September and early October — the low point before the surge that went from late October into January. The human toll of those surges has been devastating, both statewide and in hot spots that cropped up over the last year at nursing homes, prisons, food processing facilities and in cities like El Paso, where deaths came so quickly in November and December that jail inmates and National Guard troops were called into service in temporary makeshift morgues.

It’s true that the numbers are improving, and also that they remain high. The situation is better, but not good.

Nevertheless, the governor has decided it’s time to throw the doors open and put the pandemic gloom behind us. Restaurants can welcome us in again — all of us, not just a measly 25%. Concerts and sporting events can pack us in. And nobody can make us wear masks, either.

What could possibly go wrong?

This article was originally posted on Abbott’s icebreaker