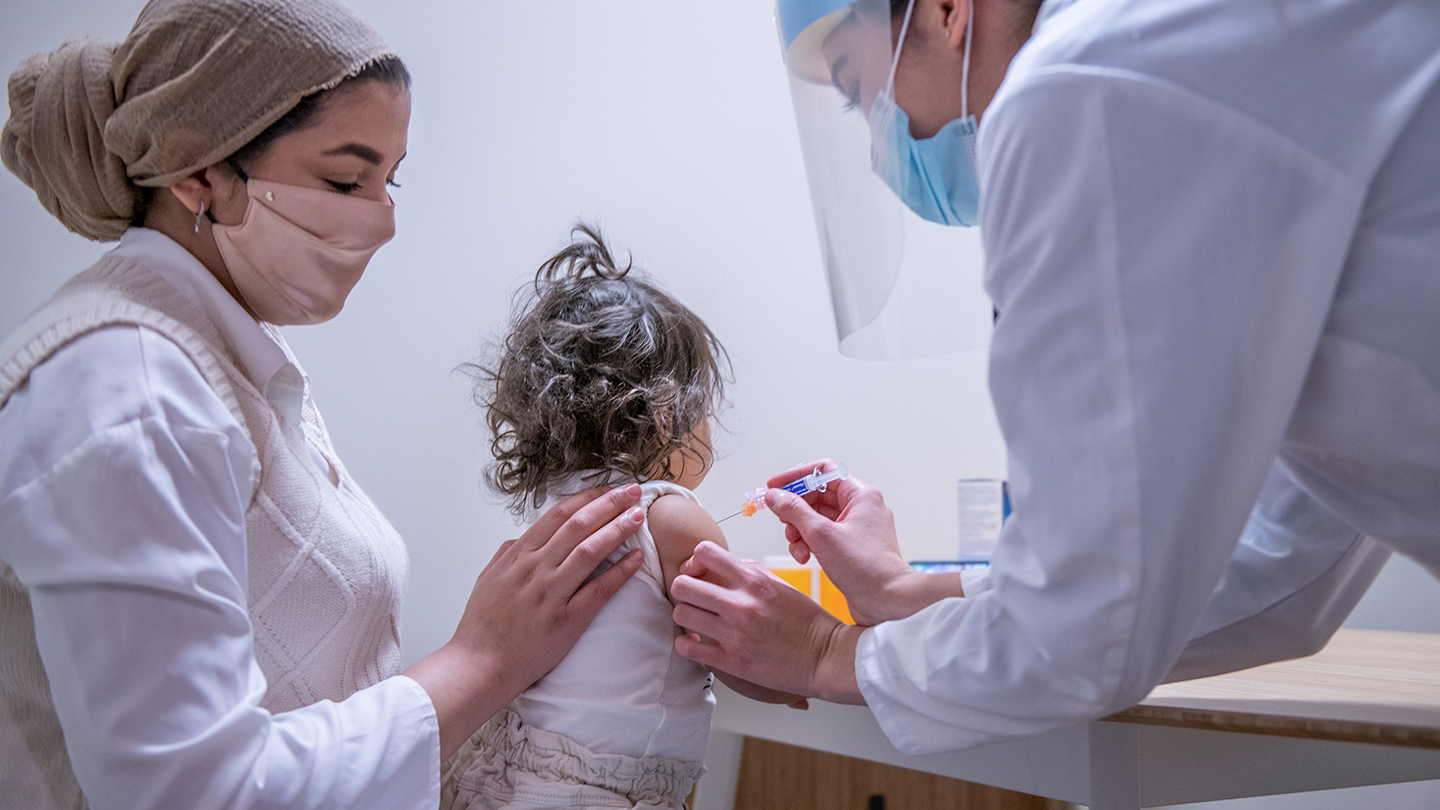 Taking antibiotics in the first two years of life can prevent babies from developing a robust immune response to certain vaccines. The new finding provides another cautionary tale against overusing antibiotics, researchers say.

Babies get immunized in their first six months, and receive booster doses in their second year, to protect against certain infectious diseases. Antibiotic use during that time was associated with subpar immune responses to four vaccines babies receive to ward off whooping cough, polio and other diseases, researchers report online April 27 in Pediatrics.

And the more rounds of antibiotics a child received, the more antibody levels to the vaccines dropped below what’s considered protective. Levels induced by the primary series of shots for the polio, diphtheria-tetanus-pertussis, Haemophilus influenzae type b and pneumococcal vaccines fell 5 to 11 percent with each antibiotic course. In the children’s second year, antibody levels generated by booster shots of these vaccines dropped 12 to 21 percent per course.

“If anyone needed yet another reason why overprescription of antibiotics is not a good thing, this paper offers that reason,” says immunologist Bali Pulendran of Stanford University School of Medicine, who was not involved in the study.

Taking antibiotics disrupts the population of bacteria that live in the gut. That’s well known, but researchers are still learning about how that disruption can affect a person’s health. The new study adds to evidence that diminishing the amount and diversity of gut bacteria impacts vaccination. In studies in mice, antibiotics hampered the immune system’s response to vaccines. And a small study in humans found that antibiotics dampened adults’ response to the flu vaccine in those whose prior immune memory for influenza had waned, Pulendran and colleagues reported in 2019.

The study in Pediatrics is the first to report an association between antibiotic use and compromised vaccine responses in children. Michael Pichichero, a pediatric infectious diseases specialist at the Rochester General Hospital Research Institute in New York, and colleagues collected blood samples taken from 560 children during routine visits with their pediatricians. Of those, 342 children had been prescribed close to 1,700 courses of antibiotics and 218 children had not gotten the drugs. The team analyzed whether antibody levels induced by the four vaccines met the threshold considered protective and found levels more often fell short for the kids who had gotten antibiotics.

The type and length of antibiotic treatment also made a difference. Broad spectrum drugs were associated with antibody levels below what is protective, while a more targeted antibiotic was not. Furthermore, a 10-day course, but not a five-day course, reduced vaccine-induced antibody levels.

The researchers didn’t look at whether children in the study with diminished antibody levels were more likely to develop vaccine-preventable diseases. But there has been concern about outbreaks of whooping cough, says Pichichero, which have occurred in the the United States despite vaccination . Perhaps antibiotic use can help explain these outbreaks, he says.

To see what kinds of changes are occurring in the gut bacteria, Pichichero and colleagues are beginning a study with a new group of children. The researchers will collect stool samples along with blood draws and antibiotic use records. They’d like to follow the children past age 5, beyond the time kids receive another round of booster shots, to learn whether antibiotics also interfere with this next opportunity to develop antibodies.

“Antibiotics are miracle medicines,” says Pichichero. “In no way does this study imply that children who need an antibiotic shouldn’t get it.” But if possible, it should be a narrowly targeted antibiotic for a shorter course, he says. Along with the risk of antibiotic resistance that comes with overuse of the drugs, the impact antibiotics could have on vaccine-induced immunity “has clinical implications for every individual child.”