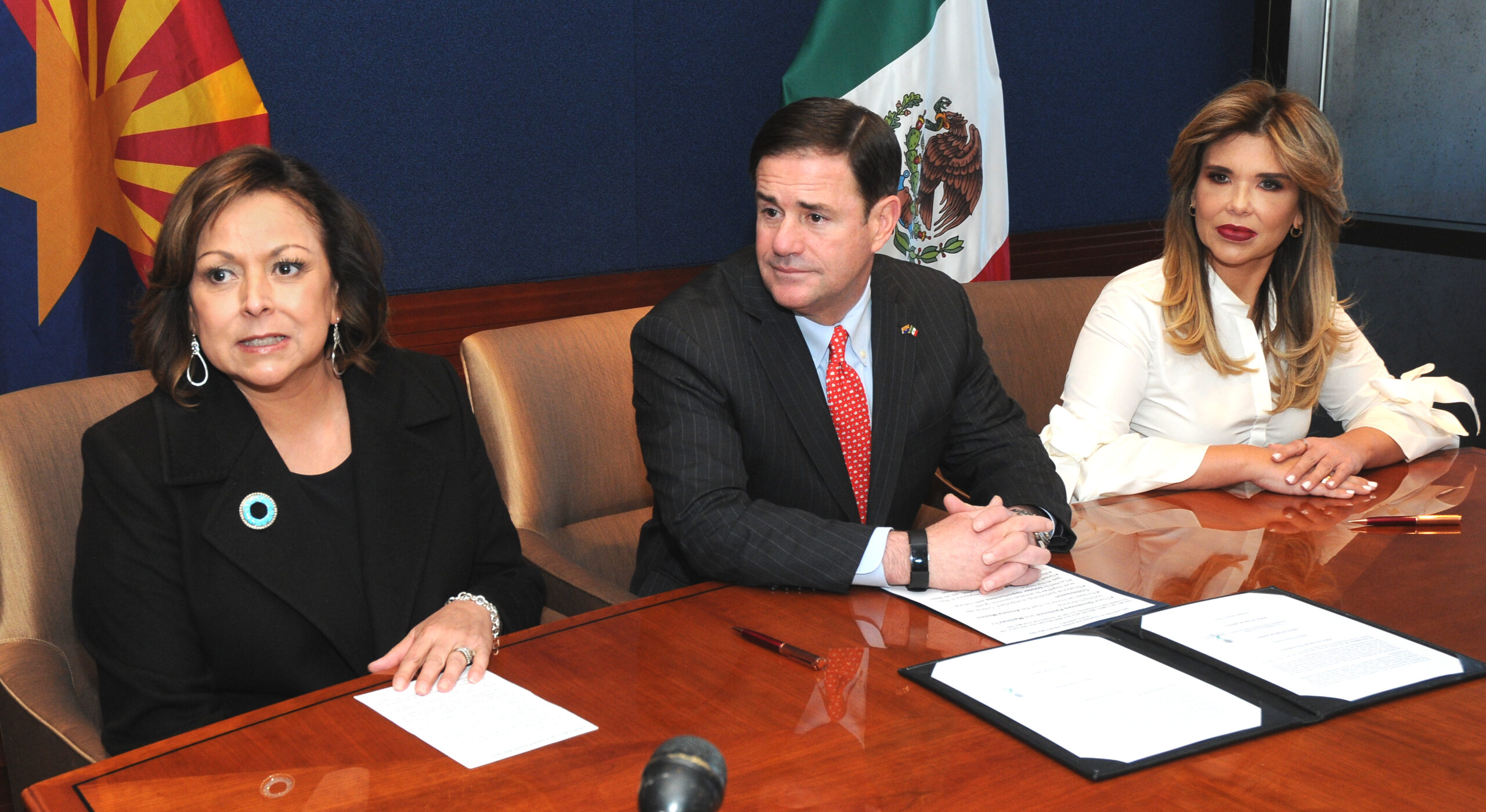 The agreement marks the end of a six-year professional relationship between Ducey and Pavlovich, who was elected in 2015 and will leave office this year. She is the first woman to govern Sonora, one of the 32 states which make up the Federal Entities of Mexico.

First, the agreement includes “an ongoing study of international opportunities for desalination along the coast of Sonora in the Sea of Cortez,” Gov. Ducey said. Desalination is the process of improving the drinking quality of water by removing salt and other minerals.

Officially signed on May 18, the agreement also provides for examining alternatives for water delivery between Arizona, Sonora, and the Colorado River Basin with the help of federal partners.

Third, he tweeted that the agreement will “expand collaboration between Arizona and Sonora on projects to monitor air quality in our region.”

The agreement, a Memorandum of Understanding, is the result of negotiations between Sonora and Arizona’s representatives in the Arizona-Mexico Commission(AMC). The document is not legally binding but shows that all parties agree to move forward with a contract.

Gov. Ducey attributed the growth in opportunity in the Arizona-Sonora region to their strong relationship and devotion to mutual economic prosperity.

“It’s our duty to lay groundwork for the generations of people that will live here after us,” he said. “I’m proud to sign a Memorandum of Understanding with Governor Pavlovich today to do just that by protecting our water and air quality future.”

Gov. Pavlovich thanked Gov. Ducey for his work on the agreement.

“The strong relationship between Arizona and Sonora has created jobs, enhanced trade and improved public safety.”