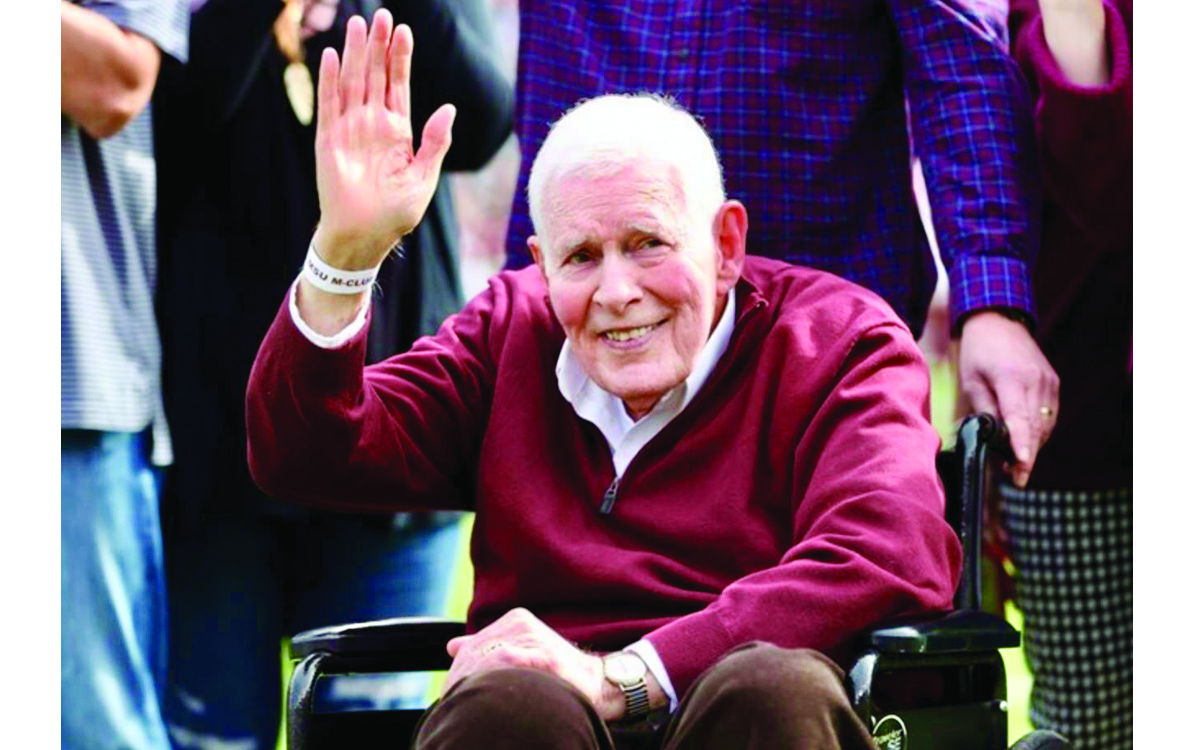 The last time I talked at length to the Mississippi State football legend Art Davis was in September 2014. Art was living in Oregon, but his heart was in Mississippi where his old friend, Jack Cristil, had died.

We talked the morning of Jack’s funeral.

“Days like today, I miss Mississippi the most,” Davis told me, speaking softly. “I live in Oregon and have for 13 years, but Mississippi is my home. It hurts not to be there today to celebrate Jack’s life. He meant so much to Mississippi and Mississippi State.”

Conversely, Art Davis, who died Jan. 29 at the age of 86, meant so much to Jack Cristil. It is a matter of fact that big Arthur Davis scored the first touchdown Cristil ever called at State. This was 1953. Dudy Noble had just hired Cristil to do State’s radio broadcasts for a whopping $25 per game. Noble told Cristil: “You tell that radio audience what the score is, who’s got the ball, how much time is left, and you cut out of the bull.”

So State opened the season at then-Memphis State, where Cristil dutifully told the audience how big Arthur Davis, so fast and so strong, ran 38 yards for a touchdown to give the Bulldogs an early lead en route to a 34-6 State victory. Who could have guessed: Cristil would go on describing State touchdowns for 58 years. He never forgot the first touchdown or the man who scored it.

Years ago, Cristil talked about the man who quite possibly was his favorite Bulldog of all-time, saying Arthur Davis “was an All-American on the field and a true gentleman off it.” Cristil said he had never felt closer to any individual, that Davis personified the best of Mississippi State.

Davis, who stood 6 feet, 2 inches tall and weighed just under 200 pounds and ran a 9.8 100-yard dash, was named the Southeastern Conference’s Player of the Year in 1954 and was a first team All American in 1955. He starred on both offense and defense. Once, at Tiger Stadium in Baton Rouge, Davis scored all four touchdowns – three on runs and one on a pass interception – in a 25-0 State victory. Look Magazine named him college football’s Player of the Year in ’55. He was the fifth player taken overall in the 1956 NFL Draft, despite a crippling knee injury suffered as a senior at State. In 2018, Art Davis was inducted into State’s exclusive Ring of Honor.

The death of Art Davis follows by 34 days the death of his older brother, Harper Davis, another Mississippi State football legend and Mississippi Sports Hall of Famer. Harper was nine years older. Amazing that so much football talent could come from one Clarksdale family. Harper was once considered the fastest player in pro football. Turns out, his little brother was equally as fast, was three inches taller, and weighed 20 pounds more.

As a child in Clarksdale, Art was nicknamed “Honeybee.” A nurse in his pediatrician’s office said the little boy was “as cute as a honeybee.” The name stuck, even as he grew into a big, strapping man.

He entered his senior year at Clarksdale High as one of the most highly recruited players in the country, then suffered a broken leg in the first game of the season. Many of the out-of-state college suitors backed off, but State and Ole Miss still offered him a scholarship and Art chose State.

There, he played for a young Darrell Royal. Years later, he would help Royal coach a national championship team in 1963 at Texas. Before that, he also coached with Paul Dietzel at LSU and Bobby Dodd at Georgia Tech. After the national championship at Texas, he retired from coaching and came back to Mississippi where he worked, at various times, in Cleveland, Clarksdale and Starkville.

He moved to Oregon in 2001 to be closer to his grandchildren.

But he never quit missing Mississippi, says his son Doug Davis, who still lives near Portland.

Last year, Art made the decision, as son Doug Davis, describes it, “He wanted to end his life on home turf.”

So Art Davis moved back across the continent to Starkville, where he will be buried today not too far from where he scored so many touchdowns and where his name appears on the huge stadium.

I remember, almost hauntingly, what Art Davis told me more than seven years ago when we talked on the morning of Jack Cristil’s funeral.

“I miss Mississippi,” Art said, still speaking ever so softly. “You know people out here hear my accent and ask me where I am from and I tell them Mississippi. Invariably, the people screw up their face and say something like, ‘Really?’

“So I tell them, ‘Yes I am from Mississippi, just like Walter Payton, Jerry Rice, Archie Manning, Brett Favre, William Faulkner, B.B. King, Elvis Presley, John Grisham and Eudora Welty. They are always surprised when they hear those names. And then I’ll always tell them: ‘There’s no place like Mississippi.’”

Today’s (Feb. 2) memorial service for Art Davis will be held at Odd Fellows Cemetery on University Drive in Starkville with a visitation at noon, followed by a short service at 1 p.m. Memorials can be made to St. Jude Children’s Research Hospital and/or the Parkinson’s Foundation.

This article was originally published on Art Davis loved Mississippi so, he came home to die ‘on home turf’