Please ensure Javascript is enabled for purposes of website accessibility At least 50,000 Texans receive abortions in the state each year. Here’s a look behind the numbers. - Mid Year Media Review
Skip to content 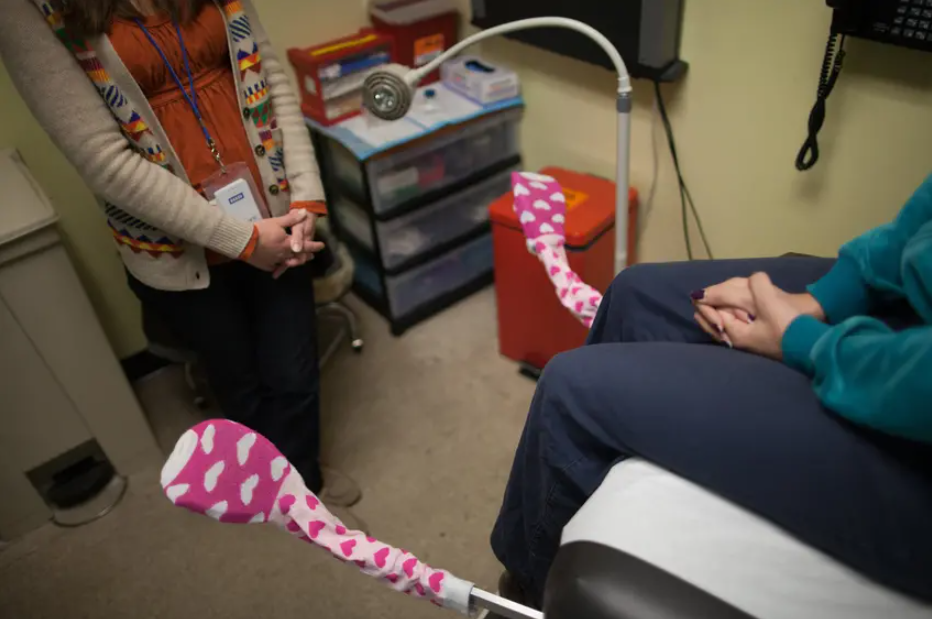 With Roe v. Wade hanging in the balance, Texas is poised to ban nearly all abortions if the ruling is overturned. The Texas Tribune analyzed data on abortions reported to the state to see who has accessed abortion in Texas — and who stands to lose access in a post-Roe world.

Texas already has the most restrictive abortion law in the country. After the law prohibiting abortions after about six weeks into a pregnancy took effect Sept. 1, the number of abortions statewide from September to December dropped by 46% compared with the same period in 2020, according to preliminary data from the Texas Health and Human Services Commission. Data on abortions performed in 2022 is not yet available.

Around 50,000 to 55,000 Texans obtained abortions each year from 2014-21. Before that, more than 60,000 abortions were obtained yearly. These totals account only for abortions performed legally in Texas and don’t include people who went out of state or obtained abortion-inducing medication without a prescription.

Women can generally get pregnant from ages 15 to 44, according to the Centers for Disease Control and Prevention. Around 9 out of every 1,000 Texas women of child-bearing age had an abortion each year from 2014-20, according to Census population data and abortion data from the Texas Health and Human Services Commission. Nationwide, the rate was 11 to 12 abortions per 1,000 each year from 2014-19.

Abortions had been decreasing steadily before 2014, with the largest year-to-year drop in 2014. The year prior, a law went into effect limiting the ability of abortion clinics to operate in the state. It required all abortion facilities meet the standards of ambulatory surgical centers, which led half of the 40 Texas abortion clinics to close by 2016. The law also required doctors performing an abortion to have admitting privileges at a hospital within 30 miles of the abortion facility.

Who has gotten abortions in Texas?

More Hispanic Texans obtain abortions each year compared with any other race or ethnicity in the state. In 2019, 21,826 abortions were performed for Hispanic individuals, which is about 8 abortions per 1,000 Hispanic women of child-bearing age in Texas. Hispanic Texans are almost the state’s largest demographic group, falling slightly behind non-Hispanic white residents.

The use of abortion-inducing medication has fluctuated due to a flurry of back-and-forth policies at the state and federal levels. In 2013, a Texas law restricted access to abortion-inducing medication by changing the gestational age limit from nine weeks to seven weeks and requiring more clinic visits, leading to a decrease in the number of abortions using that method. But after the U.S. Food and Drug Administration approved the procedure for use during the first 10 weeks of pregnancy in 2016, the number of abortions by pill began increasing.

More than half of abortions in 2020 and 2021 were by pill, in part because the COVID-19 pandemic reduced access to in-person health care. Abortion pills ordered by mail or obtained in Mexico are not reported to the state and are missing in this data.

A Texas law banning the use of the medication after seven weeks of pregnancy went into effect in December 2021. The law also makes it a crime to mail the pills.

The vast majority of abortions performed on Texas residents occur 10 weeks into pregnancy or earlier, calculated from the beginning of their last menstrual period. A law took effect in September 2021 banning all abortions at a gestational age of six weeks. Before this law, the cutoff was 22 weeks gestational age.

This article was originally posted on At least 50,000 Texans receive abortions in the state each year. Here’s a look behind the numbers.