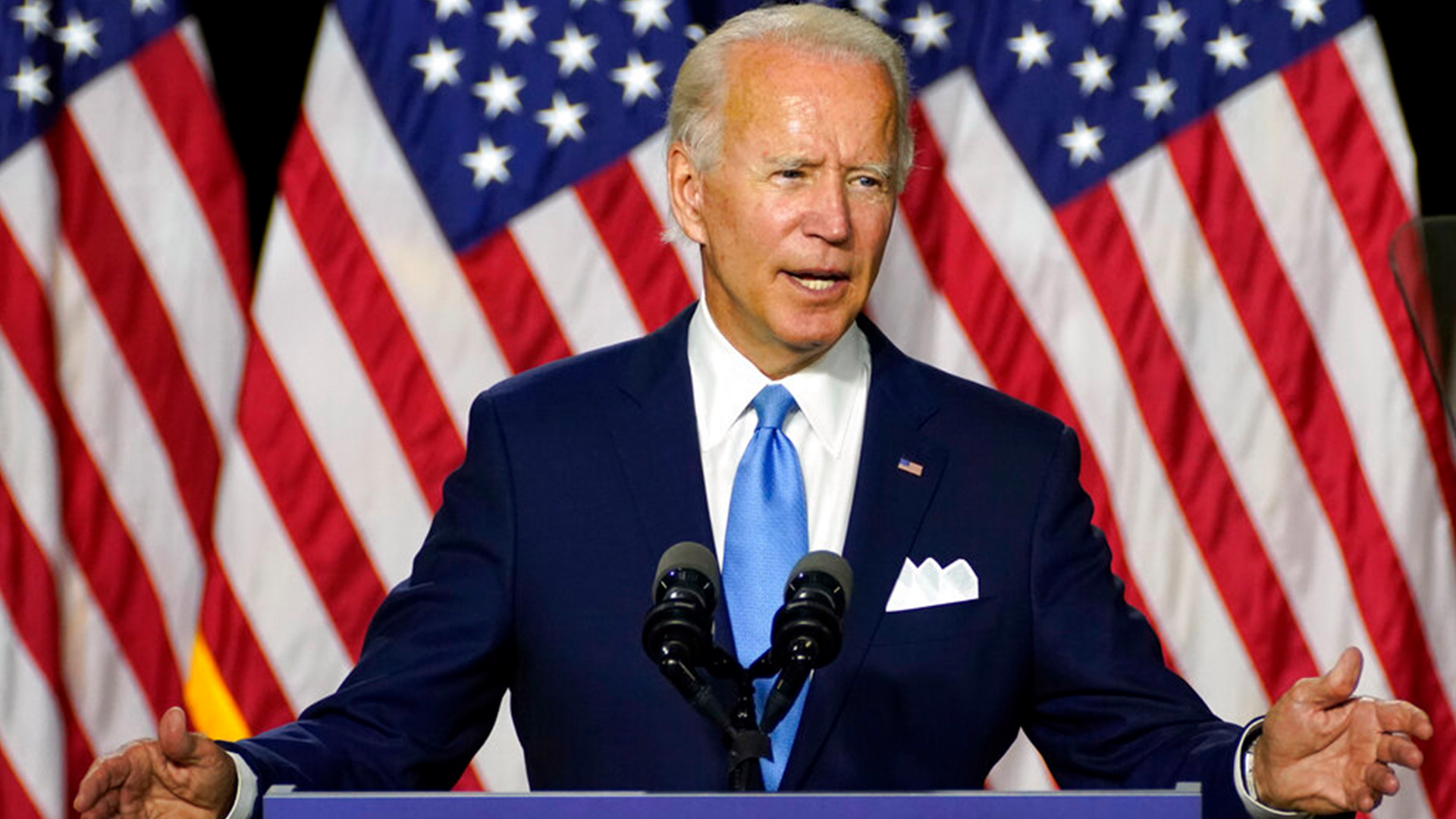 During May 3 remarks on the American Families Plan, President Joe Biden boasted that there was not much disparity in the vaccination rates for white Americans and Americans of color who are at least 65.

“And what’s happening now is all the talk about how people were not going to get shots, they were not going to be involved — look at what that was — we were told that was most likely to be among people over 65 years of age,” said Biden. “But now people over 65 years of age, over 80%, have now been vaccinated, and 66% fully vaccinated. And there’s virtually no difference between white, Black, Hispanic, Asian American.”

This isn’t the only time that Biden has made that claim.

He went even further on April 27 during remarks on the covid-19 response: “And, by the way, based on reported data, the proportion — the proportion of seniors who have been vaccinated is essentially equal between white and seniors of color. … As a matter of a fact, if I’m not mistaken, there are more Latinos and African American seniors that have been vaccinated, as a percentage, than white seniors.”

However, the national data that Biden keeps touting — vaccination statistics regarding both race and age — is not public. We asked the White House for the information underlying this claim, but officials did not provide specifics.

So, we moved on to the Centers for Disease Control and Prevention. Spokesperson Chandra Zeikel told KHN-PolitiFact on May 6 that “unfortunately, we don’t have available a data breakdown of both racial demographics and age together.” Zeikel didn’t respond to a follow-up question asking when or if the CDC would be publishing this data, but current CDC vaccination data is broken down only by race/ethnicity and shows significant differences, with white Americans far outpacing the percentage of other groups getting a shot. It also shows that the rate of vaccinations among some groups, including Black and Latino Americans, does not match their share of the population, though new CDC data shows there has been some progress on this front in the past two weeks.

Meanwhile, the CDC published a report on May 11 based on the first 3½ months of the U.S. covid-19 vaccination program that described limited race/ethnicity data for those 65 and older who have received at least one vaccine dose. Although the data reflects some gains in vaccination equity, those rates do not hold across different ethnic and racial categories. In addition, about 40% of vaccine records were missing race and ethnicity data.

That made us wonder about the premise of Biden’s statement. We turned to experts for their take.

“As far as I know, there is no comprehensive publicly available data on vaccination rates by race/ethnicity and age,” Samantha Artiga, vice president and director of the racial equity and health policy program at KFF, wrote in an email. “As such, we are not able to assess whether there are racial disparities in vaccinations among people over 65 years of age.”

What about other state-level data or anecdotes that might support Biden’s claim? Let’s dive in and see.

A Small Number of States Report Both Age and Race Together

At least seven states track vaccination based on a combination of age and race, according to Artiga: Michigan, South Carolina, West Virginia, Kansas, Minnesota, Washington and Vermont. (Vermont tracks only two racial categories: non-Hispanic white and a combination of Black, Indigenous and people of color.)

The results from some of these states show that racial disparities do exist in the older age groups.

In Michigan, for instance, over 50% of non-Hispanic white people ages 65 to 74 had completed their vaccinations as of May 11. Other racial groups — non-Hispanic Black people; Asian American and Pacific Islanders; and Hispanics — all trailed by about 10 percentage points. The exception was the Native American and Alaska Natives category, which was within 4 percentage points of white people.

And as of May 11 in Kansas, the rate at which white people in that same age group were vaccinated was higher than the rates of Black people and Native Hawaiian/Pacific Islanders.

In Vermont, for those 65 and up, about 79% of people of color had received at least one dose of the vaccine, compared with 85% of white people as of that date.

“With the exception of Vermont, which has the distinction of being the only state to target BIPOC [Black, Indigenous and people of color] populations by race explicitly, these are examples of states in which the numbers are not doing well in their equity efforts,” Dayna Bowen Matthew, dean of the George Washington University Law School and an expert in racial disparities in health care, wrote in an email.

Minnesota is one of the few states in which people of color are actually being vaccinated at higher rates than white people — with 93% of Asian/Pacific Islanders and 87.5% of Black/African Americans age 65 and over having received at least one shot, compared with 81.5% of white people as of May 11.

Some states are vaccinating similar percentages of their population of Black or Hispanic people, Matthew said, however that data does not distinguish by age group.

According to Bloomberg’s Covid-19 Vaccination Racial Gap tracker, New Mexico, Idaho, Oregon and Utah have vaccinated approximately the same percentage of Black Americans as are represented in each state’s population. Maine, Ohio, Alabama, Louisiana and Missouri have achieved similar population-based rates for the Hispanic population.

KFF provides weekly updates on national and state race/ethnicity data of those who have received vaccinations, which have consistently shown that Black and Hispanic people are receiving smaller shares of vaccinations compared with their shares of the total population, while white people are receiving a higher share. The May 5 weekly update, for instance, found that based on the 42 states that share race/ethnicity data, the percentage of white people who have received at least one covid vaccine dose (39%) was roughly 1.5 times higher than the rates for Black (25%) and Hispanic people (27%). (KHN is an editorially independent program of KFF.)

It’s also important to note that data on race and ethnicity information has not been gathered for many people who have been vaccinated. As of May 3, the CDC reported that race and ethnicity were known for only 55% of all people who had received at least one vaccine dose. And three states, Montana, New Hampshire and Wyoming, don’t report race/ethnicity data at all.

Nneka Sederstrom, chief health equity officer at Hennepin Healthcare in Minneapolis, said that her state has done an “excellent job” vaccinating the 65-and-older population but that there’s still a lot of work to be done to reach communities of color.

We “will need more direct tactics to reach” those who haven’t yet been vaccinated, “and help address any issues of hesitancy due to lack of knowledge or systemic barriers,” Sederstrom wrote in an email.

“The truth of the matter is, the more vaccinators that we can get that are placed where people are every day, where it becomes a routine part of your life, such as going … into your doctor’s office for a regular visit, that’s a winner,” said Benjamin.

But, Dr. Uché Blackstock, founder of Advancing Health Equity, an organization that advocates to end bias and racism in health care, said she would set the bar for vaccine equity success higher than just an equally proportionate share of a certain racial/ethnic population receiving their vaccine doses.

“What success in vaccine equity would look like would be if Black people or Hispanic people were overrepresented in terms of vaccine received since they have been disproportionately impacted by the pandemic,” said Blackstock. So even though Biden quotes these statistics that lack data behind them, if the evidence did support them, it would still not be enough, she said.

In fact, the CDC does describe vaccine equity in those terms: “preferential access and administration to those who have been most affected by COVID-19.”

Biden has repeatedly claimed that vaccination rates among white people and people of color age 65 and older are virtually the same — or even higher among people of color.

No public national data from the CDC or another database has been released to support this assertion.

For the few states that do report data on age and race/ethnicity combined, the numbers suggest that, for the most part, obvious disparities persist in the vaccination rates for white seniors and seniors of color. In several states, vaccine administration rates are more proportional to the percentage of the Black and Hispanic populations, but the data covers all age groups. National data for all age groups also shows that rates of vaccinations for Black and Hispanic people lag behind that of white people.

Existing data paints one story on vaccine equity, while Biden’s words paint another.

Without data to back it up, we rate Biden’s statement False.