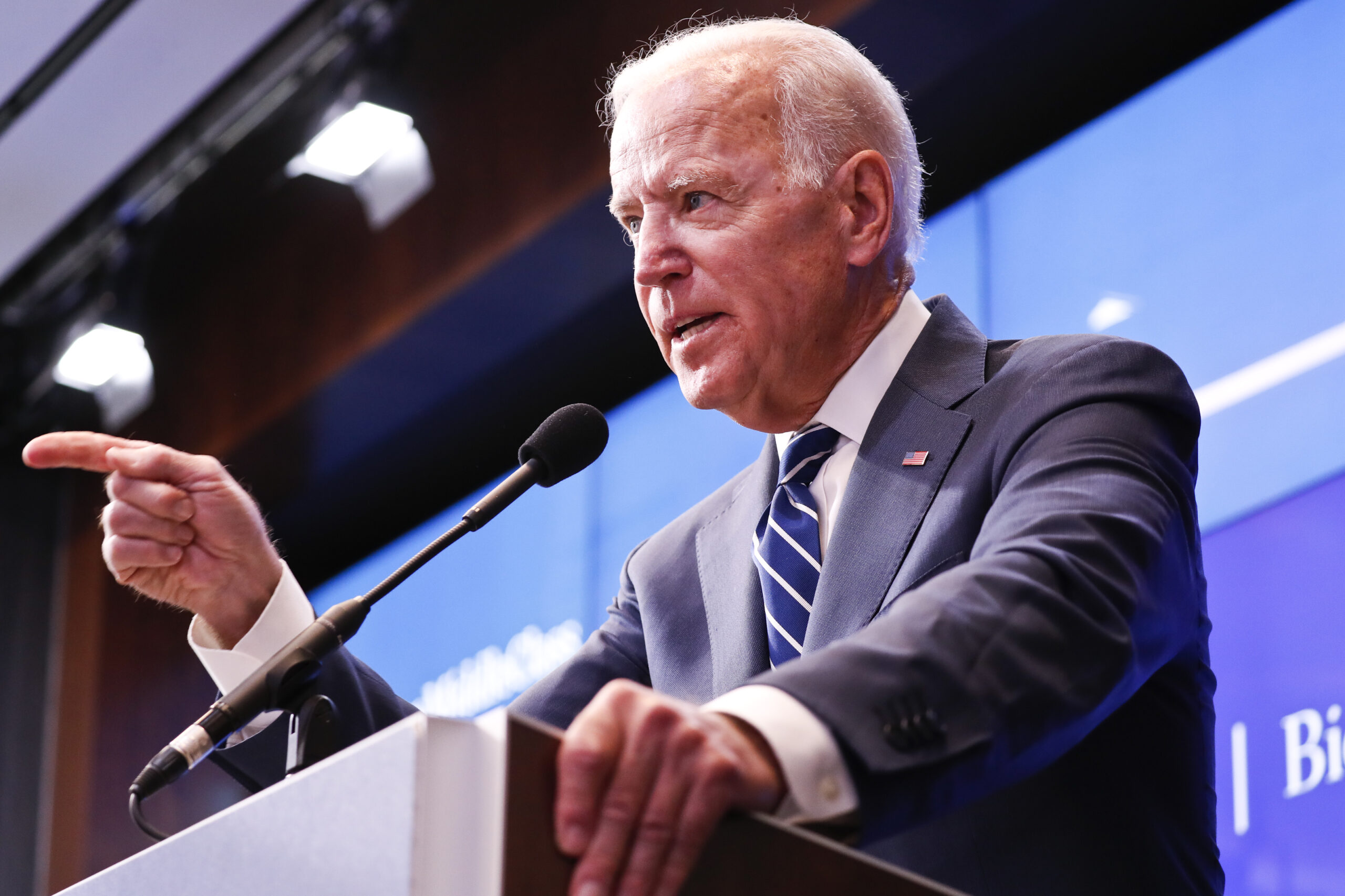 The president laid out several executive actions and made clear he thinks more gun control measures are needed and coming soon. He also urged Republicans to partner with him in passing gun control legislation, including a ban on assault weapons and high-capacity magazines.

“Whether Congress acts or not I’m going to use all the resources at my disposal to keep people safe from gun violence,” Biden said during his speech from the Rose Garden. “There is more Congress can do to help that effort.

“This is just the start,” he said.

Joined by Attorney General Merrick Garland and Vice President Kamala Harris, Biden announced the Department of Justice must issue a proposed rule on what he called “ghost guns,” weapons created by 3D printers that are often without serial numbers, making them difficult to track.

“Individuals can buy kits that contain almost all or all of the parts they need to assemble a gun,” Biden said. “They can put together a working gun in as little as 30 minutes.”

Biden has also instructed the DOJ to release a proposed rule within 60 days focused on modified pistols, arguing they can in some cases be treated like small rifles. The agency also must issue an annual firearms trafficking report, he said.

The most substantive changes to gun policy, though, could come through Congress. Biden called on members to pass gun control legislation, and threw a jab at Republicans unwilling to sign on to his proposed measures.

“They have offered plenty of thoughts and prayers, but they have not passed a single federal law to reduce gun violence,” Biden said. “Enough prayers. Time for action.”

Biden’s legislative proposals include a national “red flag law” and new language to shore up what the president calls background check “loopholes.”

“Congress should close those loopholes and go further, including by closing ‘boyfriend’ and stalking loopholes that currently allow people found by the courts to be abusers to possess firearms, banning assault weapons and high capacity magazines, repealing gun manufacturers’ immunity from liability, and investing in evidence-based community violence interventions,” the White House said in a statement. “Congress should also pass an appropriate national ‘red flag’ law, as well as legislation incentivizing states to pass ‘red flag’ laws of their own.”

Biden pointed to two background check bills that passed the House in March. He also advocated for removing liability protections from gunmakers.

“No matter how long it takes, we are going to get these passed,” Biden said. “I know that the conversation about guns in this country can be a difficult one.”

Republicans were quick to criticize Biden’s plan, arguing the president is abusing his authority and violating the Second Amendment to the U.S. Constitution.

“The right to keep and bear arms is fundamental for preserving our liberty,” U.S. Sen. Ted Cruz, R-Texas, said on Twitter. “The answer is not to restrict the Second Amendment rights of law-abiding citizens. The answer is to go after violent criminals and come down on them like a ton of bricks.”

Critics argue Biden’s measures will do little to stop criminals but will hamper the freedoms of regular Americans.

“President Biden’s executive order on guns operates under same fallacy often committed by gun-control advocates: go after guns that look or sound scary (‘ghost guns’) but are rarely used in crime and, in the process, potentially turn millions of Americans into felons,” said Trevor Burrus, a constitutional expert at the Cato Institute. “Any gun control policy that doesn’t focus on inner city gun violence and suicides with handguns is not a serious attempt to mitigate gun deaths. But the presence of a gun is not the primary cause of interpersonal gun violence and firearm suicides, and we must broaden our search for solutions that do not focus on guns.”

Other critics pointed to the right to self-defense. Julie Gunlock, director of the Center for Progress and Innovation at Independent Women’s Forum, voiced opposition to Biden’s proposed measures, saying they make Americans more vulnerable to crime.

Crime rates have spiked in several cities around the country.

“As we’ve seen over and over again, these measures do nothing to reduce gun violence but they do make people more vulnerable to criminals,” Gunlock said. “People have a right to defend themselves, and the government should have no role in telling people how to do it. President Biden’s [executive order] will only embolden criminals and endanger law-abiding American lives.”

Any serious restrictions on gun rights are likely to face lawsuits. The Trump administration banned bump stocks in 2017, but the U.S. Court of Appeals for the Sixth Circuit issued an injunction against that rule last month, saying it was likely unlawful.

“We will take whatever actions are necessary, possible, and prudent to protect the rights and liberty of law-abiding gun owners and our members against illogical, immoral and unconstitutional laws, government agencies and policies, such as we did in the case of former President Trump’s bump stock ban,” the Firearms Policy Coalition said in a statement.

Biden’s speech laid out the first in what will likely be a prolonged campaign for more gun control regulations and enforcement. As part of that effort, Biden also announced David Chipman as his nominee to lead the Bureau of Alcohol, Tobacco, Firearms and Explosives.

“Finally, none of these measures or any of the other critical law enforcement work the department does with respect to illegal guns can be effectively carried out without strong leadership,” Garland said in his speech following the president. “[Chipman’s] extensive experience as an ATF agent will prove invaluable, and I look forward to working with him.”

This article was originally posted on Biden pitches gun-control measures: ‘This is just the start.’