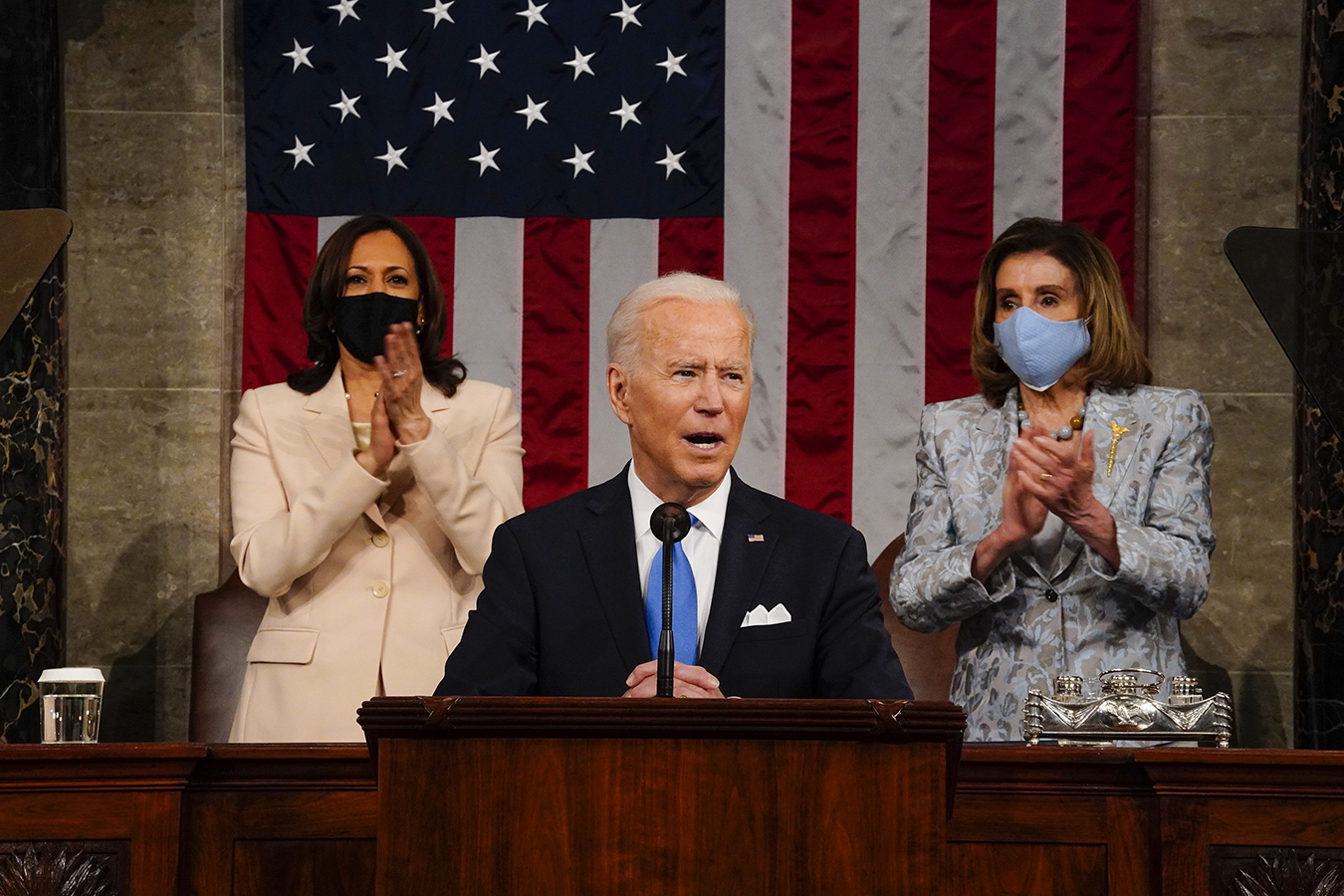 President Joe Biden touted a key part of his education initiative Monday, pushing for two years of free community college nationwide, but some critics question the long-term efficacy of his plan.

Biden spoke at Tidewater Community College in Norfolk, Virginia, to promote his proposal, which would provide, among other things, $109 billion for two years of tuition-free community college.

“Do we want to give the wealthiest people in America another tax cut, or do you want to give every high school graduate the ability to earn a community college degree?” Biden asked during his speech, arguing that 12 years of schooling is not long enough in the modern economy. “That’s why the American Families Plan guarantees four additional years of public education for every person in America – two years of universal, high-quality pre-school and two years of free community college.”

Biden’s community college proposal comes as part of the “American Families Plan,” a $1.8 trillion spending proposal that includes a litany of tax credits in addition to paid family leave and federal funding for universal pre-kindergarten.

To pay for it, the White House has proposed raising the capital gains tax from 20% to 39.6% for individuals earning more than $1 million and increasing the highest marginal tax rate by 2.5 percentage points to 39.5%.

The White House released more details about the plan Monday, which would provide tuition-free community college for two years “so that first-time students and workers wanting to reskill can enroll in a community college without paying tuition and fees.”

The plan would also double scholarships for future teachers to recruit more educators to enter the workforce and “create a new fund to provide educators with opportunities to obtain additional certifications in high-demand areas like special education, bilingual education, and certifications that improve teacher performance.”

Despite Biden’s aggressive spending proposals, the progressive wing of the party is pushing him to do more. Former candidate for president and Sen. Elizabeth Warren, D-Mass., called on Biden Monday to cancel student debt, adding that “then we should invest in free college so that we never have another student debt crisis again.”

Republicans have criticized the proposals for dramatic spikes in federal spending, but a particular provision in Biden’s plan has drawn the ire of many conservatives. One provision of the AFP would allow education benefits to extend to “Dreamers,” non-citizens who whose parents brought them to the U.S. illegally.

Biden has called on Congress to pass legal protection for the “Dreamers.” The AFP would also allow them to receive assistance from the Pell Grant, a grant providing tuition assistance for low-income students that would receive extra funding under the AFP.

Some conservatives have lambasted these provisions, saying American taxpayers should not fund the provision.

“Joe Biden continues to incentivize illegal immigration, while blaming his predecessor and kismet for the inevitable results,” said Ira Mehlman, spokesperson for FAIR. “Everything he has done in his first 100 days has sent a clear signal that not only will illegal immigration be tolerated, it will be rewarded. Leaving aside the obvious question about how he plans to pay for all of his grandiose promises, free college tuition for illegal aliens is yet another costly benefit that he is prepared to bestow on people who violate our immigration laws that will exacerbate the crisis he has already created.

Critics also say the federal payments to community colleges will cause a spike in already sky-high tuition costs.

“It’s easy to forecast what will happen as President Biden and his razor-thin majority of Democrats in Congress send large amounts of taxpayer money to community colleges…” said Sam Karnick, an expert at the Heartland Institute. “Once the federal government started sending increasing amounts of money to colleges and universities beginning a half-century ago and accelerating in recent years, tuition prices skyrocketed and the quality of education went down.”

Karnick also said the amount of federal spending would have to increase over time.

“Congress and the president will of course increase the currently planned [spending] when the tuition hikes and quality declines kick in,” Karnick said. “The ruin of the nation’s education system and crushing effect on the economy will then be complete.”

These and other concerns will likely cause many Republicans to withhold their support. Minority Leader Mitch McConnell, R-Ky., said Monday that no Republicans will support Biden’s two major spending bills, which total roughly $4 trillion.

“I think it’s worth talking about but I don’t think there will be any Republican support, none, zero, for the $4.1 trillion grab bag which has infrastructure in it but a whole lot of other stuff,” McConnell said.

Several states already have tuition assistance programs, raising questions over how those programs will interact and if some states will receive less funding than others because of previously implemented programs.

“Twenty-five states already provide community college free to all residents, so this federal money will just allow those states to spend that money elsewhere and will not expand enrollment at all,” Karnick said.

The White House also has highlighted the roughly 250 rural community colleges around the nation that serve areas with little access to higher education.

Like Biden’s other spending plans, a lengthy battle in Congress and proposed changes from both sides will determine how this proposal shapes up or if the plan ever becomes reality.

“On this National College Signing Day, we celebrate all those students chasing their passions and setting the stage for the future,” Biden said. “Whether you’re committing to community college, technical school, or a four-year college or university – I’m rooting for you in this next big step.”