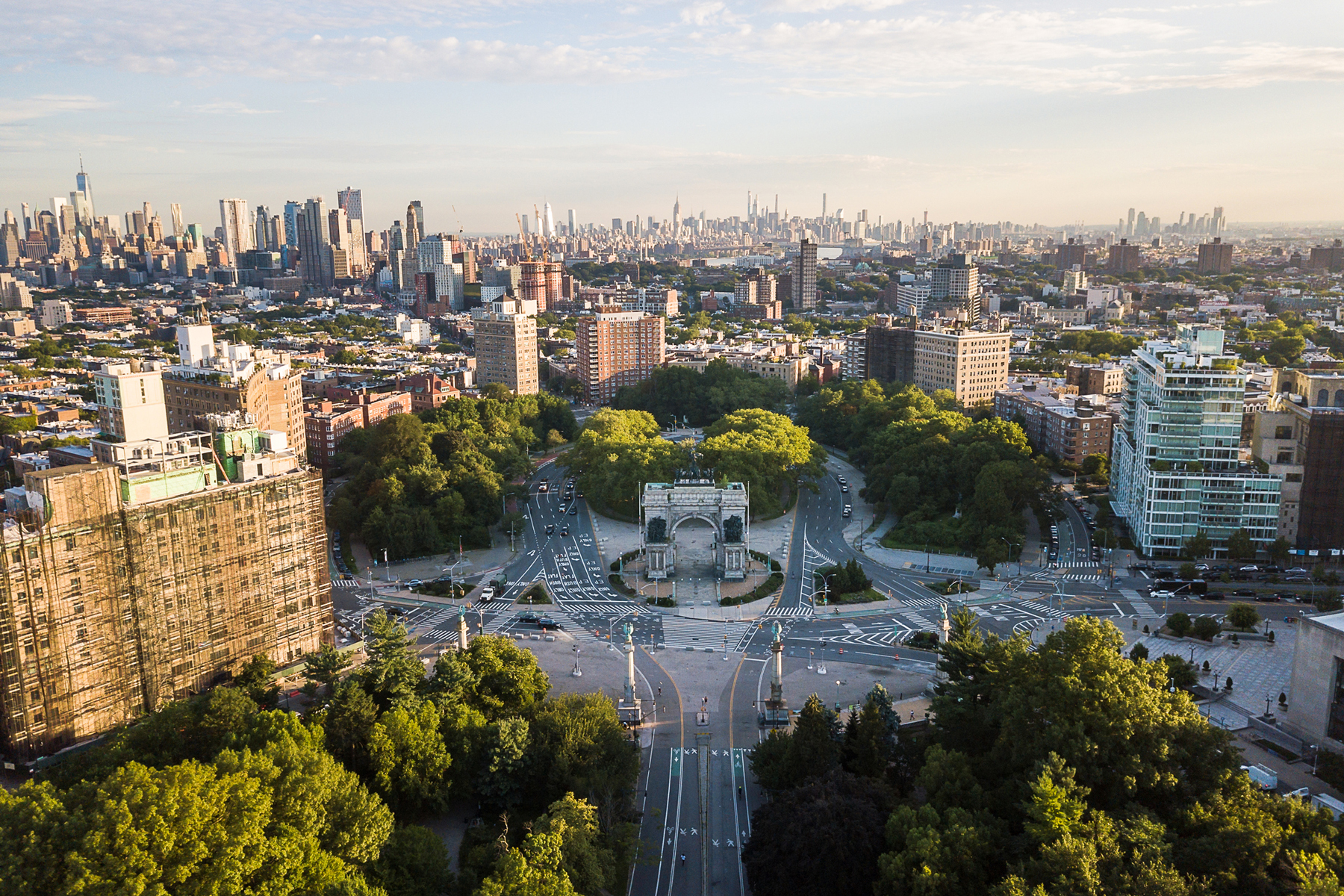 A proposed apartment complex that could overshadow the Brooklyn Botanic Garden may contain no affordable housing under a new alternative unveiled by its developer — yet still qualify for a Trump-era tax break some state lawmakers hope to curb.

The former factory site at 960 Franklin Ave. in Crown Heights is part of an Opportunity Zone, an area designated by Gov. Andrew Cuomo as eligible for 10 years of tax-free earnings for investors under 2017’s federal tax overhaul.

This week some state lawmakers and government-reform groups declared it time to pull the plug, reviving a bill introduced last year by State Sen. Mike Gianaris (D-Queens) that would remove the state component of Opportunity Zone benefits.

“It was a poorly planned program that is being predictably abused by wealthy developers who are experts at manipulating tax benefits,” Gianaris told THE CITY.

Among the two dozen groups and labor unions joining Gianaris and eight Senate co-sponsorsin the push to scrap the state tax break are Reinvent Albany, Make the Road New York and the health care union 1199 SEIU.

Opponents say the tax breaks are gifts to luxury developers.

“Herein lies the problem with Opportunity Zone giveaways — developers see a financial opportunity that purports to benefit the immediate community, even when that community is in staunch opposition to that development,” said bill co-sponsor Sen. Zellnor Myrie (D-Brooklyn).

The Franklin Avenue building site is in Myrie’s district. As proposed, the project would consist of a pair of 34-story rental towers containing 1,578 apartments, with half set aside as affordable.

The developer’s environmental impact review shows the towers would cast shadows on the Botanic Garden. Opponents, including the garden’s leaders, say that would mar the 52-acre Brooklyn oasis and threaten plant life.

That project needs approvals from the City Planning Commission, City Council and mayor under a review process launched earlier this month. In December, de Blasio called the plan “grossly out of scale with the neighborhood” and urged its developers “to go back to the drawing board.”

One alternative unveiled this week — also needing city approvals — would reduce the building’s height to 17 stories and slash the number of affordable rental units.

Another version would be even shorter — but would contain only condominiums, with no affordable housing, according to developer Continuum Company. The all-condo proposal could be constructed without new approvals, the developer asserts.

Continuum presented its plans to a virtual Brooklyn Community Board 9 meeting on Wednesday.

Community members pressed Continuum representative William Wallace IV for details about shadows and other impacts of the 17-story fallback concept.

One community member noted the importance of sunlight for human and plant life and asked: “How do you sleep at night knowing what you propose to cause?”

“To be candid, sometimes I don’t sleep at night, but it’s not about that. Those are not the reasons,” replied Wallace.

“Continuum has vastly underestimated the resolve of this community and how hard we are willing to fight for our neighbors,” said Michael Hollingsworth, a candidate running for term-limited Laurie Cumbo’s Council seat.

Myrie said under no circumstances should the state provide a tax break.

“Every major stakeholder in the process — community residents, Brooklyn Botanic Garden, the City Council representative, community board, City Planning Commission and mayor — have opposed iterations of this plan,” he said. “For the state to turn around and say, ‘We hear you, but will hand out this tax break anyway’ would be an affront to the community and taxpayers across the state.”

In Florida, ProPublica reported, owners of a superyacht marina planning a luxury tower development there successfully appealed to that state’s governor to get their site included.

At a national conference on Opportunity Zones this week, Harvard and Brookings Institution scholars questioned the program’s effectiveness based on preliminary data, writing: “The hope of this program is that it would generate neighborhood revival, yet we find little evidence to support this view at this early date.”

A major real estate industry group said it would be a mistake to ban the benefit in New York.

“We are in an economic crisis in which, for example, citywide construction activity has hit its lowest level in nearly a decade,” said James Whelan, president of the Real Estate Board of New York. “If the program needs modifications, they should be considered. But why would we discourage investment in historically underserved neighborhoods?”

A 2019 Citizens Budget Commission study estimated that the state would annually give up $63 million, in addition to the city losing $31 million annually, because of the tax breaks.

In Brooklyn, Continuum Company and its partners on 960 Franklin Ave. had already announced the proposal for twin towers shortly before Congress introduced the tax bill containing Opportunity Zones. Then-President Donald Trump signed the measure into law in late 2017.

The timing suggests the project was viable even before the tax break became law. It wasn’t until the following year that Cuomo’s Empire State Development and Homes and Community Renewal agencies announced the sites eligible for tax benefits, including large sections of Crown Heights.

Empire State Development did not respond to a request for comment.

The AFL-CIO Housing Investment Trust is investing in the project, Wallace said at the meeting, using pension funds from union workers. Continuum has committed to using union labor for construction.

Gianaris’s bill would decouple the city and state’s tax codes from the federal Opportunity Zone program, allowing more investment income to be taxed.

“There’s going to be individual projects that are more or less worthy of assistance,” Gianaris said. “But by and large, this is an abused program that was not a state initiative, that would cost the state tens of millions of dollars that we don’t currently have.”

John Kaehny, executive director of Reinvent Albany, pointed to the number of city Opportunity Zones that encompass prime real estate, such as waterfront tracts near Hudson Yards and the United Nations.

“What you see is a pattern again and again of luxury condo development or big, big development projects that were already underway, and then were designated for more tax abatements, essentially a subsidy from federal and state taxpayers,” he added.