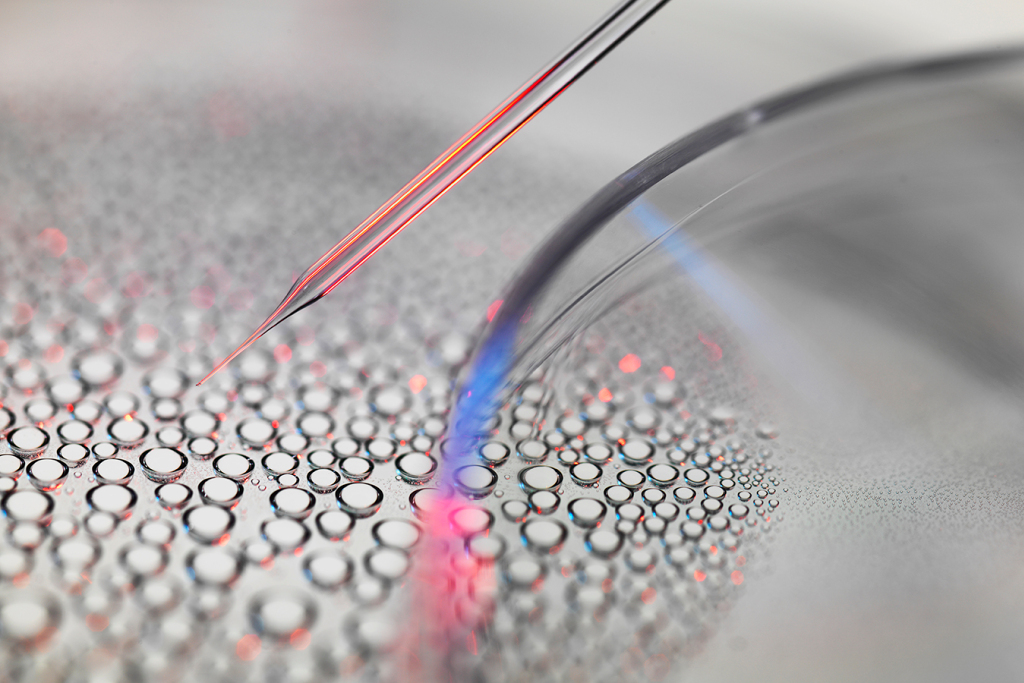 SACRAMENTO — In an election year dominated by a chaotic presidential race and splashy statewide ballot initiative campaigns, Californians are being asked to weigh in on the value of stem cell research — again.

Proposition 14 would authorize the state to borrow $5.5 billion to keep financing the California Institute for Regenerative Medicine (CIRM), currently the second-largest funder of stem cell research in the world. Factoring in interest payments, the measure could cost the state roughly $7.8 billion over about 30 years, according to an estimate from the nonpartisan state Legislative Analyst’s Office.

In 2004, voters approved Proposition 71, a $3 billion bond, to be repaid with interest over 30 years. The measure got the state agency up and running and was designed to seed research.

During that first campaign, voters were told research funded by the measure could lead to cures for cancer, Alzheimer’s and other devastating diseases, and that the state could reap millions in royalties from new treatments.

Yet most of those ambitions remain unfulfilled.

“I think the initial promises were a little optimistic,” said Kevin McCormack, CIRM’s senior director of public communications, about how quickly research would yield cures. “You can’t rush this kind of work.”

So advocates are back after 16 years for more research money, and to increase the size of the state agency.

Stem cells hold great potential for medicine because of their ability to develop into different types of cells in the body, and to repair and renew tissue.

When the first bond measure was adopted in 2004, the George W. Bush administration refused to fund stem cell research at the national level because of opposition to the use of one kind of stem cell: human embryonic stem cells. They derive from fertilized eggs, which has made them controversial among politicians who oppose abortion.

Federal funding resumed in 2009, and thus far this year the National Institutes of Health has spent about $321 million on human embryonic stem cell research.

But advocates for Proposition 14 say the ability to do that research is still tenuous. In September, Republican lawmakers sent a letter to President Donald Trump urging him to cut off those funds once again.

The funding from California’s original bond measure was used to create the new state institute and fund grants to conduct research at California hospitals and universities for diseases such as blood cancer and kidney failure. The money has paid for 90 clinical trials.

A 2019 report from the University of Southern California concluded the center has contributed about $10.7 billion to the California economy, which includes hiring, construction and attracting more research dollars to the state. CIRM funds more than 56,500 jobs, more than half of which are considered high-paying.

Despite the campaign promises, just two treatments developed with some help from CIRM have been approved by the Food and Drug Administration in the past 13 years, one for leukemia and one for scarring of the bone marrow.

But it’s a bit of a stretch for the institute to take credit for these drugs, said Jeff Sheehy, a CIRM board member who does not support the new bond measure. He said the agency funded the researcher whose lab discovered and developed the drugs, but CIRM holds no rights to those drugs and doesn’t receive royalties from them.

The state has received about $518,000 in revenue from licensing other institute-funded discoveries, such as devices, McCormack said.

McCormack also pointed to some promising stem cell therapies still in clinical trials, such as a treatment that has cured 50 children of severe combined immunodeficiency, a genetic disorder often called “bubble baby” disease, and others that have led to “dramatic” improvements in paralysis and blindness, he said.

The campaigns for both bond measures may be giving people unrealistic expectations and false hope, said Marcy Darnovsky, executive director of the Center for Genetics and Society. “It undermines people’s trust in science,” Darnovsky said. “No one can promise cures, and nobody should.”

Robert Klein, a real estate developer who wrote both ballot measures, disagrees. He was inspired to invest in stem cell research after he lost his youngest son to Type 1 diabetes. He said some of CIRM’s breakthroughs are helping patients right now.

“What are you going to do if this doesn’t pass? Tell those people we’re sorry, but we’re not going to do this?” Klein said. “The thought of other children needlessly dying is unbearable.”

Sheehy, who has served on the agency’s board for 16 years, said he’s proud of the work the institute has done but believes it should be funded through the legislature, not by borrowing more money.

“The promise was that it would pay for itself and it hasn’t,” Sheehy said. “We can’t really afford it, and this is the worst way to pay for it.”

Even if CIRM isn’t turning a profit, some researchers and private companies are benefiting from the public money. Take the company Forty Seven Inc., named after a human protein and co-founded by Irving Weissman, director of Stanford University’s stem cell research program. The state stem cell agency awarded more than $15 million to Forty Seven, and $30 million to Weissman at Stanford for research.

That money fueled research that uncovered a promising treatment for several different cancers. Gilead Sciences, the pharmaceutical giant, bought Forty Seven in 2018 for $4.9 billion. Of that, $21.2 million went back to CIRM to pay back Forty Seven’s research grants, with interest.

“Gilead will make far more than that if it turns out to be lucrative,” said Ameet Sarpatwari, a professor of medicine at Harvard Medical School who studies drug development.

Because this kind of work is both expensive and risky, private companies are reluctant to pay for early research, when scientists have no idea if their work will yield results, let alone profits, Sarpatwari said. So the state pays for this work, and drug companies come in to finance later-stage research once a molecule looks promising — and ultimately reap the profits.

Case in point: Fedratinib, one of the two FDA-approved drugs funded partly by CIRM, can cost about $20,000 for 120 capsules, according to GoodRx.

“We’re socializing the risk of drug development and privatizing the gains,” Sarpatwari said.

On paper, the institute has stricter pricing regulations than the NIH, which does not require that drugs developed with public money are accessible to the public. In California, companies have to submit plans for how uninsured patients will get medicine and are required to sell those medications to the state’s public health programs at a specified rate.

But in practice, the regulations have never really been tested.

Proposition 14 would add a new rule. It would take the money California makes from royalties and use it to help patients afford those treatments. It also benefits drug companies: Whatever revenue the state makes from these drugs will go back to the companies in the form of state-financed patient subsidies.

The measure also would establish a new working group (complete with 15 new, full-time staffers) that would help make clinical trials more affordable for patients by paying for lodging and transportation to the trials.

And it would increase the size of CIRM’s governing board from 29 to 35. This contradicts recommendations from the Institute of Medicine, which suggested shrinking the board to avoid conflicts of interest. Klein argues the extra board positions are necessary to represent different regions and areas of expertise.

Ultimately, California voters must weigh the possibility of new treatments against the cost of financing them with debt.

“We want to develop new therapies, and initiatives like what California is doing are well positioned to do that,” Sarpatwari said. “But at the end of the day, they’re only as good as people being able to access them affordably.”