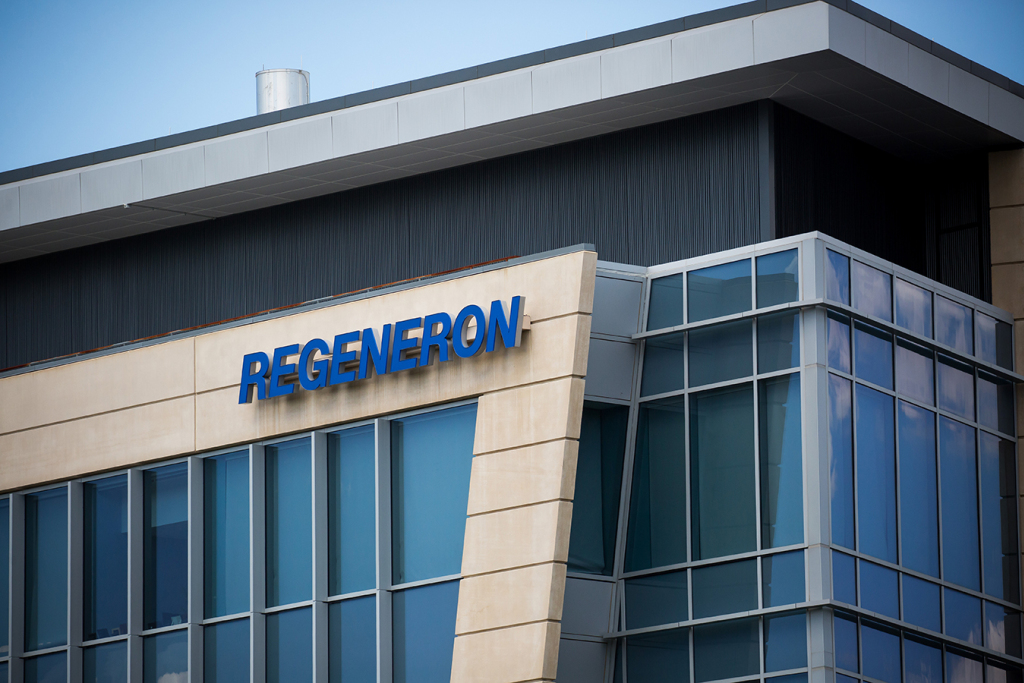 When Terry Mutter woke up with a headache and sore muscles on a recent Wednesday, the competitive weightlifter chalked it up to a hard workout.

By that evening, though, he had a fever of 101 degrees and was clearly ill. “I felt like I had been hit by a truck,” recalled Mutter, who lives near Seattle.

The next day he was diagnosed with COVID-19. By Saturday, the 58-year-old was enrolled in a clinical trial for the same antibody cocktail that President Donald Trump claimed was responsible for his coronavirus “cure.”

“I had heard a little bit about it because of the news,” said Mutter, who joined the study by drugmaker Regeneron to test whether its combination of two man-made antibodies can neutralize the deadly virus. “I think they probably treated him with everything they had.”

Mutter learned about the study from his sister-in-law, who works at Seattle’s Fred Hutchinson Cancer Research Center, one of dozens of trial sites nationwide. He is among hundreds of thousands of Americans — including the president — who’ve taken a chance on experimental therapies to treat or prevent COVID-19.

But with nearly 8 million people in the U.S. infected with the coronavirus and more than 217,000 deaths attributed to COVID, many patients are unaware of such options or unable to access them. Others remain wary of unproven treatments that can range from drugs to vaccines.

“Honestly, I don’t know whether I would have gotten a call if I hadn’t known somebody who said, ‘Hey, here’s this study,’” said Mutter, a retired executive with Boeing Co.

The website clinicaltrials.gov, which tracks such research, reports more than 3,600 studies involving COVID-19 or SARS-CoV-2, the virus that causes the disease. More than 430,000 people have volunteered for such studies through the COVID-19 Prevention Network. Thousands of others have received therapies, like the antiviral drug remdesivir, under federal emergency authorizations.

Faced with a dire COVID diagnosis, how do patients or their families know whether they can — or should — aggressively seek out such treatments? Conversely, how can they decide whether to refuse them if they’re offered?

Such medical decisions are never easy — and they’re even harder during a pandemic, said Annette Totten, an associate professor of medical informatics and clinical epidemiology at Oregon Health & Science University.

“The challenge is the evidence is not good because everything with COVID is new,” said Totten, who specializes in medical decision-making. “I think it’s hard to cut through all the noise.”

Consumers have been understandably whipsawed by conflicting information about potential COVID treatments from political leaders, including Trump, and the scientific community. The antimalarial drug hydroxychloroquine, touted by the president, received emergency authorization from the federal Food and Drug Administration, only to have the decision revoked several weeks later out of concern it could cause harm.

Convalescent plasma, which uses blood products from people recovered from COVID-19 to treat those who are still ill, was given to more than 100,000 patients in an expanded-access program and made widely available through another emergency authorization — even though scientists remain uncertain of its benefits.

Regeneron and the pharmaceutical firm Eli Lilly and Co. have both requested emergency use authorization for their monoclonal antibody therapies, even as scientists say such approval could jeopardize enrollment in the randomized controlled trials that will prove whether or how well they work. So far, about 2,500 people have enrolled in the Regeneron trials, with about 2,000 of them receiving the therapy, a company spokesperson said. Others have received the treatment through so-called compassionate use programs, though the company wouldn’t say how many.

Last week, the National Institutes of Health paused the Lilly antibody trial after an independent monitoring board raised safety concerns.

“With all of the information swirling around in the media, it’s hard for patients to make good decisions — and for doctors to make those decisions,” said Dr. Benjamin Rome, a general internist and health policy researcher at Harvard Medical School’s Portal program. “You shouldn’t expect that what you’ve heard about on the news is the right treatment for you.”

Even so, people facing COVID shouldn’t be afraid to question whether treatment options are available to them, Rome said. “As a doctor, I never mind when patients ask,” he said.

Patients and families should understand what the implications of those treatments might be, Totten advised. Early phase 1 clinical trials focus largely on safety, while larger phase 2 and phase 3 trials determine efficacy. Any experimental treatment raises the possibility of serious side effects.

Ideally, health care providers would provide such information about treatments and risks unprompted. But during a pandemic, especially in a high-stress environment, they might not, Totten noted.

“It’s important to be sort of insistent,” she said. “If you ask a question, you have to ask it again. Sometimes you have to be willing to be a little pushy,” she said.

Patients and families should take notes or record conversations for later review. They should ask about financial compensation for participation. Many patients in COVID-19 trials are paid modest amounts for their time and travel.

And they should think about how any treatment fits into their larger system of values and goals, said Angie Fagerlin, a professor and the chair of the population health sciences department at the University of Utah.

One consideration may be the benefit to the wider society, not just yourself, she said. For Mutter, helping advance science was a big reason he agreed to enroll in the Regeneron trial.

“The main thing that made me interested in it was in order for therapeutics to move forward, they need people,” he said. “At a time when there’s so much we can’t control, this would be a way to come up with some kind of a solution.”

That decision led him to Fred Hutch, which is collaborating on two Regeneron trials, one for prevention of COVID-19 and one for treatment of the disease.

Mutter was the second person enrolled in the treatment trial at Fred Hutch, said Dr. Shelly Karuna, a co-principal investigator. The study is testing high and low doses of the monoclonal antibody cocktail against a placebo.

“I am struck by the profound altruism of the people we are screening,” she said.

Mutter isn’t sure how he contracted COVID-19. He and his family have been careful about masks and social distancing — and critical of others who weren’t.

“The irony now is that we’re the ones who got sick,” said Mutter, whose wife, Gina Mutter, 54, is also ill.

Mutter knows he has a 1-in-3 chance that he got a placebo rather than one of two active treatment dosages, but he said he was willing to take that chance. His wife didn’t enroll in the trial.

“I said, there’s some risks involved. We’re taking one for the team here. I don’t think we both need to do that,” he said.

So far, Mutter has struggled with a persistent cough and lingering fatigue. He can’t tell if his infusion has been helpful, never mind whether it’s a cure.

“Just no way of telling if I got the antibodies or not,” he said. “Did I get them and that kept me out of disaster, or did I get the placebo and my own immune system did its job?”

This article was originally published on Can Ordinary COVID Patients Get the Trump Treatment? It’s OK to Ask