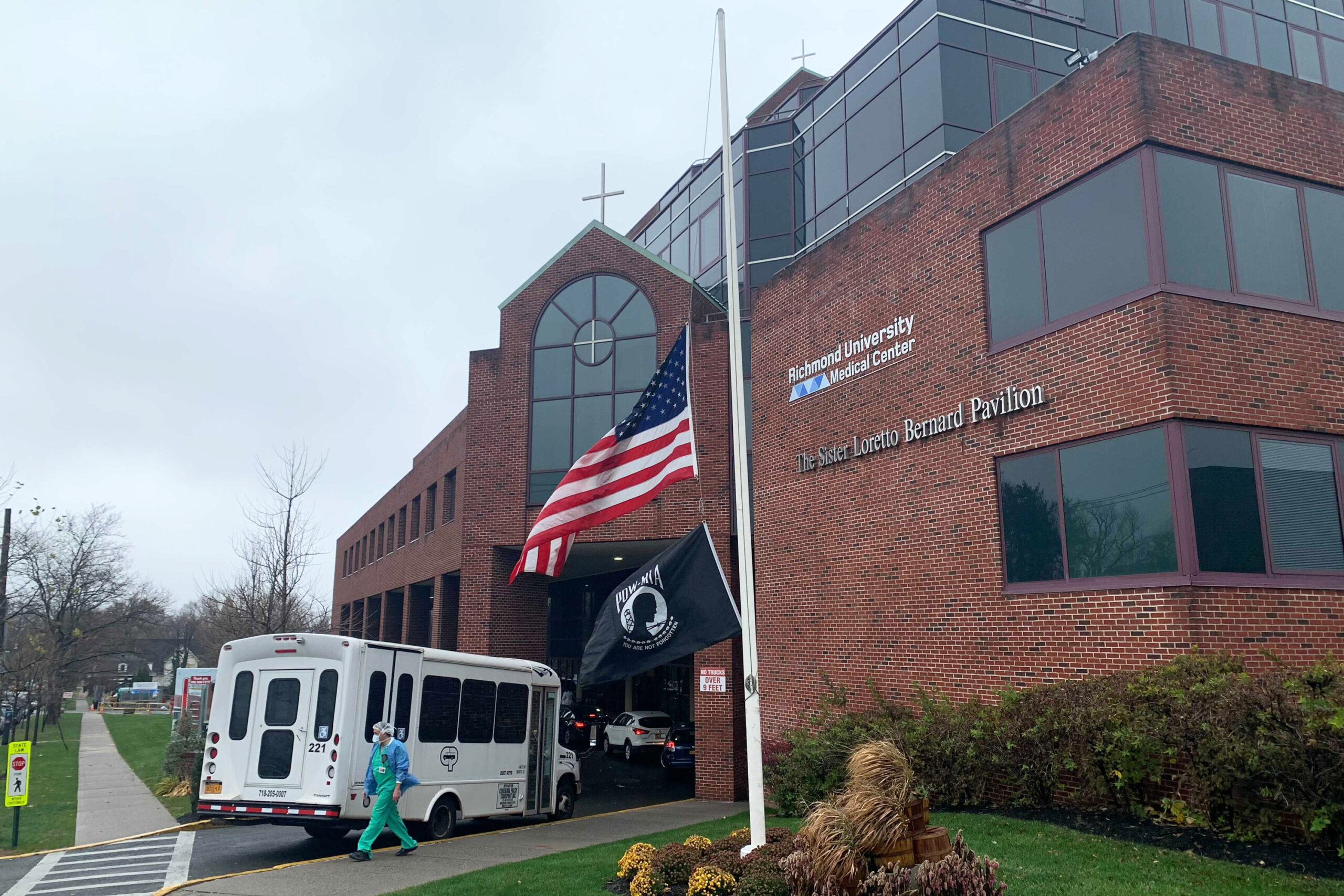 The last time New Yorkers elected a new mayor, only a single primary hopeful — then-city Comptroller John Liu — even spoke about opening a public hospital on Staten Island, the only borough without one.

Now, eight years and one pandemic later, mayoral candidates are talking about a range of ways to increase public health services on the island.

“Yes, it is difficult to build an H and H hospital on Staten Island, But difficulty should not be the reason not to stop the inequities,” said Adams during a February Zoom forum hosted by Staten Island Democrats.

Support from a new mayor on increasing public health spending would mark a sea change for local officials, who’ve long struggled to cobble support from outside the borough for a new public hospital.

Last spring, as COVID-19 quickly spread, Councilmember Debi Rose (D-Staten Island) called for one of the borough’s private hospitals, Richmond University Medical Center, to be funded as if it were a public facility. She argued that RUMC “serves the same population as a public hospital would.”

The idea failed to gain any traction then, but now two mayoral candidates are also advocating to use Health + Hospitals’ budget to expand the borough’s healthcare infrastructure rather than building a new hospital from the ground up.

Garcia, who has spoken about courting Staten Island voters, said she’d like to see an increase in capital funding to Richmond University Medical Center (RUMC) and Staten Island University Hospital (SIUH), the private hospital systems that serve the borough.

“I’ve been in your emergency rooms, I know how crowded it is. If we funded the expansion of those hospitals now, it could happen much more quickly” than building a public hospital, Garcia said. “And use H and H for their urgent care centers and double down on telehealth.”

McGuire committed to building more urgent care centers run by Health + Hospitals in the borough and mused about potential public-private partnerships to increase medical services. The city did open Gotham Health Vanderbilt, a $36 million primary care clinic in Clifton, in 2018.

“We can’t wait three, to four, to five years to get a hospital built. We need them built today. We need to make them part of H+H,” said McGuire. “And if we can’t make them part of that then we need to come in and make public-private partnerships so that we can get immediate urgent care centers into Staten Island.”

RUMC and SIUH already receive some government support, aside from Medicaid and Medicare insurance payments, but it’s irregular and often in reaction to immediate needs.

Council members advocate almost every year for funding for the two hospitals, especially RUMC, which is most accessible to residents of Staten Island’s North Shore, a diverse area with the borough’s highest share of residents living in poverty.

RUMC’s current emergency room was built in 1978 to serve around 25,000 people a year. Today, that ER sees 60,000 to 65,000 patients annually. A new unit, set to open in spring 2022, will be designed to meet the swelling demand. Staten Island lawmakers steered a combined $26 million in public dollars to help the project.

Rose wants to make that sort of funding more consistent.

“I want RUMC to receive the same resources that H+H hospitals are because, in reality, it serves the same population that a public hospital would,” Rose told THE CITY late last year.

Staten Island University Hospital, which is part of Northwell Health, New York’s largest health system, received $28 million from City Hall in 2014 for storm resilience and $1.3 million from the City Council in 2008 for a new emergency room.

But larger, systematic, attempts to increase healthcare have been typically quashed.

Staten Island’s two state senators have long carried a bill that would allocate 10% of NYC Health + Hospitals’ nearly $8 billion annual budget to be spent on Staten Island’s health care infrastructure, though only 5.7% of New Yorkers live in the borough.

But lobbyists for the Mayor’s Office always argue against it, according to State Sen. Diane Savino (D-Staten Island, Brooklyn).

Laura Sword, president of the Democratic Organization of Richmond County, said that Liu’s 2013 support had marked the last gasp from anyone close to City Hall until recently.

Being by far the smallest borough and one that’s home to only 4% of the city’s Democrats hasn’t helped the cause.

“I was pleasantly surprised” by the changing tide, said Sword. “I expected to hear, ‘Well these candidates didn’t commit to a public hospital.’ What I got was, ‘Thank God, we’re hearing realistic answers and people who are committing to things that are feasible and immediate.’”

Some leading candidates running for local Council seats and Staten Island borough president told THE CITY that they also support the creation of a public hospital. But almost all added that sustained public revenue to the two existing private hospitals is also an acceptable option.

“We need a champion in the CIty Council to begin the work in earnest to obtain one, and I plan to be that champion,” said Kamillah Hanks, who’s running in a crowded North Shore Democratic primary race for City Council. “In the interim, we must ensure that our current hospitals get the funding they need.”

‘You Have to Build Pressure’

Councilmember Steven Matteo, the Republican Party-backed candidate for borough president, told THE CITY that “mayoral administrations have not been helpful in providing crucial resources for our borough’s health care infrastructure.”

He pointed to his past work with colleagues in the Council to secure millions of dollars for RUMC and SIUH to upgrade resiliency measures as a path forward.

“In an ideal world, Staten Island would have already had a public hospital like every other borough in this city,” Matteo said in a statement. “But the priority has to be to provide immediate resources to the facilities we have now.”

Councilmember Joe Borelli (R-Staten Island) told THE CITY he’s supportive of additional funding, but said that an additional city-run hospital would be one too many.

“The need is for funding,” said Borelli, a Republican. “We don’t have the population to support an additional full-service hospital and sending one-third of our patients to a city hospital. It will put one of our existing hospitals out of business.”

“We all know people who travel to Manhattan for services, but are any of them going to Bellevue?” Borelli asked, referring to a city-run hospital.

Some, though, still argue that fighting for a public hospital is the only way forward.