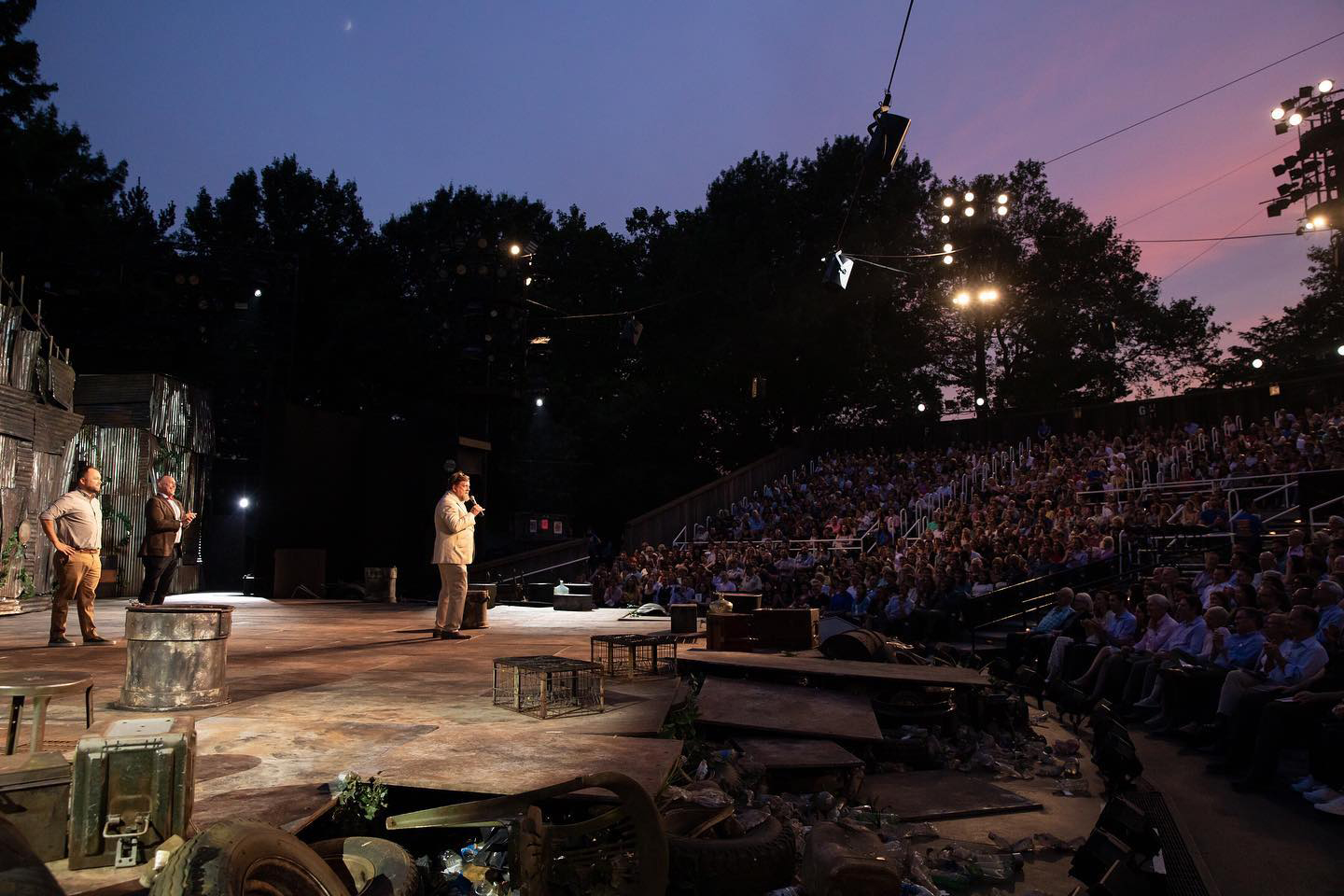 The Muse Hotel in Times Square tried with very little success to navigate the coronavirus pandemic. It closed when the economy paused last year, reopened three months later and shut its doors again on Jan. 3.

“We just weren’t able to grow the business,” said Matt Hurlburt, the general manager. “We were averaging 20% occupancy with average room rates 40% of what they would normally be.”

But now the hotel is scheduled to reopen on March 24 just as Gov. Andrew Cuomo lifts COVID-19 quarantine rules on all domestic travelers. And Hurlburt is optimistic that tourism is about to begin its comeback.

“I feel good about the end of the year being our best time period in 2021,” he added. “I base that on expectations about the success of the vaccine rollout, how people’s savings are up and the pent-up demand for people to get out and start to get on the road again.”

New York City lost a record 631,000 jobs last year. And no two sectors of the city’s economy have been hit harder than tourism and the arts, which rely on visitors for the majority of their audience. The pandemic plunge of tourism is the key reason why New York City’s economy ranks 81st out of 82 metropolitan areas for job losses, according to economist Barbara Denham of Oxford Economics.

Both sectors were thriving before the coronavirus struck New York a year ago.

Leisure and hospitality jobs, which includes restaurants and hotels, had soared to about 475,000 at the end of 2019, an increase of 100,000 during the last decade of ever larger numbers of tourists flocking to the city.

The arts thrived as well, according to a recent report from New York State Comptroller Thomas DiNapoli, providing full- or part-time jobs for 93,500 people and another 31,000 freelancers, an increase of 42% over the past decade.

The plunge has been wrenching.

‘Selling Into a Void’

Just over half of the leisure and hospitality jobs have disappeared. The percentage is even higher in the arts and entertainment sector, where two-thirds are gone. The number of tourists declined to an estimated 23 million last year from 67 million in 2019.

“For the last eight months of 2020 it was like selling into a void,” said Edward Shapard, general manager of The Dominick hotel, formerly known as the Trump Soho. “It was not an issue of could we drop rates. No one was coming to New York and the state didn’t want anyone coming.”

A week before the pandemic, average hotel occupancy stood at 72%, according to STR, a global hospitality data and analytics company. A month later it had hit 20%. Numbers climbed to almost 50% as medical workers and homeless people were given lodging but then fell back to less than 40%.

In response, a large number of hotels have closed, reducing the number of available rooms to 91,000 from 123,000, according to a recent industry presentation by NYC & Co., the city’s tourism arm. (NYC & Co. declined comment for this story.)

Another sign of the impact: Occupancy taxes collected by the city fell from $468 million, reduced by the early months of the pandemic, to an estimated $90 million in the fiscal year that ends this June 30.

Even as spring beckons, tourists are scarce. This week, the once bustling corner of Seventh Avenue and 41st Street was quiet with lunchtime business slow at Red Lobster. Ruby Tuesday across the street was closed and not a single customer could be found in the I Love New York gift shop.

Shapard is planning to reopen The Dominick in the late spring but with an unusual strategy. With rates for hotels in Lower Manhattan at what he calls unsustainable levels, he will start by concentrating on luring tourists to the 10 penthouses and his other suites, which together account for 37% of The Dominick’s capacity.

“We see high-end travel opportunities,” he said. “People who have lots of money want to travel.”

While so many people’s finances have been crippled by the pandemic, others who kept their jobs have socked away money. Total U.S. household savings have soared to $3.9 trillion, up from $1.4 trillion in February 2020.

The Dominick employed 280 people when the pandemic hit and laid off 98% of them. About a quarter will get their jobs back when the hotel reopens, more than half may be recalled after a month and Shapard hopes to have everyone back in the fall.

Both Hurlburt and Shepard are pinning their hopes for the summer on an increase in events being programmed outdoors around the city, including Shakespeare in the Park.

The two hotel general managers believe one that will lure people to the city is Lincoln Center’s Restart Stages program. The effort is part of the Cuomo administration’s NY PopsUp program.

“By offering our 16 acres of outdoor space to cultural organizations from Brooklyn to the Bronx,” said Clive Chang, Lincoln Center’s chief strategy and innovation officer, “we’re helping to get artists and arts organizations back to work.”

Many members of the shell-shocked theater world are proceeding more cautiously.

Playwrights Horizons on West 42nd Street was buzzing a year ago. It had just opened a new musical called “Unknown Soldier” to a packed house and was well into rehearsals for a production of “Selling Kabul.”

“Everyone grabbed what they thought they would need for two or two and a half weeks,” recalled Leslie Marcus, who has been the managing director since 1993. “Pretty quickly the reality set in and my life was running numbers morning, noon and night, looking at cash flow excessively.’’

The nonprofit theater company received a $1.2 million Payroll Protection Protection loan that allowed it to pay its staff of 48 through the end of June. After that, it furloughed all but 12 workers.

Playwrights Horizons has been able to continue a theater program it runs for NYU remotely and to offer $1,000 grants to 187 artists of all types.

Marcus’ team started a public art program on the façade of the theater. They’re working on a podcast and recording other work digitally. They’re also hoping for a $1.1 million second PPP loan to help bridge an uncertain gap.

She has thought about reopening in November, and wondered whether it might be possible to move the date up. But she is not ready to make any commitments.

This article was originally posted on Can Vaccinations — and Shakespeare — Bring Back New York City’s Lost Tourism and Arts Jobs?