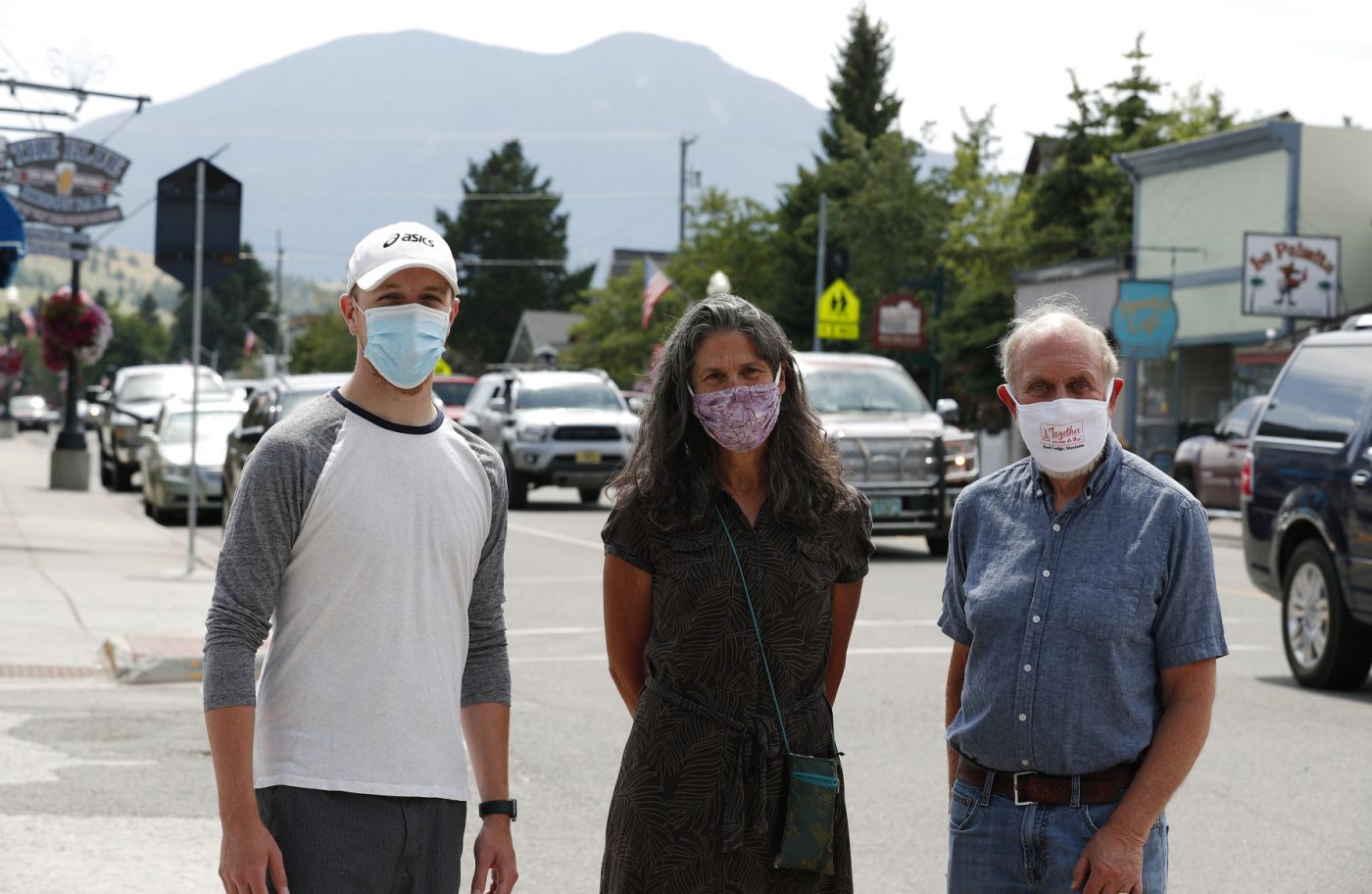 Carbon County has been working to increase mobility for senior citizens and decrease social isolation after it joined a nationwide age-friendly initiative.

The county is one of two localities in Montana working with AARP’s Age-Friendly Network, a network of more than 450 communities in the U.S. that have pledged to improve policy and make changes to be more livable for their older citizens.

Carbon County began work to be more age-friendly in 2018, and while the COVID-19 pandemic has led to some project reevaluations, it’s only highlighted a greater need for age-friendly infrastructure as senior centers close and older folks isolate, said Don Redfoot, board member of the RLACF and a retired AARP employee.

“For many older people and people with disabilities, [COVID-19 isolation] isn’t just a temporary accommodation, it’s become a permanent part of how they live, and that has huge implications for people’s lives and their health and mental health,” he said.

Social isolation and loneliness can be dire for seniors. As a demographic, seniors tend to be more socially isolated from their peers than others. Isolation can exacerbate existing health conditions and lead to self-neglect, depression or despondency.

Montana’s population is the oldest west of the Mississippi, according to median age statistics from the U.S. Census Bureau. By 2030, about 22% of Montanans will be 65 or older, up from about 18% in 2017.

Carbon County has a population of just more than 10,300 and on average skews about 10 years older than Montana’s median age of 39, according to the county. Nearly one-third of the population is 62 years old or older, and the rural county continues to age.

“Our county is older. Montana is older than other states,” Picasso-Edwards said. “We realized we need to support our community in this way.”

The AARP network started in 2012 and is in partnership with the World Health Organization’s global age-friendly network.

The AARP network connects towns to resources, experts and policy makers, and holds local governments and organizations accountable for being age-friendly, said AARP senior operations specialist Steve Reiter. Reiter is based in Miles City and is the co-lead for Montana’s age-friendly and livable initiatives.

“AARP has a vast resource library to help communities,” he said.

Aside from providing guidance, the program creates deadlines for participating communities to develop tangible plans on programs and policies. That’s done through a five-year action plan submitted by the community and approved by AARP.

“There are no rules as far as how a community goes about defining how they want to be age-friendly,” Reiter said, adding that the goal is for communities to continue an age-friendly commitment well beyond five years.

The action plan should tackle at least one of AARP’s eight domains of livability: outdoor spaces and buildings, transportation, housing, social participation, respect and social inclusion, work and civic engagement, communication and information, and community and health services.

Carbon County is focusing on the transportation and communication domains, which should dovetail into other domains like social inclusion and respect, Picasso-Edwards said.

AARP does provide some community grants each year to those in the network. Bozeman received a grant this year for work on expanding transportation in the city.

While AARP is primarily focused on the elderly, the network argues that being age-friendly ends up creating policies and infrastructure that benefits all ages.

“This is particularly important given the rapid growth of Bozeman,” Cheryl Bartholomew, the chairperson of the Bozeman chapter of the AARP network, said.

Bozeman was the first Montana city to join the network, in 2017. Carbon County followed the next year, and Lewis and Clark County is in the application process, Reiter said.

Membership in the network has led to many communities achieving tangible change.

According to an AARP survey, about 60% of 99 communities that have completed an action plan achieved a change in age-friendly policy.

Policies most commonly changed were in housing, transportation and health and community services.

Progress in Bozeman has been slow but steady, Bartholomew said.

The Bozeman chapter is completing a “Vial of Life” project to help EMTs and first responders locate a patient’s relevant medical information, like allergies to medication, in homes and cars when responding to emergencies, Bartholomew said in an email.

Bozeman’s major project, an all-ages inclusive community center project, has been two years in the works, she said. Montana State University architecture students this fall will propose to the city a design for the center.

Working with AARP streamlined the process, given support from experts, data and resources, Bartholomew said.

Joining the network was catalyzing for the Bozeman community, and it appears to be having the same effect in Carbon County.

“[AARP] enabled us to take it to the next level, which is to really do a thorough analysis of the county characteristics and where the needs would be,” Redfoot said.

To decrease the isolation many seniors feel, Picasso-Edwards and the Red Lodge Area Community Foundation have worked on several programs to increase communication and activity among seniors as part of the AARP action plan the foundation submitted earlier this year.

Picasso-Edwards worked to increase circulation of a quarterly age-friendly newsletter, which has been vital to communicating information to seniors during the pandemic, she said.

Other programs implemented to help with social isolation and senior connections include Caring Cards, a pen-pal project that connects seniors to middle-school-age children in Red Lodge.

There’s a senior farmers market nutrition program that disburses $50 vouchers for seniors to use at Red Lodge’s farmers markets and at some vendors and garden stands throughout the county.

“We’re trying to consistently connect, and I think it’s working,” she said.

But the biggest gap in care for seniors in Carbon County is transportation. During a community survey in 2018, the lack of transportation for the elderly emerged as the top concern for seniors in five of the six towns surveyed in the county. Surveys were conducted at churches, libraries and senior centers.

In rural areas, public transportation can be all but nonexistent. Even in bigger cities, like Billings, a regular bus route may not fit the needs of a senior or a person with a disability, Reiter said.

That means fewer trips to the grocery store, doctor appointments or even to see friends and families.

To counter that, Picasso-Edwards and the county’s Transportation Action Committee composed of local stakeholders have been developing CART, or Carbon County Area Ride & Transit.

The three-day demand-response transit would be free or low-cost. Riders would schedule a ride 24 hours in advance and a bus or van would pick them up within three miles of a county-wide loop. Picasso-Edwards also hopes to include monthly rides to Billings, mainly to health care facilities.

The transit system is far from completion. The Montana Department of Transportation awarded grants to the system, but matching funds are still needed, according to Tracy Timmons, executive director of RLACF.

Approval from RLACF board members is still needed, but Picasso-Edwards is hopeful the transit program could begin by November.

Timmons said approval by the board would be contingent on securing about 60% in matching funds from the state.

Still, the selling point to the RLACF board, and to locals, is decreasing social isolation and giving a boost to the local economy.

Jodi Berry, the director of Richland County Transportation Services, said the county has seen seniors remain independent for longer since the implementation of its transit program in 2006.

The service started small, much like Carbon County’s plans, but has now expanded to nine buses and provides about 50,000 rides per year.

Although the county doesn’t track this, anecdotally, Berry said, there’s been a decrease in missed hospital appointments, as well.

The article was published at Carbon County, aiming to be age-friendly, aligns with national network