Please ensure Javascript is enabled for purposes of website accessibility Chicago says teachers must get vaccinated by Oct. 15 or be ineligible for work - Mid Year Media Review
Skip to content 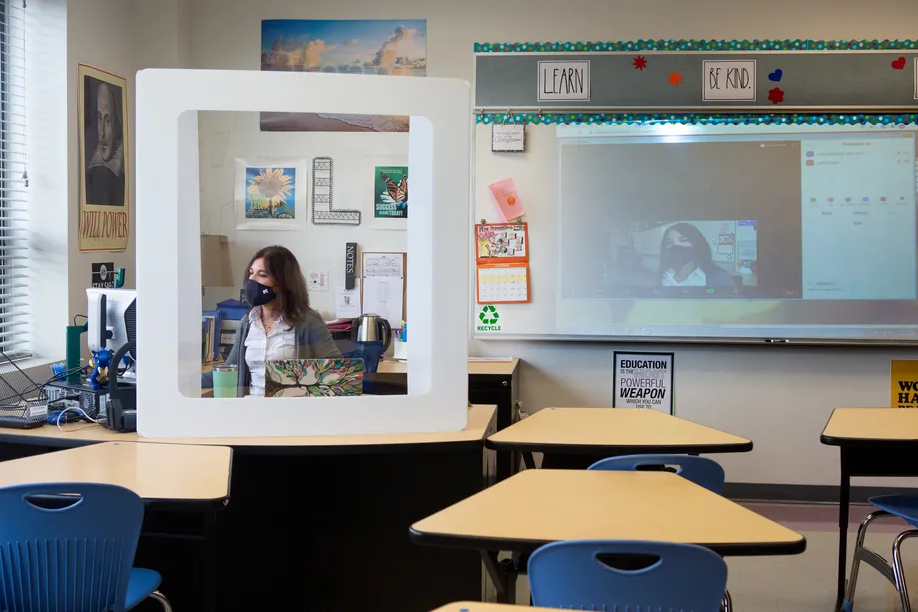 Chicago Public Schools will require all Board of Education employees to be vaccinated by Oct. 15 unless they qualify for a medical or religious exemption, the district announced Friday.

School-based teachers and staff, central office, regular vendors, and network employees who aren’t fully vaccinated or can’t provide documentation of an exemption by the deadline will be ineligible to work for the district until they submit proof of inoculation or exemption.

Until the Oct. 15 cutoff, staff who aren’t vaccinated will be required to take a COVID-19 test at least once a week, the district said. As of August, 68% of district employees have been fully vaccinated, according to self-reported district data. Among teachers, that rate is higher, with 82% reporting that they are fully vaccinated.

Chicago joins a handful of other big city districts where vaccines will be mandatory for teachers, including Denver, Washington D.C., and Cincinnati. Many of those orders have come from city and state governments, rather than districts. Most notably, California’s governor announced this week that all teachers must be vaccinated or tested weekly by mid-October. New York City’s mayor announced in July that teachers must be vaccinated or submit weekly testing by the time school starts in September.

The mandates reflect concerns for the safety of students and staff as schools reopen for in-person learning amid a surge in COVID-19 cases nationwide and the emergence of the highly contagious delta variant, which is driving a rise in childhood COVID-19 cases.

The Chicago Teachers Union said Friday that it welcomed the mandate and urged the district to commit to additional safety and recovery measures before schools reopen, such as strengthening and expanding the school vaccination program.

Chicago school district officials and the CTU are currently trying to reach a back-to-school agreement on a winnowing time frame. One of the areas of disagreement had been the frequency of COVID-19 testing and who would get tested; the district said earlier this week it would offer weekly testing to all students, regardless of vaccination status. Testing of vaccinated students had been a point of contention with the union.

But several lingering areas of disagreement remain, including whether to quarantine vaccinated students if COVID-19 cases are reported. The union has argued that the public school district should continue a set of spring metrics that triggered the temporary closure of classrooms, schools, or even the district as a whole. The district essentially wants to eliminate an automatic threshold.

Chicago previously implemented a surveillance testing program that made COVID-19 tests available for 25% of teachers and staff each week, but district data showed that, by spring, significant numbers of teachers refused the weekly tests. Some educators have complained the testing program was flawed and that tests were not as readily available as the district claimed.

Chicago Department of Public Health commissioner Allison Arwady assured parents in a Tuesday livestream it is safe for students to return to classrooms. Although more young people are testing positive for coronavirus in Chicago, Arwady said the delta variant doesn’t appear to be making them sicker than previous strains. Chicago’s positivity rate currently sits at 3.9%.

As of Aug. 11, 41.4% of children and 64.3% of adults in Chicago are fully vaccinated, according to city data. Low vaccine uptake had been a point of concern among district officials. In a July board meeting, officials shared data showing that, by the end of July, about three-quarters of available appointments and walk-ins at the district’s vaccine distribution points were going unfilled.

Illinois Gov. J.B. Pritzker has issued a vaccine mandate for some state employees, such as those who work in congregant care facilities, but the state so far has stopped short of any such requirement for teachers.

The leaders of the country’s two national teachers unions have also voiced support for vaccine mandates. The National Education Association’s president called the requirements an “appropriate, responsible, and necessary step” on Thursday, while the American Federation of Teachers’ president personally backed mandates earlier this week. The official position of the AFT, of which the Chicago Teachers Union is an affiliate, is that unions and districts should collaborate on requirements before they are decided.

CPS launched three school-based vaccination sites in July for students, family, and staff and is also offering vaccines at some of its Back-to-School Bashes as it prepares for school to reopen Aug. 30. The city’s calendar of vaccination events can be found here.

This article was originally posted on Chicago says teachers must get vaccinated by Oct. 15 or be ineligible for work