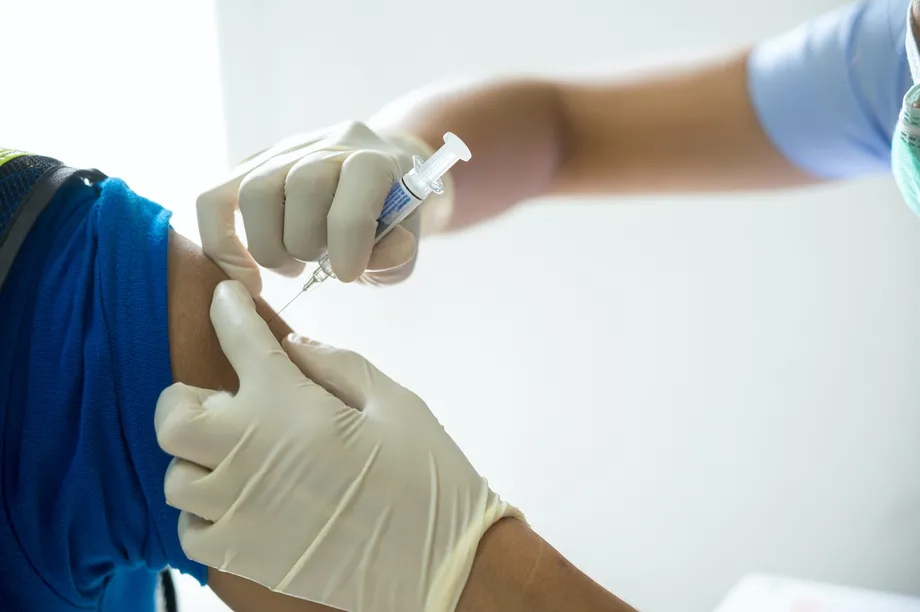 Chicago’s teachers union wants school district officials to agree to help vaccinate the majority of eligible students and to guarantee teleworking options for some teachers before reopening schools this fall.

In the proposal made public Tuesday, the district would work with city health officials to vaccinate 80% of eligible students before Oct. 1 through a mix of school-based clinics and coordination of home-based vaccination visits.

“CPS and CTU agree on returning to in-person school five days per week next school year, and we look forward to considering CTU’s proposal at the negotiating table,” the district said in a statement when asked to comment on the CTU’s demands.

Under the union proposal, Chicago Public Schools would extend into the fall its current rules requiring indoor mask wearing, safety screenings before entering buildings, and social distancing metrics set by the state health department and school board, which currently remain at six feet. According to the union, district officials and union leadership were set to discuss the demands Tuesday afternoon.

The fall proposal again puts district officials and union leadership in murky territory about whether Chicago must reach a separate agreement to reopen schools in the COVID-19 era. Previous efforts to reopen schools this past fall and winter without full cooperation from the union led to a tense standoff and months of delays.

This time, however, the state school board has said it will move to limit eligibility for remote learning to students who are medically fragile. With the state’s order likely on the way, it’s not clear whether the school district must seek a new agreement with the union to fully reopen schools in fall.

Janice Jackson, who wrapped up her term as district CEO last week, said reaching an agreement with the union is important for a smooth reopening, but she suggested the district is not legally required to do so.

Earlier this month, Los Angeles Unified officials and union leaders there agreed to a side letter for fall reopening that included continued mask wearing, safety screeners, and ongoing COVID-19 testing when schools reopen this fall.

Across Illinois, district superintendents have been pressuring the state school board to release updated guidance about masking, social distancing, and other logistics as they grapple with drafting fall reopening plans and negotiating with teachers. Social distancing — and revising rules down to three feet — has been a particular point of concern, with district leaders arguing they cannot fully reopen schools if social distancing guidelines are not revised.

Carmen Ayala, the state’s school superintendent, has said Illinois is waiting for recommendations from the Centers for Disease Control and Prevention and the state public health department and that more updated rulemaking should be forthcoming.

With conflicting guidelines emerging across the country about masking and vaccination policies, the American Federation of Teachers has asked the CDC for more national guidelines around vaccination, masking, and social distancing protocol for schools.

In its proposal, Chicago’s teachers union said it was seeking an agreement through January 2022 that would reach beyond such logistics..

The union wants the district to grant permission to work from home through January to any employees at a higher COVID risk who are unvaccinated for medical or religious reasons. It also wants any other unvaccinated employees to still be eligible for unpaid leaves with full benefits — proposals that could potentially create staffing challenges for the district. Teachers granted teleworking accommodations would be hired to staff the district’s centralized “virtual academy” for medically fragile students, the proposal suggests.

The union also wants the district to pay for an additional counselor, social worker, nurse, restorative justice coordinator, and librarian on each campus. In the union’s 2019 contract, the district agreed to staff a social worker and nurse at every school, but those positions were to be phased in over multiple years. Librarians typically are funded at the school level, not from central budgeting.

The union also is asking the district to provide rent assistance to families experiencing housing instability and to meet twice monthly with city officials to help connect some students with more secure housing.

The proposal also lists several demands around ventilation, including use of some federal emergency funds for structural upgrades to school buildings and targets for the number of fresh air changes per hour that filtration units should log.

The union also is asking the district to immediately reverse the layoffs of 269 teachers this June.

Parents have appeared at recent Chicago school board meetings to speak in favor of reaching an agreement with the union quickly to create stability for students and families leading into the school year. Interim CEO Jose Torres has vowed to bring students back to in-person classrooms full-time this fall.