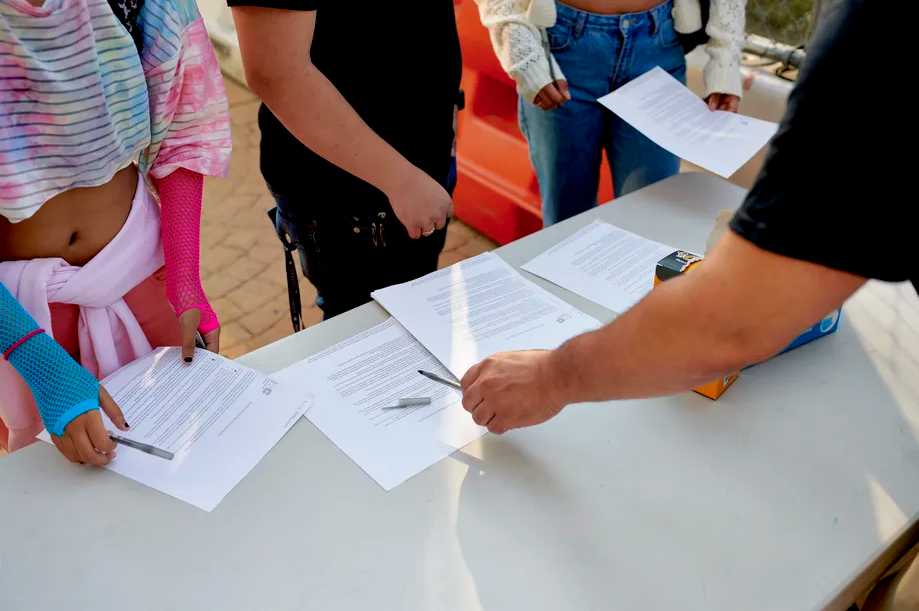 Chief Health Officer Dr. Kenneth Fox acknowledged “improvement is necessary” to Chicago’s Board of Education on Wednesday after parents and educators testified to delays and problems with contact tracing as well as the rollout of a campus-based COVID-19 testing program.

The contact tracing department will grow to more than 80 people, Fox said, and response time will be narrowed to 48 hours. He did not share the district’s deadline to meet those promises.

The district initially said it was starting the year with about two dozen contact tracers. But that has not proven sufficient when there are surges in cases, such as after Labor Day travel.

That creates confusion when there are cases at schools, teacher Carrianne Scheib testified Wednesday.

About 20% of Scheib’s school, Wells Community Academy High School, was quarantined after the first weeks of school, she said. “Protocols are not being followed. Self-reporting is not consistently happening. Contract tracing is not accurate in part because of the lack of contact tracers,” Scheib said.

In addition to adding staff, Chicago Public Schools is reducing the number of questions contact tracers ask, training more central office and network staff to step in when there are surges, and starting morning huddles with the city’s health department to more quickly identify where it needs help, officials said Wednesday.

“A big part of this is humility and learning from mistakes and things you didn’t anticipate,” said Fox.

School districts across the country have struggled to set up contact tracing programs, establish campus-based testing, and boost student vaccination rates — roles unprecedented for public schools. Chicago, where only about 40% of eligible students are vaccinated, has faced an extra challenge with leadership vacancies in its top three offices, a reality that board member Elizabeth Todd-Breland acknowledged.

“The central office is spread thin in this moment of leadership transition,” she said. Chicago’s incoming CEO, Pedro Martinez, is scheduled to start on Sept. 29, and the board on Wednesday voted to move ahead with his hire. A permanent CEO, she said, will “help us to gain stability we need to tackle these things.”

Also under public scrutiny Wednesday was Chicago’s twice-delayed rollout of COVID-19 testing and its inconsistent approach to quarantining students and communicating with families who did not feel safe sending children to school.

Chicago’s campus-based COVID-19 program is being managed by Massachusetts-based vendor Thermo Fisher. District officials said 314 schools will offer testing this week of more than 500 district-run campuses and that background checks with the testing vendor have caused some of the testing delays.

But tepid response to the opt-in program — and poor communication at some schools around it — also appear to be a logistical challenge. So far, only about 10,000 students and staff have opted into the testing program, according to data shared Wednesday.

Speaking earlier in the morning at a press conference at a West Side elementary school, teachers union president Jesse Sharkey said a robust testing program and a stepped-up effort to vaccinate eligible students would allow the district to quarantine fewer students. Quarantine is a “crude measure” to rein in COVID transmission, he said, sending home students who ideally should be able to continue learning in person.

The union said Wednesday that 10,000 students are in quarantine across the city — a number the district hasn’t confirmed and one that represents fewer than 3% of Chicago Public Schools students. (Board members were presented one-day quarantine data on Wednesday that showed more than 3,800 students were quarantined on Sept. 17.)

Parents shared concerns about inconsistent quarantine practices and how individual schools are responding to families who have deemed a return to school too risky. Parent Brenna O’Brien unrolled a taped-together quarantine flowchart that showed how district protocol asks children to isolate at home in six different situations — including travel out of state — but requires schools to offer remote learning only in cases of a confirmed at-school exposure.

Michael Thorpe, the parent of a senior at Chicago Vocational Career Academy in Calumet Heights, also lobbied the board to extend remote learning to his son, who has been out of school for 16 days. Thorpe’s mother died from coronavirus, and the danger just “hits close,” he told the board.

Thorpe is worried his son will be unenrolled from school and not receive his diploma.

In response, the district’s interim chief education officer, Maurice Swinney, said the district was not unenrolling students who are not coming to school for safety reasons. Currently they will be “deactivated,” which means they can re-enroll and not lose their spot, but it was not clear how long they could retain that status and return to school.