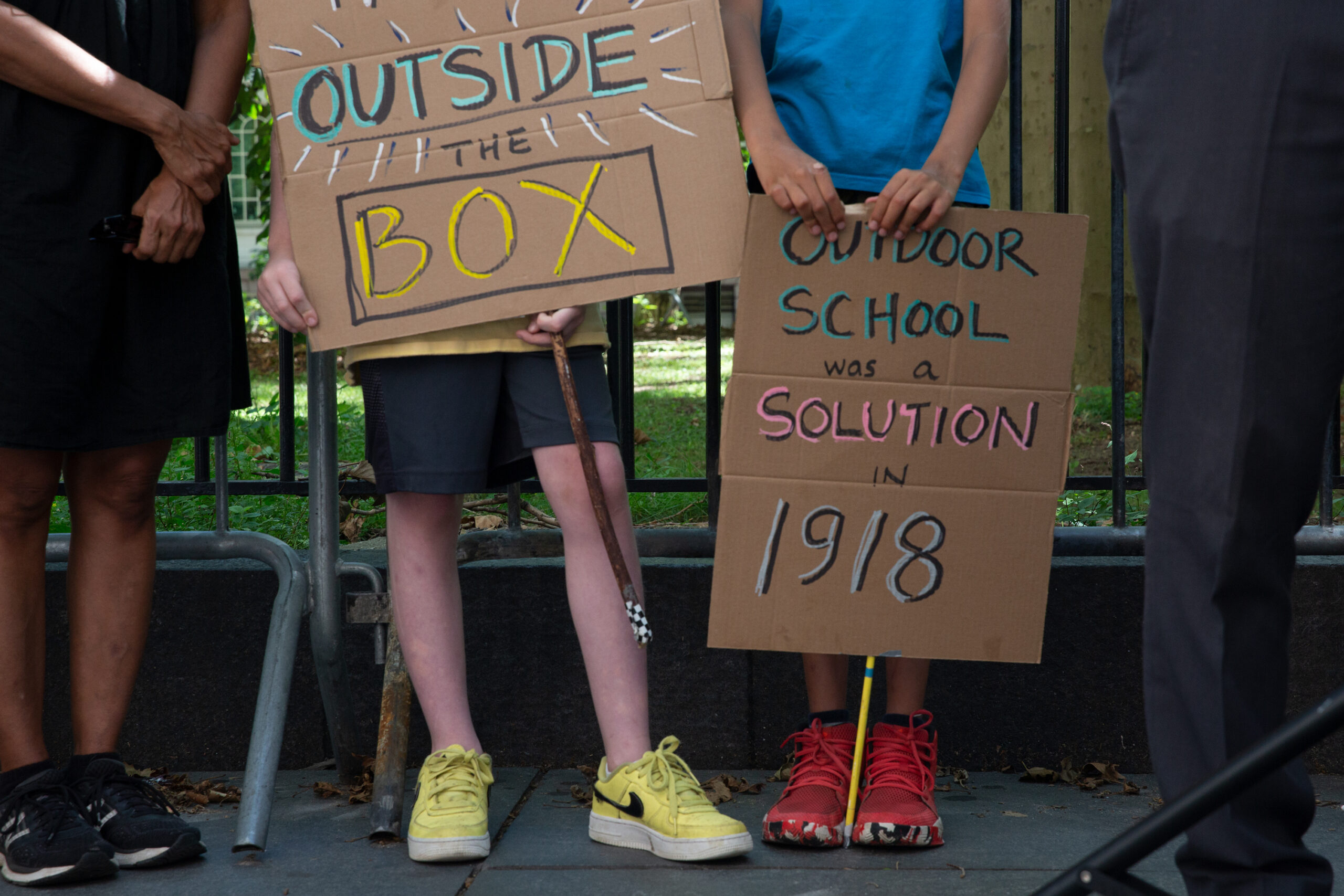 New York high schoolers may soon be able to forgo one of their required Regents exams if they can prove they understand the role of government in their lives.

State education officials have proposed creating a “seal of civic readiness” that students can earn by completing projects and participating in civic-related activities, such as an internship. That seal could count toward one of the required five Regents exams students must take to graduate.

The proposal, revealed at a Board of Regents meeting Monday, comes more than a year after a state task force recommended creating such a seal, in order to bolster civic education and readiness among New York students.

There has been a growing focus in recent years on what civics education looks like inside of schools. In New York, education officials have cited low voter participation as one big reason why it should become a focus in classrooms.

Still, if the Board of Regents approves the proposal, districts would not be required to offer the seal. Districts interested in the seal would have to apply to the state and show how they would implement the changes, which includes tracking students who are pursuing the seal and creating a master list of civics-related courses and service learning opportunities.

If approved, officials expect districts to begin applying and offering the seal in the 2022-2023 school year, following a program piloting it at 50 schools across New York next school year.

The new “civic readiness” diploma pathway would be added to the other so-called 4+1 pathways in science, humanities, arts, career and technical education, career development and occupational studies, world languages, and STEM.

The Board of Regents created these pathways to help more students graduate. Normally, students are required to take five Regents exams in English, science, social studies, and math.

Under the 4+1 pathways, students can switch out their fifth Regents exam for an alternate, state-approved assessment and complete additional coursework in whichever pathway they choose.

‘Got to Move Ahead’

These pathways, which were first offered in 2014, have contributed to the rising graduation rate in New York City. Some have questioned whether the pathways have watered down the rigor of New York’s diploma, but department officials have defended them as giving students different ways to demonstrate proficiency in various subjects.

In order to earn a civics seal, students would have to earn a total six points through various schoolwork and outside activities that demonstrate their knowledge of civics, as well as civic engagement.

For students to demonstrate their engagement, they would need some combination of completing a civics-related project, passing an elective course that “promotes civic engagement,” or participating in a service-learning project or internship. Two points each must be earned under knowledge and participation, while the remaining two points can be earned in either category.

But state officials could tweak the requirements for earning a seal after the pilot program next school year, said Marybeth Casey, assistant commissioner for the state’s Office of Curriculum and Instruction and Early Learning. Of the 133 schools that have applied to participate in the pilot, eight are public high schools in New York City, according to a spokesperson for the state education department.

A vote on the proposal isn’t expected until September, but board members have generally expressed support for these changes since last year. On Monday, one regent urged a faster timeline ahead of future local and state elections.

“This seems to me something that we cannot ignore for any period of time,” said Regent Roger Tilles, who represents Long Island. “We’ve got to move ahead.”