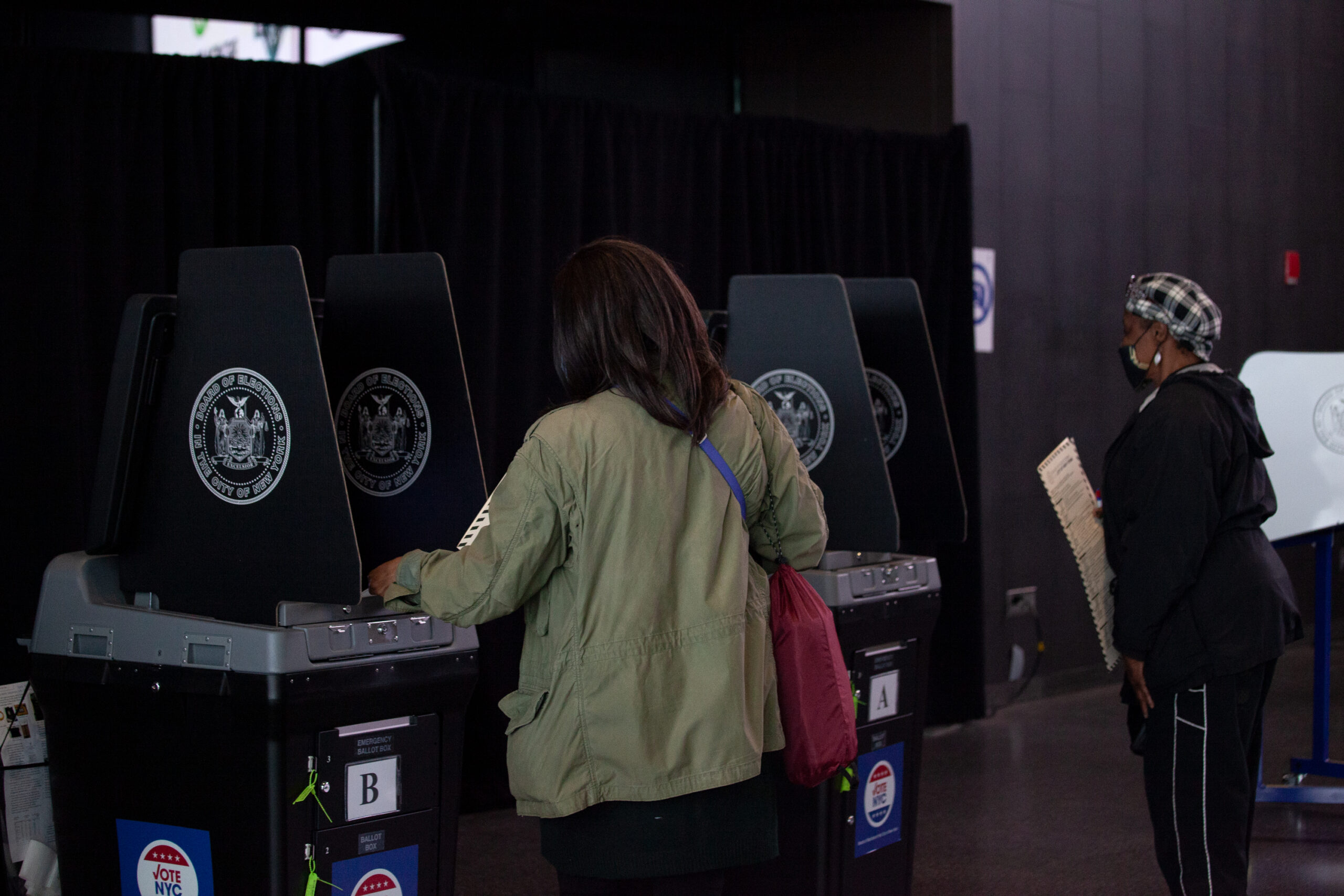 We’re officially six weeks out from Primary Day on June 22.

But there’s another date you need to mark on your calendar: May 28. That’s the last day you can register to vote in the June 22 primary.

To help make sure that as many New Yorkers as possible participate in choosing our next leaders, here’s a breakdown of who has the right to vote in New York, how to register and how to help someone register to vote.

If you’re already registered to vote, feel free to share this post with others. As we’ve said what seems like a million times, these elections will be crucial in shaping the city’s post-pandemic future.

Who has the right to vote in New York?

To be able to cast a ballot in New York, you need to be a U.S. citizen who has lived in the city/state for at least 30 days, not currently incarcerated for a felony conviction and at least 18 years old.

If you turn 18 on or before June 22, you’ll be able to vote, so make sure you register now. And remember, all 16 and 17 year olds can pre-register to vote, which means you automatically become a registered voter the day you turn 18.

Can I vote if I am an immigrant?

If you have become a naturalized U.S. citizen since moving here, you can vote.

Otherwise, you can’t vote in New York… yet. A coalition of nonprofit organizations has been pushing to expand city voting to nearly 900,000 immigrants across the five boroughs, including green card holders, DACA recipients and people with certain work permits.

Paul Westrick, senior manager of democracy policy at the New York Immigration Coalition, said: “It’s a huge population of New Yorkers who may not have the piece of paper that they’re a citizen, but they’re New Yorkers. We have folks who are woven into the fabric of New York City and who are being taxed but not represented.”

The expansion has broad support in the City Council, among a few borough presidents, numerous local state and federal elected officials and even from some mayoral candidates, but it will not pass before this year’s elections. If the measure passes later, it would mean non-citizen immigrants with certain statuses could vote in New York City municipal elections, but not in statewide or national contests. Keep your eyes out for 2023.

What if I’ve been convicted of a felony?

Big news: Just last week, Gov. Andrew Cuomo signed a law that gives people back their right to register to vote as soon as they’re released from prison. That includes everyone still on parole or probation, even those convicted of a felony.

“Anyone who has been formerly incarcerated and is now out in the community has the right to vote. There’s no sort of question or anything like that,” said Nick Encalada-Malinowski, director of VOCAL-NY’s Civic Rights Campaign.

In 2018, Cuomo issued an executive order that granted the right to vote to most but not all people on parole through a partial pardon process. It was a little confusing, so the new law clears it up and makes the right permanent for anyone who has been formerly incarcerated.

To be clear, because there is a lot of confusion and misinformation about this: State law now says if you were incarcerated and now you’re out, you have the right to register to vote.

When someone is released from prison, they do need to re-register to vote, even if they were a registered voter before they were incarcerated.

What if I’ve moved? Do I need to re-register?

If you’ve moved from out of state, you need to re-register. But if you’ve moved from somewhere else in New York, you just need to file a change of address request with the Board of Elections/post office/DMV so you can vote in your current district. You can do that here.

How do I register to vote?

You have a few options:

If you have a New York driver’s license or state ID from the Department of Motor Vehicles, you can register online using this tool from NYC Votes and TurboVote.

If you don’t have a New York driver’s license or state ID, the law requires that you sign a form and mail it to the Board of Elections office.

You can use this site to have the forms mailed to you, or you can download and print the forms yourself to fill out and mail in. If you request to have the forms sent to you, they come with a pre-addressed envelope to return them.

You will be asked to plug in your name as it appears on your state ID. If you don’t have one, that’s OK. Just put how your name appears on official documents.

If you need language access or you want to help someone register to vote in another language, you can download the registration forms and FAQs in a bunch of languages here.

You can also request voter registration forms in various languages by calling 1-866-VOTENYC.

Lastly, you can pick up voter registration forms at any library branch, any post office or any city agency office.

After you fill them out, mail them to the BOE’s main office:

And make sure it’s postmarked by May 28.

Other materials needed: If you don’t have a state ID, you will need to provide the last four digits of your Social Security number.

To vote in the June 22 election, you have to register with a party

If you want to vote in the primary election next month, you need to register with a party. This is because New York has what’s called a closed primary.

For example, to choose from the 13 Democratic candidates for mayor, you need to be registered as a Democrat. If you’re not affiliated with a party or you’re registered as an independent, you can’t vote in the primaries.

According to city Campaign Finance Board officials, there were nearly 5 million registered voters in New York City as of March. Of those, about 3.3 million are registered Democrats and eligible to vote in the Democratic primaries. Just under 500,000 are registered Republicans in the city who may vote in Republican primaries. About a million voters are either registered with a third party or have no party affiliation, so they can’t vote in the primary. If you want to vote June 22, check your party.

The deadline to switch parties was Feb. 14, so it’s too late to change your party before the primary.

Once again, you have to register by May 28. New York does not have same-day registration. If you aren’t already registered and you don’t apply either online or send in your forms, postmarked by May 28, you will not be able to vote in the June 22 primary. Remember: Early voting starts June 12.

This article was originally posted on Can You Vote in New York City’s June 22 Primary Election?